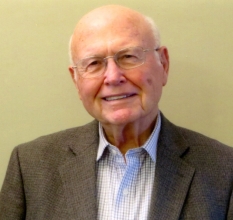 Historically, the Church of God has been committed to sanctification and holiness (uncompromised devotion to God) and has maintained that the Bible strongly prohibits the use of beer, wine, and liquors. An early doctrinal statement of the church’s teaching urges “total abstinence from all liquor and strong drink” (Church of God Evangel, August 15, 1910, p. 3).

Emphasizing this teaching, the Church of God Practical Commitments reminds us of our liberty in Christ (John 8:32, 36; Rom. 6:14; 8:2 NKJV) and counseled us not to put ourselves under bondage (Gal. 5:1). “Therefore, a Christian must totally abstain from all alcoholic beverages and other habit-forming and mood-altering chemical substances . . .” (Minutes of the 75th International General Assembly, 2014, p. 28). Our main focus is on what the Bible teaches about the total abstinence from all social, recreational, or other uses of alcohol.

The Bible and Alcoholic Beverages

Both the Old and the New Testaments employ a number of words for alcoholic drink. The major Hebrew words are yayin (wine) and shekar (strong drink), and the Greek is oinos (wine). Leading Hebrew and Greek lexicons indicate that these Biblical terms refer to drinks that have some alcoholic content. Even sweet or new wine (Hebrew: asis and Greek: gleukos), which was probably still fermenting and thought by many to be mere grape juice, can be intoxicating (Isa. 49:26).

Alcohol in the Old Testament

The first example of the evil effects of alcohol in the Old Testament is the story of Noah (Gen. 9:20-27). In this story, drunkenness led to shame and to family tragedy and a curse placed upon Canaan. Wine was also a factor in incest that led to the pregnancies of Lot’s daughters (Gen. 19:31-38). We also see cautions regarding alcohol in Solomon’s writings; for example, “Wine is a mockery, strong drink is raging; and whoever is deceived thereby is not wise” (Prov. 20:1; cf. 23:29-35).

In summary, the Old Testament opposes the use of alcohol for these major reasons:

These reasons are sufficient grounds for Christians to abstain and not even consider drinking.

Alcohol in the New Testament

Many references to wine (except its medicinal use in 1 Tim. 5:23 and a few others) are strong warnings or prohibitions against its use. A powerful indictment against wine is in Eph. 5:18, where the use of alcoholic drink has the potential of causing wild and disorderly conduct. The warning is that being under the control of strong drink is totally incompatible with being filled with the Holy Spirit.

In his inspired wisdom, Paul establishes spiritual requirements for those holding office in the Church of our Lord. He instructs the church leaders, whether pastors (1 Tim. 3:3; Tit. 1:7) or deacons (1 Tim. 3:8,) regarding the consumption of alcohol to be “blameless,” strongly implying total abstinence is the Biblical standard.

Therefore, such passages should not be interpreted to allow church leaders to drink alcoholic beverages in moderation. In Paul’s day, wine was one of the safest liquids to drink. At that time, people often suffered from parasites and other health ailments because of drinking contaminated water. Wine was a mixed drink with several parts of it water, and therefore different from the wine consumed today. The Greeks, the Jews, and the early church fathers left no doubt that “wine” meant wine mixed with water (Robert H. Stein, “Wine Drinking in New Testament Times,” Christianity Today, June 20, 1975, pp. 9-11). No longer is drinking water a health problem in much of the world, especially in developed countries. In America today, there is no need for alcoholic beverages to be used for health purposes. In ancient times, the drinking of wine was a safety measure.

temperance (naphalios, 1 Tim. 3:2, 11; Titus 2:2). (Otto Baurfeind, napho, naphalios, enapho, Theological Dictionary of the New Testament, vol. 4, trans. by Geoffrey Bromiley). Though these passages do not refer only to alcohol as causing impairment, they certainly include it.

Paul’s advice does not justify social or recreational drinking. Frequently, the Bible calls believers to a lifestyle contrary to the ungodly and undisciplined culture (cf. Luke 21:34-36; Rom. 13:12- 14; Gal. 5:19-24). We should remember that Paul told Timothy to take a little wine for his stomach (1 Tim. 5:23). This advice Paul gave could well indicate that Timothy practiced total abstinence. If Timothy drank wine, even in moderation, there would have been no need for Paul to instruct him to use some wine for health purposes. It should not be forgotten that in Bible times, medicines were very rare and few medical aids were available to treat human ailments. Since wine was readily available, it is understandable why it was used for medicine. In the first century, the alcohol content of wine was typically about two to six percent. Today, alcoholic drinks are far more potent (A.R.S. Kennedy, “Wine and Strong Drink,” Dictionary of the Bible). Even so, one could overdo the drinking of diluted wine, as some of the Biblical characters likely did (Gen. 9:20-27; 19:30-38).

On one occasion Jesus contrasted Himself with John the Baptist. He said, “For John came neither eating nor drinking and they (the Pharisees) say, ‘He has a demon!’ The Son of Man came eating and drinking, and they say, ‘Behold, a gluttonous man and a drunkard’” (Matt.

11:18-19). He did not offer an apology for His behavior. He had done nothing for which to apologize.

When one hears the use of alcohol discussed, reference is usually made to Jesus’ miracle of turning water into wine at Cana (John 2:1-11). Does this miracle indicate that Jesus approved of the consumption of alcohol? Before we reach a conclusion, we need to look at the features of this event from several angles:

There is no proof that Jesus ever drank alcohol. Sound interpretation of Holy Scripture avoids promoting a practice based on silence.

Making the Decision for Total Abstinence

Because of the effects of drinking alcoholic beverages, the Bible is against drinking alcohol (Prov. 23:29-35). In fact, in the New Testament there appears to be a clear movement toward the rejection of the use of alcohol and for total abstinence. Such a movement is known as the “Biblical process.” For example, in the New Testament we can see the significance of the Biblical process in reference to the actual drink used in the Lord’s Supper. When Jesus instituted the Supper, he did not use the term “wine” (oinos). Rather he spoke of “the fruit of the vine” (Matt. 26:26-27; Mark 14:22-25; Luke 22:17-20). Furthermore, Paul speaks of “the cup” when referring to the beverage used in the Supper (1 Cor. 10:16, 21; 11:23-28). The point is, it is very significant that there is no reference in Scripture to wine in connection with the Lord’s Supper. Does this suggest something about Jesus’ and Paul’s attitude regarding strong drink?

In light of the teaching of the Bible, here are four compelling Biblical principles for Christians to abstain from all alcoholic beverages.

Some argue that there are health benefits in wine. Researchers from Harvard Medical School report that wine has anti-aging proprieties; but rather than being from the alcoholic content, the anti-aging proprieties are the resveratrol in the red skins of the grapes (www.google.com/health+benefits+of=wine+). Moreover, medical authorities remind us that alcohol has significant adverse health effects.

Even if the Bible were to have said nothing against drinking, the tremendous toll the use of strong drink has taken on people is a clear indication that abstinence is the only risk-free practice. Christians have a moral responsibility to be examples in lifestyle and to consider how they can best serve and edify others. For us as believers, the most important argument against drinking should be, “What does the Lord say?” According to the Bible, God will hold all Christians responsible for their behavior (Rom. 14:12; 1 Cor. 3:12-13; 2 Cor. 5:10). Therefore, what really counts is what God thinks about our behavior.

[Who would not worship you as the Creator of all things? The fear of God is often taken for the entirety of true belief….