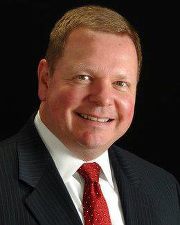 While I consider myself pentecostal, and was raised in a classic holiness-pentecostal denomination, I am moving away from self designating as such because I believe we often needlessly separate ourselves from other believers who also affirm the continued ministry and gifts of the Spirit in the church today. I realize that likely developed unintentionally as a result of early pentecostals being ostracized and estranged from their previous churches following outpourings of the Spirit. Nevertheless, I have started identifying as a continuationist over and instead of a pentecostal, thereby emphasizing a unifying position with other believers on the larger issue. IMO making our distinctive positions regarding Spirit baptism and spiritual gifts secondary to our mutual affirmation of the present ministry of the Spirit AND the continued need and availability of all spiritual gifts in the life and ministry of the church better allows us to work from a position of commonality and unity, building up fellow believers, and expanding Christ’s kingdom.

Peter A Vandever [09/25/2015 2:48 AM]
Plus, you have to believe in the Charismatic movement, you live in Tulsa….you know we believe Jesus is returning to the Prayer Center at ORU 🙂

Christopher Hart [09/25/2015 2:50 AM]
I’m actually from Alabama. Only been in Tulsa a year. We are in the process of eventually moving to New Mexico to plant/pastor a church, the Lord willing.

John Kissinger [09/25/2015 3:31 AM]
and William DeArteaga gave us this one the other day http://www.christianitytoday.com/ct/2015/september-web-only/evangelicals-flock-to-pope-francis-but-what-for.html?start=2

John Kissinger [09/25/2015 3:34 AM]
Christopher Hart you’ve shared with the group before but I am not sure if anyone’s clear on your position (including you). So you are on a quest for spirituality in which you liking the gifts, but not the Spirit to give them and His baptism. Pls explain how do you differ from neo-Pentecostals?

Prove all things; hold fast that which is good

“Prove all things; hold fast that which is good.” – 1 Thessalonians 5:21 I think I passed the pastor’s test. Unknowingly. yesterday my pastor…