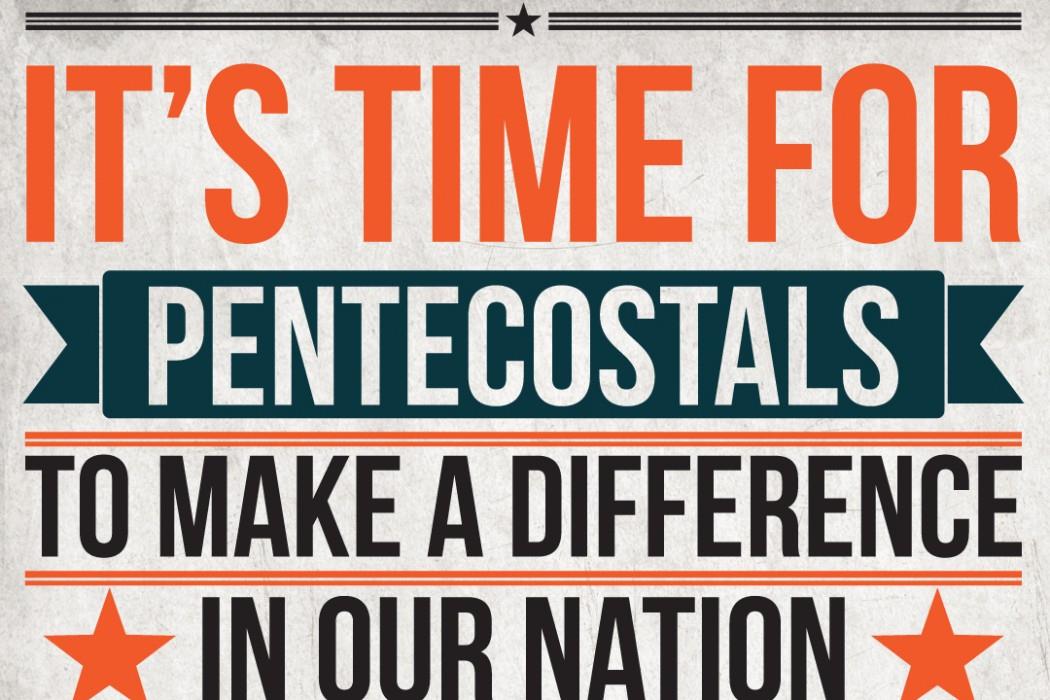 Several large questions immediately arise with any consideration of the experience of the disciples at Pentecost relative to the Holy Spirit. One such question concerns those upon whom the Spirit comes at Pentecost. Does the Spirit come upon the apostles only or upon the entire gathering, perhaps the one hundred and twenty (1:15)? Opinions are sharply divided. The answer to this question depends on the interpretation of the word “all” in 2:4. The “all” of “they were all filled with the Holy Spirit” in turn depends on the meaning given to “all” in the declaration that they were “all together in one place” (2:1). Williams feels that the “all” refers “probably to the Twelve, not to all Christians.”[14] Munck weighs the evidence in the opposite direction concluding that all “may be the apostles, who from 2:14 appear before the people, but it is more likely to be the whole congregation.”[15] Some have wondered whether a large crowd could be accommodated in a private house, but such matters are beyond knowing. If the Spirit did come upon all who were present, it would be unlikely in the judgment of some for the apostles to be the only ones to confer this gift by the laying on of hands. Conversely, it would not seem necessary to conclude that because a believer had been present at Pentecost he would necessarily have been qualified to lay on hands as the apostles did. A larger theological problem would seem to attend a discrimination between the apostles and the other believers, especially in light of Peter’s subsequent explanation of the experience in terms of the prophecy of Joel which declares that a great variety of humanity will have personal involvement with God’s Spirit.

The nature of the phenomena attending the coming of the Spirit at Pentecost is also a question of large proportions. The wind is frequently in scripture a metaphorical representation of the Holy Spirit. Ezekiel by God’s command prophesies to the wind and calls upon the wind to blow and give new life to the dead (Ezek. 37:9-14). The play which Jesus makes on the Greek word that can carry the triple meaning of “wind,” “spirit,” or “breath” in his discourse with Nicodemus may well be an allusion to the passage in Ezekiel. The rushing sound of the wind at Pentecost probably at one and the same time suggests the mighty power and the sovereign liberty of the Spirit who blows where he wishes.

“Fire,” such as that described in the appearance of “tongues as of fire, distributed and resting upon each one of them,” is also in scripture associated with the Holy Spirit. Most notably, Matthew and Luke record the Baptist as foretelling the coming of him who would baptize “in the Holy Spirit and in fire” (Matt. 3:11; Luke 3:16). Bruce believes that the fire even as the rushing sound is an emblem of the Spirit’s power. Williams inclines toward the view that the fire symbolizes the purifying and consuming aspect of the Spirit’s ministry. The Baptist had identified the coming one as also burning up the chaff with unquenchable fire. Yet others would see in the fire a testimony to the divine presence, even as Moses saw the bush that burned and was not consumed.

More attention has been given to the ability of the disciples to speak in an unusual way than to any other of the phenomena. In fact, some have wanted to make such a phenomenon the invariable associate of being filled with the Spirit. The miraculous speech (and some would identify also a miracle of hearing which accompanied it) is understood by many interpreters to be ecstatic speech (glossolalia), people speaking in an unintelligible language. Still other interpreters note the use of two words in Greek which describe the Pentecostal experience. One is the word from which the concept of glossolalia is derived, but the other is the word that ordinarily refers simply to languages ordinarily spoken by the nations of mankind.

Weighing the evidence, commentators note that the Greek word “other” in 2:4 means “other, of a different kind.” The word for “tongues” in this verse is also the word that Paul uses in 1 Corinthians to describe that which many judge to be unquestionably ecstatic speech as practiced in Corinth. Yet in verse eight the statement is made that each one heard “in his own native language,” and the word is different, not “tongues” but “languages.” C. S. Mann in an appendix to Munck’s commentary notes two other explanations of this statement “in his own native language.”[16] Mann finds no difficulty in accepting the possibility that the surprise expressed by those who watched was occasioned by the fact that the Galileans were addressing them in Hebrew. Paul, for instance, created quite a stir when he addressed the crowd in Hebrew after his arrest in the Temple (Acts 22:2) . Some have thought that the text means Aramaic when it declares “the Hebrew language” was that which Paul spoke. More recently, evidence has come to light that Hebrew was still (even though limitedly) in public use in the time of the New Testament. A third possibility suggests that the word usually translated “tongues” may not mean “languages,” but rather “interpretations.” This view holds that 2:11 which states that the people heard the believers telling in their “own tongues the mighty works of God” means an ordered recitation of appointed passages of scripture. The Jews of the diaspora are shocked not by the number of languages being spoken, but by the interpretation of the liturgical lessons for Pentecost in a fashion to point to a dying and rising Messiah.

The meaning of Pentecost is, of course, much more important than any of the phenomena associated with it. Some find as the primary significance of Pentecost the birthday of the church. Such point to this time as the time when the church came into existence. An auspicious beginning for that most important institution, the church, is of fundamental importance in any evaluation of Pentecost some would declare.[17]
Others find a greater interest in the first Christian sermon, the sermon which Peter preached at Pentecost. This sermon has a whole Christian theology in it. “The Holy Spirit enabled the disciples to see in Scripture meanings, significances, pointers, that they had never seen before. Only the Holy Spirit can interpret the Scripture which the Spirit has inspired.”[18] Peter’s sermon is a short gospel in itself. This early apostolic “kerygma” falls into four parts: (1) proclaiming that the last days, the days of fulfillment, have come; (2) a recounting of the ministry, death, and triumph of Jesus; (3) an interpretation of the Old Testament scriptures which demonstrate the validity of Jesus’ messianic claim; (4) a call to repentance and acceptance.

Still others are captivated by the interpretation which Peter gives to the Pentecostal experience by reference to Joel’s prophecy. Peter said, referring to Joel 2:28ff., “this is that.” Jesus had gone up; the Spirit had come down, and that upon ordinary people. Joel’s prophecy was to the effect that God would use ordinary people in this greatest hour. The Spirit is poured out upon all flesh. The believers are now energized, and that divinely, for the task before them. The remaining chapters in Acts are but the continuation of that divine energy operating the church in the service of God.

Some have been impressed with Pentecost at the point of the universalism of the gospel. The number of the nations represented by the Jews of the diaspora is felt to point to this emphasis. The Jews counted the languages of the world at seventy, corresponding to the nations enumerated in Genesis 10. Jesus, during the days of his earthly ministry, had commissioned seventy disciples to go out as his witnesses, probably pointing to the world as the field for his disciples to cultivate. This list of nationalities given in Acts 2 who witnessed the results of the coming of the Spirit is almost exactly the same as an astrological list (only Judea is out of place), known from Paulus Alexandrinus of the fourth century A.D. (but probably much older). Could Luke have intended this to suggest that the gospel was intended for every land under heaven? Whatever the significance of the list of nations, beyond question is the fact that the book of Acts is an unfolding of the story of how the gospel was gotten out to the ends of the earth. Pentecost is the enabling of the disciples to do that which Jesus had commanded them to do.

Pentecost is the explanation of the way in which a small group of Jewish peasants, untrained and out of favor with the authorities, advanced their faith in a Savior who had been executed as a criminal until in a short time the civilized earth was dominated by that faith. The secret of the dynamic that brought all of this to pass is in the simple declaration that “they were all filled with the Spirit.” Pentecost demonstrates that Jesus was not just a charismatic leader of the masses in the days of his earthly life but is the one raised from the dead, ascending to the Father, and pouring out the Spirit with the result that his authority is extended beyond time into eternity and beyond earth into heaven. Peter interprets Psalm 110:1 to the effect that the Messiah (David’s Lord) has the position of power, dignity, and authority at the right hand of God. The disciples had watched as their Lord had ascended into heaven, and the coming of the Holy Spirit at Pentecost just as the Lord had promised proved that he was all that they had hoped and believed and was able to perform all that he had designed to do. The promise to David that one of his descendants would rule in the most expansive way has been fulfilled (Acts 2:30). The Lord reigns by virtue of his resurrection (Acts 2:31). A consummation of that reign is ahead in the future, but his rule has begun. The presence and power of the Holy Spirit is the proof.