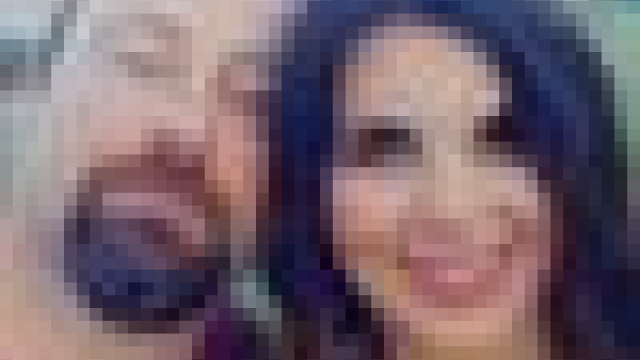 When you think about it the book of Genesis underpins most of the theology that we adhere to today. So this week I have been reading two professors who have raised questions about God’s decision to destroy the human race ( Genesis chapter 6 ) these questions lingered in my mind during my waking moments last night. So early this morning, long before church I wrote down these thoughts; Have you ever wondered about this when you have read Gen. 6 ?
Very early in human history, God gave up on His creation ( Gen.6 ) you
would have thought that He could have changed the human heart from the inside. Nowadays computer manufacturers can change and update their systems from the inside without altering the outside at all. Rather than destroy the human race in the flood you would have thought that He would have instituted a massive educational program and would have organized His angels to supervise and train the human race in good behaviour. Instead He let the sons of god marry humans rather than improve them.
As it was He punished all humans and animals ( except for a tiny remnant ) wiping out a thousand years of their history.This is what Professor Harold Bloom has called incommensurate ( that is the punishment was far out of proportionment to the misdeeds ) This is much like some political voices that speak of carpet bombing, getting rid of both the guilty and the innocent. Since God is all powerful and all knowing, surely He could have come up with another plan for rescuing the human race at that time.
Then God said that He would destroy what He had created, men and women and children as well as beasts and all sorts of creeping things including the birds of the air. ( V7 ) Today if a father or mother turn on their children and kill them they are tried and punished as murderers. But God was never called into question for destroying all life on earth except for Noah and the few animals that could get into the ark.

Ricky Grimsley [01/17/2016 6:20 PM]
God’s punishment was not out of proportion. God had to preserve a remnant and a righteous seed. Only noah and his family were left pure. Genesis 6:11-12 KJVS
[11] The earth also was corrupt before God, and the earth was filled with violence. [12] And God looked upon the earth, and, behold, it was corrupt; for all flesh had corrupted his way upon the earth.

Timothy D McCune [01/17/2016 6:21 PM]
Here’s my “uneducated ” take on it. Since God in All His Wisdom decided this was the best course to take then things must have been bad enough to require it, and who are we to question the ways of The Almighty God.

John Kissinger [01/17/2016 6:21 PM]
They escaped the wrath of God being sanctified and holy before Him. As in the days of Noah, so shall be the Holy Rapture of the Holy Church

Steve Webb [01/17/2016 6:25 PM]
Jim Price I don’t quite get you. You’ve made comments here, on my personal page, and even on a video of mine…all lead me to believe you simply like to stir the stink pot. I have one simple question…do you view the Bible as merely a story book?

John Kissinger [01/17/2016 6:27 PM]
I am that close of calling the pre-Trib Rapture a Holy Sacrament. It only makes sense to me Ricky Grimsley John Conger

John Ruffle [01/17/2016 9:38 PM]
Jim Price: “You would have thought …” with due respect, YOU may have had this thought, but I would not have thought. Your comment could be called blasphemous, to be frank, although I’m sure you did not mean it that way, and I’m sure you love God with all your heart. There is a tendency for us to underestimate the power of freewill. For the kind of divine intervention you are suggesting, the entire future destiny of mankind would have been destroyed (“have I not said, you are gods…”)

Brody Pope [01/17/2016 11:39 PM]
I just go by what scripture says. It says that God repented for creating man. However, he still found that one man who was righteous and God saved him and his family. I do not understand God’s thinking. But I have faith that he did what he did for a reason that we will find out when we reach Glory.

Ricky Grimsley [01/18/2016 12:02 AM]
Gods thinking is clear if you believe that noah and his family were already the only humans left.

James L Alldredge [01/19/2016 5:29 PM]
It is interesting that we tend to focus on the judgment rather than the grace; One sin is all it takes to deserve death, (the soul that sins shall surely die…). If Yahweh is just then sin must be judged. All sin is against Yahweh. The judgment of Noah’s generation was pronounced but could have been avoided if they had repented. (Remember it took 120 years to build the ark). Only when He was satisfied that there would be no repentance, (only the omniscience of God can determine this), did He choose to carry out the sentence. I find the story to be about grace and the lengths God goes to provide escape from judgment for those who believe. We cannot know how much our sins offend and hurt God, how much He endures in our sinfulness in the hope we will repent. It can be argued that we forced His hand and if He had not acted then all of humanity would have been irrevocably contaminated. Whatever the sons of god produced with the women the result could no longer be called truly human, our species was in danger of extinction. By the way if God just wanted to destroy humanity all He had to do was nothing. he could simply allow nature to run its course and that would be the end of us all. How and when we die is insignificant to the fact that we die and in what state we die in. That generation would have died anyway, the flood was more to save Noah and the Adamic genetic heritage. The inclusion of the animals is interesting if seen from the perspective of the fall. When man fell it appears that all of creation fell with him. We seem to bear a representative role in creation. According to Romans 8, creation cannot be redeemed until we are…

Jim Price [01/19/2016 6:02 PM]
James, this is a well written defense of God’s actions and I am sure it will be of real interest to serious students who are trying to come to grips with this portion of scripture.

It is utterly impossible to lose your salvation?