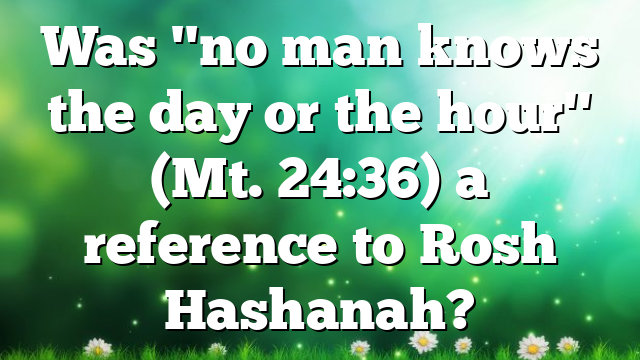 It's become common in Messianic Jewish circles and among others who have been impacted by the Hebrew Roots movement to say that Jesus' words in Matt. 24:36 are a clue that He would return on a future Rosh Hashanah. The reasoning is that Rosh Hashanah / Yom Teruah is a feast whose date was "unknown" in the sense that it was not officially begun until the moon was sighted and the new month declared to have arrived (be sanctified) by the Sanhedrin.

However, I wonder if this hasn't become a sort of Christian urban legend. There seems to be no source material for this belief. Was Rosh Hashanah really known as a day of which no man knew the date or hour? After all, must it not occur a set number of days after Passover?