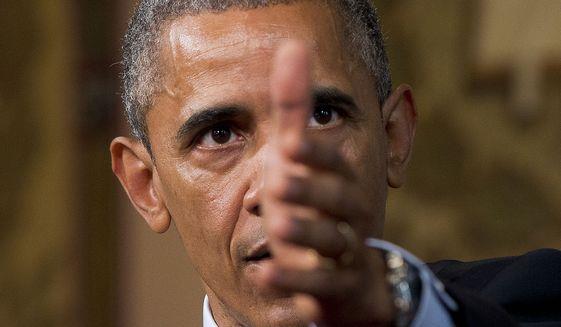 
FacebookTwitterSubscribe
by Sarah Pulliam Bailey, Religion News Service
Already no stranger to controversy, the Rev. Robert Jeffress, a Dallas megachurch pastor, is coming out with a book that claims President Barack Obama is clearing the way for the Antichrist.Jeffress, head of the 11,000-member First Baptist Church of Dallas, writes in his book Perfect Ending that he does not believe Obama is the Antichrist, yet he links Obama’s support of gay marriage to the coming of the Antichrist. Many Christians believe Jesus’ Second Coming will feature a confrontation with an enemy called the Antichrist, based on interpretation of passages 1 John and 2 John.

“For the first time in history a president of our country has openly proposed altering one of society’s (not to mention God’s) most fundamental laws: that marriage should be between a man and a woman,” Jeffress writes, according to an advance copy provided to RNS.

“While I am not suggesting that President Obama is the Antichrist, the fact that he was able to propose such a sweeping change in God’s law and still win reelection by a comfortable margin illustrates how a future world leader will be able to oppose God’s laws without any repercussions.”

Jeffress said Wednesday he’s particularly concerned with issues such as the current battle over whether organizations will have to provide free contraception to employees.

“I’m not saying the president is an evil man who’s trying to destroy our society, but Americans are willingly giving up their freedom for what they’re told is a greater good,” he said. “A future world dictator will assume power under the guise of the greater good of the world.”

Jeffress said whether it’s the National Security Agency’s surveillance on American phone calls or the implementation of Obamacare, he sees a gradual encroachment on Americans’ freedom.

“How it can be that this leader is able to usurp freedom of speech with little or no opposition?” he said. “People will be conditioned to surrender personal rights for the so-called greater good.”

Last year, Pat Robertson said on the Christian Broadcasting Network that Islam is the Antichrist, and he has linked security cameras to the end times and “the mark of the beast.” Christians have interpreted Revelation 13:16-18 to mean that there will be a marking of humans, or a “mark of the beast.”

“Mercy, when I was in college, the dispensationalists were doing this all the time: Henry Kissinger, etc., were all identified as the Antichrist. Gorbachev was one, especially with that funny birthmark (of the supposed beast) on his head,” McKnight said. “People today have stopped identifying the beast and the Antichrist because the former generation was completely wrong, obviously.”

Abstract Multiple independent sources from within living memory report that Jesus taught his disciples, shortly before or after his resurrection, that he was divine…