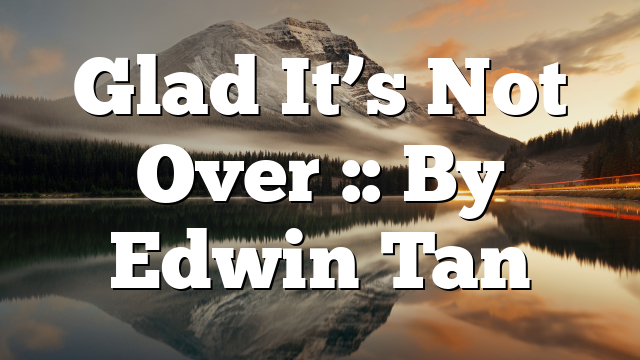 During the first week of August 2022, one of my favorites from the 1960s music scene passed on. Judith Durham was the lead singer in the Australian group known as the Seekers. There was a unique characteristic in their musical style, a softer and gentler tone that appealed to all age groups. Much of it was suitable for campfire singalongs, a welcome experience in the days before the crude and synthetic nature of karaoke!

Songs like “Morningtown Ride” appealed to preschoolers; I was part of that scene in kindergarten, but I never grew tired of their tunes. In later years there were renditions of familiar Gospel numbers; “Just a Closer Walk with Thee,” “We Shall Not be Moved,” and “Open Up Those Pearly Gates” were truly inspirational. There was a line in Open up those pearly gates, which indicated the Rapture – When you hear the trumpet’s blast, we’ll be home at last.

However, I was truly disappointed when I found out that Judith Durham was involved in the other sort of spirituality all the way to her passing on at the age of 79. It was a form of religious pluralism, yet she still professed her practice as being Christian. As I scratched my mind concerning this reality, it was no longer just a simple possibility that this could have happened to me. At a point of time in my life, I was so very close to the pathway that she took right till the end. Only by His grace and mercy, I reckon that there was a scraping through at the critical moment, which was some three decades ago!

It had a great deal to do with the so-called Christian crowd I was mixing with. The truth is, these were quite like a Jekyll and Hyde sort. These people seemed holier than thou when they demonstrated their prowess in quoting Scriptural verses besides putting on a pious performance during pseudo-Bible study sessions. But they were another personality when they entered the secular realm; more than cold and uncaring – these folks elevated themselves while putting others down who did not meet their standards. So disillusioned was I that this crowd became a must to avoid. Christian company would never do; this was the case when individuals of other beliefs were then considered more compassionate and emphatic, where I was concerned – This was the hard reality before my very eyes!

Through sustained interactions with this crowd, I was leaning toward their beliefs — it could have been a question of time before becoming one of them. As I contemplated a departure from Christ, a still, gentle voice resonated in my cerebral cortex. It sounded like, ‘Don’t do it.’ After a brief hesitation, there was no argument; I simply did not fall over the cliff! Henceforth, it was a case of hanging on for a long time.

Technically speaking, I called myself a Christian. In all truth and honesty, I was indifferent where a relationship with God mattered. I was very much the sort of individual mentioned in Matthew 7:13. Easy Street with the least burden appealed to my senses then. In the event this comfort zone was harassed, the ugly side was for all to see; the heathen company created a feel-good atmosphere. Any stranger who talked about Christianity got more than a dirty look from me; it would all sink deep into my psyche – worldliness was a sensible thing to do, and I swore by it. Even a life-threatening bout of dengue hemorrhagic fever did nothing to unsettle the stubborn state of disbelief. I was 38 years old at that time.

As I cruised into my 40s, that feel-good atmosphere was one day punctuated by a buzz in the back of my brain. In the midst of enjoying an evening stroll, the thought of the Rapture simply tickled my mind. My appraisal was negative; would this mean that the party on planet Earth would all of a sudden be vaporized? This nagging notion would then bug me, more like an on-and-off affair but growing stronger as I aged.

As you approach 50, there is a stinging sense that age is catching up on a once youthful frame. The notion of meeting the grim reaper grows in intensity with each passing day. How did I deal with this one? I simply decided to have a casual look at the subject of the Rapture. Interestingly enough, Rapture Ready was the first website that was perused by me – great move because I had no problem settling down with the pre-Tribulation view. The Hal Lindsey Report followed, and through that, a significant breakthrough came my way. I got to fully understand the nature of the Laodicean church, the lukewarm place of religious practice, which felt very much like the people that were on my must-avoid list. At the same time, it crossed my mind that there were genuine believers in the Lord, so why not give it a shot?

The best thing on my mind then was to get inspiration from no-nonsense folks by way of cyberspace. Prophecy in the News, which later became Prophecy Watchers, suited me at this stage. For once, I saw and heard stuff never mentioned in Bible studies of younger years. My hunger and thirst for Scriptural truths soared. One landmark moment was the resignation of Pope Benedict in 2013. The late Cris Putnam’s take on this was spot-on; he was one of my favorites on Prophecy Watchers!

From then on, I would not be at home with half-baked material. I yearned for spiritually solid stuff; anything sensational or partially Biblical would be jettisoned. Matters came to a head following the hype associated with the Blood Moons. From it, I could see that the emphasis was not where it ought to be. It felt like growing out of a lot of insignificant noise – I genuinely was!

“For the earth which drinks in the rain that often comes upon it, and bears herbs useful for those by whom it is cultivated, receives blessing from God” (Hebrews 6:7).

The Lord truly blessed me with a reinvigorated lens, which I treasure even to this very day. It was like graduating from recreational angling into big game fishing! Led by the Holy Spirit, it did not take long for me to hit the right connection. It began with J. D. Farag, and this ultimately led to Jan Markell. I was in the thick of the learning process through many noteworthy and truly reliable people in Bible Prophecy. Wonderful folks like Tom Hughes, Barry Stagner, Amir Tsarfati, Billy Crone, Brendan Holthaus, Dr. David Reagan, Mark Hitchcock, Andy Woods, Mark Henry, Michelle Bachmann, and the late Dr. Ed Hindson. There are many more I could mention, but these wonderful warriors for the Lord Jesus Christ taught me a treasure chest of stuff that would set me on the path of eternity with God.

I recall my first perusal where Rapture Ready is concerned. Never did I envisage the day that I would be one of the regular people writing for this Godly website. I have been writing for the past three years and will only cease when the Groom snatches His Bride in less than a split second. With this, I have a gladness that money cannot buy.

“Beloved, while I was very diligent to write to you concerning our common salvation, I found it necessary to write to you exhorting you to contend earnestly for the faith which was once for all delivered to the saints” (Jude, verse 3).

Love you all in Jesus’ Name.

The post Glad It’s Not Over :: By Edwin Tan appeared first on Rapture Ready.

[We should rejoice greatly during this time of prayer and fasting! Oh what closeness we should feel with our Abba Father and my desire…