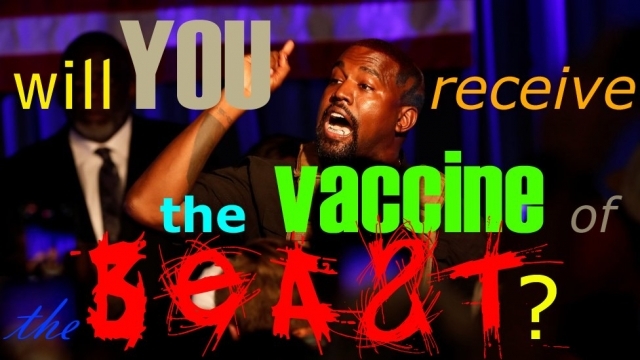 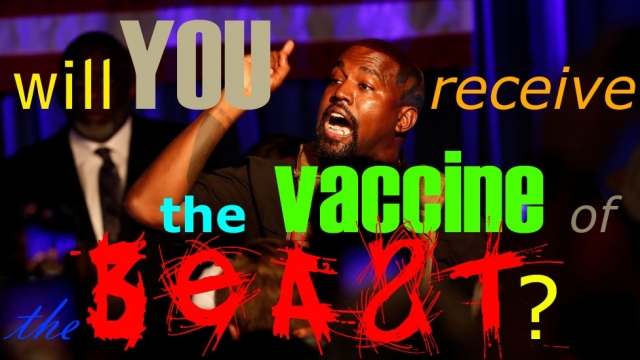 HOW TO PROTECT YOURSELF from COVID?

Yes. The mRNA and DNA-based vaccines for SARS-CoV-2 the virus and Covid-19 the disease
itself, permanently alters a person’s DNA, referred to as the ‘host DNA’. One of the
mechanisms leading to changes in the host DNA is due to the presence, within both the virus
and its vaccines, of genetic materials incorporated from HIV-1, HIV-2, and SIV (Simian [apes,
chimpanzees] Immunodeficiency Virus).1

A second mechanism is the reverse transcription.4 A process occurring in stem cells, cells that
develop into many different types of cells in the body. The stem cells are genetically modified
and replicate and amplify to a large portion of cells that make up the tissues of the body.
Stem cells serve as a reservoir to produce new cells in perpetual fashion. In this way, over
time, a large percentage of our somatic (non-reproductive) cells can be replaced by these
genetically modified stem-cell precursors.2

This results in the transfer of genetic modification to germline cells (egg and sperm). This
insertional genetic mutation would find itself in all future generations stemming from this
individual or individuals. Because this is a germline modification and not a somatic
modification, this new genetic element will be present in every single cell of these
individuals.2

The virus is the excuse to vaccinate with the mark. The virus is only behaving as all
Lentiviruses do, and that is to alter the host DNA. This enables the virus to go on and infect
other healthy cells. The level of changes in the DNA as a result of having been vaccinated is
quite different due to the additional technological components within them. Additionally, the
actual re-arrangement of genes, the new sequence, is more extensive than the pattern of the
viral genes themselves.

According to Nobel Laureate (for the discovery of HIV) Dr. Luc Montagnier, and other
researchers there are 16 genetic fragments of HIV-1, HIV-2 and SIV contained within the
overall genomic sequence of the virus, SARS-CoV-2.1 This sequence, a series of genes, is
known as mRNA, or ‘messenger’ RNA. These same genetic fragments are also present within
vaccines employing mRNA such as Pfizer and Moderna. While Johnson & Johnson utilizes
DNA, as do other companies, mRNA is still present, as are these 16 genetic fragments.

Human Immunodeficiency Virus (HIV) is a Lentivirus, a subgroup of retroviruses that cause
chronic and deadly diseases characterized by long incubation periods. Lentiviruses integrate
viral DNA into the DNA of a host cell, permanently altering it and is inherited by the host’s
descendants. A retrovirus is a type of virus that inserts a copy of its RNA genome into the
DNA of a host cell that it invades, thus permanently changing the genome of that cell.
There is yet another mechanism at work in the alteration of the host DNA by HIV-1, HIV-2 and
SIV. A third strand of DNA, referred to as a central DNA flap, ensuring integration of the viral
DNA.3 Due to the presence of genetic fragments of HIV, this DNA flap is found in not only the
virus SARS-CoV-2, but within the mRNA and DNA-based vaccines.
Vaccines are derived from the virus without inducing the disease. It does this by stimulating
the production of antibodies by the immune system in order to provide immunity. The
genetic materials of the virus are used to produce a vaccine against it. Thus, the 16 genetic
fragments of the Lentivirus HIV, a retrovirus, are present in all gene-based vaccines for the
virus, SARS-CoV-2. Both the virus and the vaccines permanently alter the DNA of a person.
(Continued)

This infographic illustrates the HIV replication cycle, which begins when HIV fuses with the surface of the host cell. A
capsid containing the virus’s genome and proteins then enters the cell. The shell of the capsid disintegrates and the HIV
protein called reverse transcriptase transcribes the viral RNA into DNA. The viral DNA is transported across the nucleus,
where the HIV protein integrase integrates the HIV DNA into the host’s DNA. The host’s normal transcription machinery
transcribes HIV DNA into multiple copies of new HIV RNA. Some of this RNA becomes the genome of a new virus, while
the cell uses other copies of the RNA to make new HIV proteins. The new viral RNA and HIV proteins move to the surface
of the cell, where a new, immature HIV forms. Finally, the virus is released from the cell, and the HIV protein called
protease cleaves newly synthesized polyproteins to create a mature infectious virus.
https://www.niaid.nih.gov/diseases-conditions/hiv-replication-cycle

Yes. In combination with the genetic alterations induced by the virus and the vaccines, the
vaccines themselves contain components marking, or indicating the DNA has undergone these
changes. There are several aspects to the mark, including both biological and spiritual.
Briefly, the biological. In addition to the genetic materials cited in answering question 1, the
vaccines contain an enzyme known as Luciferase. This is a fluorescent material not visible to
the naked eye. However, it is visible using an application on a smart phone, or other scanning
type of device. Also contained within the vaccines is a type of highly absorbent gel known as
hydrogel, made up of large molecules known as polymers. Hydrogel is used to carry genetic
materials, Luciferase and other components making up the vaccines. Some of these are
referred to as nanobots, molecules that can be programmed to carry out a specific task. The
nucleic acids of DNA naturally self-assemble and this ability is used to design, and through
genetic modification, program them. Nanobots are used to carry drugs and molecular
payloads to specific targets within the body. Additional nanobots function as biological
sensors, collecting information from within the body and capable of transmitting this digital
information outside of it. Lastly on the nanoscale, which is measured in billionths of a meter,
are quantum dots, also referred to as artificial atoms. These are actual semiconductors with
both optical and electronic properties. Similar to Luciferase, quantum dots however emit
visible light. These have also been referred to as tattoos.
All of the above materials are contained within the present day vaccines. Some, like the
quantum dots, have yet to be activated. This is accomplished by their receiving an
electromagnetic signal transmitted through a 5G wifi system. Soon, the hypodermic needle
and syringe used to inject vaccines will be replaced by a microneedle array patch, much like an
adhesive bandage. In this way, the vaccines will not require refrigeration, and can be applied
by most anyone to themselves. In fact, they can be shipped, mailed and delivered to nearly
everyone. As the name implies, the patch contains a group of small needles that when
pushed against the skin feel similar to Velcro, with little to no pain. These needles then
dissolve leaving only their tips embedded beneath the surface, delivering their cargo to be
absorbed into and distributed through the bloodstream to every cell in the body.
Taken together, the quantum dots and Luciferase manifest as a tattoo just beneath the
surface of the skin. As such, a device will be required to see these, to detect the presence of
this biometric mark anywhere on the body. Smartphones equipped with technology to detect
these materials already exist. When described in Revelation 13:6, the mark is received in the
right hand, or forehead, this can be interpreted as locations of convenience for scanning and
detecting the presence of the mark. Similar in fashion to the present use of a digital
thermometer applied to the forehead in checking for an elevated body temperature.
(Reference follow)

Mechanism of mRNA Transport in the Nucleus
“We found that the rate of Messenger RNP (mRNA-protein) diffusion is so fast that mRNP
complexes are dispersed throughout the nucleus soon after their synthesis and well before
the onset of significant export into the cytoplasm.”

“Using molecular beacons to track single mRNA molecules in living cells, we have
characterized the diffusion of mRNP (mRNA-protein) complexes in the nucleus. The mRNP
complexes move freely by Brownian diffusion at a rate that assures their dispersion
throughout the nucleus before they exit into the cytoplasm, even when the transcription site
is located near the nuclear periphery.”

Please read: https://www.sciencedirect.com/science/article/pii/S2589004220309986
Abstract – Recent Advances in the Molecular Beacon Technology for Live-Cell Single-
Molecule Imaging
Nucleic acids, aside from being best known as the carrier of genetic information, are
versatile biomaterials for constructing nanoscopic devices for biointerfacing, owing to their
unique properties such as specific base pairing and predictable structure. For live-cell
analysis of native RNA transcripts, the most widely used nucleic acid-based nanodevice has
been the molecular beacon (MB), a class of stem-loop-forming probes that is activated to
fluoresce upon hybridization with target RNA.

The expression of a gene is a tightly regulated process and is exerted by a myriad of
different mechanisms. Recently, RNA modifications located in coding sequences of mRNAs,
have been identified as potential regulators of gene expression. N6-methyladenosine
(m6A), 5-methylcytosine (m5C), pseudouridine (Ψ) and N1-methyladenosine (m1A) have
been found within open reading frames of mRNAs. The presence of these mRNA
modifications has been implicated to modulate the fate of an mRNA, ranging from
maturation to its translation and even degradation. However, many aspects concerning the
biological functions of mRNA modifications remain elusive. Recently, systematic in

vitro studies allowed a first glimpse of the direct interplay of mRNA modifications and the
efficiency and fidelity of ribosomal translation. It thereby became evident that the effects
of mRNA modifications were, astonishingly versatile, depending on the type, position or
sequence context. The incorporation of a single modification could either prematurely
terminate protein synthesis, reduce the peptide yield, or alter the amino acid sequence
identity. These results implicate that mRNA modifications are a powerful mechanism to
post-transcriptionally regulate gene expression.
Post-transcriptional mRNA modifications might even possess the potential to expand the
diversity of proteins through recoding. Therefore, it is of utmost importance to elucidate all
mechanisms behind. mRNA modifications not only affect translation, but can also act as
markers to provide landing platforms for proteins61,62,85,86 or stimulate other regulatory
processes like mRNA degradation60 or localization.87 Their role as markers is reminiscent of
the regulation of gene expression through epigenetic DNA and histone modifications. In
line with that, not single modifications but a combination thereof might collectively
mediate biological functions.
WIKI: Viral Vectors: Viral vectors[edit]
Main article: Viral vector
Viral vectors are generally genetically engineered viruses carrying modified viral DNA or
RNA that has been rendered noninfectious, but still contain viral promoters and also the
transgene, thus allowing for translation of the transgene through a viral promoter.
However, because viral vectors frequently are lacking infectious sequences, they require
helper viruses or packaging lines for large-scale transfection. Viral vectors are often
designed for permanent incorporation of the insert into the host genome, and thus leave
distinct genetic markers in the host genome after incorporating the transgene. For
example, retroviruses leave a characteristic retroviral integration pattern after insertion
that is detectable and indicates that the viral vector has incorporated into the host
genome.