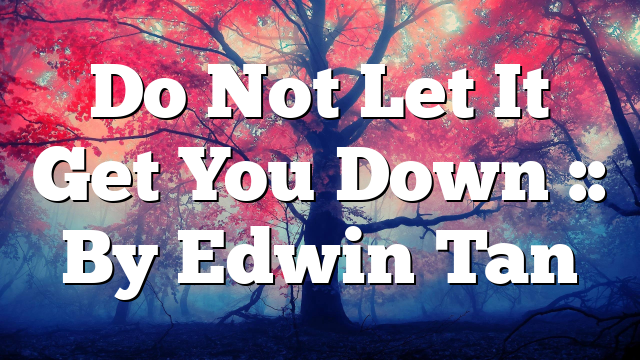 Our adversary is no idiot; he knows his time is limited, and this explains the prevailing brute force wielded against all of humanity – the Body of Christ included. The shadows of the Tribulation are increasingly menacing as the Bride of Christ is all set to go in the twinkling of an eye. The evil one is hell-bent on catching Believers in Christ off guard by all possible means. This he does by way of attempting to shove us off our prime focus – throwing the flaming darts of distraction so as to cause us to go off the rails. Captivate, mesmerize, and terrify – this is the current modus operandi of our opposition. The ultimate objective is to cause a train wreck so as to render the final destination unreachable!

All of us who understand Bible Prophecy indeed have a significant edge in these times. The trouble here is seen in our oftentimes capitulation in the face of a surprising and vicious assault. It is very much like being knocked to the floor and not getting up. Verses of Scripture can be more than a cross reference but a potent tool of refutation. When the Living Word is part of you, it is easy to make sense of whatever surfaces. Whether the threat is real or imaginary, seeing it through the lens of the Living Word enables us to turn that treacherous mountain into a molehill! So, those wicked minions can spell out those nasties which are coming, but they hardly terrify the believer that walks the talk.

Being in the Living Word is of crucial significance in these times, and the same goes for quiet moments. These are exclusively for prayer and meditation. Having a hunger for these would be a bastion against all that incessant negativity. You will find this hunger satiated when it is brought to the Lord in all earnestness.

In such unprecedented times, there are a lot of uptight people all over the place. It is doubtless that many are yet to come to terms with the situation, so they are petrified amidst the confusion, getting sucked in by their surroundings. Simply said, we are not like them and do not ever become one of them. We are the salt and light of the earth; we prevent the rot; no reason for the rot to overwhelm us. In the event that someone tries to suck you in, make a stand by an expression of disinterest. Maintain silence even in the face of continued badgering. Your calmness could send these folks a message, immediate or delayed. The distinction would be obvious when they wonder at your poise and grace amidst the tumult. On the contrary, becoming like them renders you ineffective but also dysfunctional, where being salt and light matters.

Here is a tough one, and on a very serious note: arguments that are destructive should be avoided at all costs. Lengthy and heated squabbling chews up a lot of time; this unproductive activity negates the function of being light amidst darkness. It definitely alters the frame of mind that should be set on a pursuit of holiness versus unrighteousness. It poses an impediment to the working of the Holy Spirit but, in turn, serves as a gaping hole that lets in the dark forces. I am very sure that the author of confusion is sending out individuals that would undermine the faith of many in these last days. They could come under the guise of devout Christians, but they are set on dragging their prey into protracted rigmarole sessions over baseless doctrines.

The approach, where dealing with these characters is concerned, is clearly spelled out in Titus 3:9-11.

“But avoid foolish disputes, genealogies, contentions, and strivings about the law; for they are unprofitable and useless. Reject a divisive man after the first and second admonition, knowing that such a person is warped and sinning, being self-condemned.”

Quarrels in the face of raging disagreements could take place in a church, a study group, and even in a family setting. Do not be surprised that this is exploding before your eyes because it is part of the enemy’s dirty dancing. Once again, do not let emotions have a say, but even in the heat of battle – commit the problem to the Lord. Pray for the calmness that only the Lord through the Holy Spirit can shower from above. In the event that becomes one of standing for righteousness, hold your tongue and let the Holy Spirit do all the talking. The very last thing anybody desires is an acrimonious split and parting of ways.

“For all the law is fulfilled in one word, even in this: ‘You shall love your neighbour as yourself.’ But if you bite and devour one another, beware lest you be consumed by one another!” (Galatians 5:14-15).

At the end of the day, we need to be aware of the varied forms which the adversary uses against us. In so doing, we will be truly salt and light until the trumpet sounds. This is not a moment of testing but rather one where our perseverance in contending for the faith is stretched to the limit. The limit shall hold because it would not be long before all these negatives get permanently scrubbed from our memories. In the meantime, be strong as you continue with the Good Fight.

“Therefore strengthen the hands which hang down, and the feeble knees, and make straight paths for your feet, so that what is lame may not be dislocated, but rather be healed. Pursue peace with all people, and holiness, without which no one will see the Lord: looking carefully lest anyone fall short of the grace of God; lest any root of bitterness springing up cause trouble, and by this many become defiled” (Hebrews 12:12-15).

The post Do Not Let It Get You Down :: By Edwin Tan appeared first on Rapture Ready.