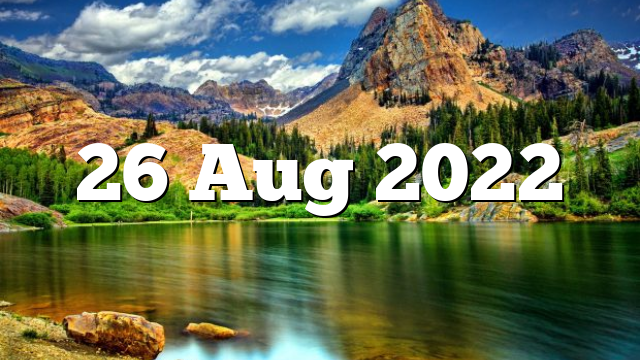 China’s Water Crisis Could Trigger Global Catastrophe
In some instances, groundwater levels have gotten so low that underground aquifers have collapsed…

Putin orders 10% boost in Russian troop numbers
Russia’s president has signed a decree which could see 137,000 service personnel added to the country’s armed forces in the coming months. Currently Russia has a limit of just over a million military personnel and almost 900,000 civilian staff.

US State Department Issues Kidnapping Advisory For Americans In Mexico
The U.S. Department of State issued an advisory warning Americans about an increased risk of kidnapping when going to Mexico, amid heightened cartel violence in several areas.

In Stunning End Times Harbinger, Tesla Owner Brandon Delaly Has Car Key Microchip Implanted Into The Back Of His Right Hand Just Like Revelation 13
That King James Bible is a funny, funny book, and I am referring to ironic humor, of course, and not the comedic variety. For nearly 2,000 years, the book of Revelation has told you over, and over, and over again, that in the end of time the world will be controlled by an implantable computer device like the microchip. Revelation told you that before the discovery of electricity, the telegraph, the telegram, the telephone, computers and mobile devices. Think about that for a couple of months and get back to me.

US Marine Says Suicide Bomber Was Spotted at Kabul Airport Before Blast But Military Brass Would Not Let Soldiers Take Him Out — As Reported Earlier: Countdown Given Before Blast
On Wednesday, August 25th the US State Department issued a warning to US nationals to avoid traveling to Hamid Karzai Airport in Kabul, Afghanistan. The US told those waiting outside to leave immediately.

An ‘Anti-Racist’ Math Presentation Was Delivered to Jefferson County Public Schools Teachers
Teachers who work for Jefferson County Schools in Kentucky were given training on a “culturally responsive strategy,” which included a presentation on how to incorporate “anti-racist” ideals in math curriculum. Residents were made aware of the leftist initiative after submitting a FOIA request, Libs of Tik Tok reported.

4.9 Million Illegal Aliens Crossed US Border In 18 Months Since Biden Took Office: Report
A total of 4.9 million illegal aliens, including some 900,000 “gotaways” who evaded apprehension and have since disappeared into American communities, have entered the country by the end of July, the Federation for American Immigration Reform (FAIR) said in a statement on Aug. 16.

Deaths among female children increase by 57% immediately after taking COVID vaccine
Prior to young girls being offered the Covid-19 vaccine, deaths among the age group were in line with the expected five-year average. But an analysis of official data published by the Office for National Statistics shows that deaths among female children increased by 57% immediately after they were first offered the Covid-19 vaccine.

LA Homeless Authority Doesn’t Want Anyone Saying The Word “Homeless”
The LA Homeless Services Authority has put out a call for the word ‘homeless’ to be dropped, claiming that the term is ‘outdated and dehumanising’, and leads to ‘othering’.

Nightclub bans staring without getting ‘verbal consent’…
Club 77 in Sydney said managers will call the cops if clubbers stare at others without getting their consent. And in an Instagram post, the club said “safety officers” in pink vests would enforce the new staring rules.

Canadian veteran offered assisted-suicide instead of PTSD help
A Canadian armed forces veteran called Veterans Affairs asking for support for post-traumatic stress disorder, but instead, Global News recently reported, the service agent asked him if he wanted to access Medical Assistance in Dying, or MAiD. Global News didn’t name the veteran for privacy reasons, but Veterans Affairs confirmed an exchange between a veteran and Veterans Affairs employee “where medical assistance in dying was discussed inappropriately,” and it announced an investigation into the incident.

Chinese city ‘stretched to the limit’ as millions wait in line for Covid tests in extreme heat
The Chinese metropolis of Chongqing has rolled out mass Covid testing in its central area amid a record heat wave, leaving millions of residents standing under the sun for hours as they struggle with extreme temperatures and power shortages.

Are we headed to hyperinflation? Experts are warning of a sudden economic collapse similar to Germany in the 1920’s. Here’s what I think. Don’t…