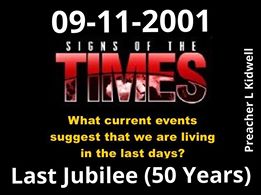 Satan has got the Church turning her back on her own. One has the power of the Holy Ghost in demonstration through signs, wonders and miracles, the other has the power of the Fathers blessing through obedience to Torah instructions. One operates in spiritual gifts while the other operates in spiritual understanding. What would happen if we ever came together, rejected those beliefs we hold that are not found in Scripture, united what we have learned in our own circles with those of others, and truly became ONE BODY?

Jesus taught that a house divided against itself cannot stand. Satan has been trying to divide Believers ever since. Why do we allow this? God never divided His Word into Old Testament and New Testament, PEOPLE DID THAT!

Therefore, if you died with Christ from the basic principles of the world, why, as though living in the world, do you subject yourselves to regulations— “Do not touch, do not taste, do not handle,” which all concern things which perish with the using— according to the commandments and doctrines of men? These things indeed have an appearance of wisdom in self-imposed religion, false humility, and neglect of the body, but are of no value against the indulgence of the flesh.”
Colossians 2:16-17, 20-23 NKJV