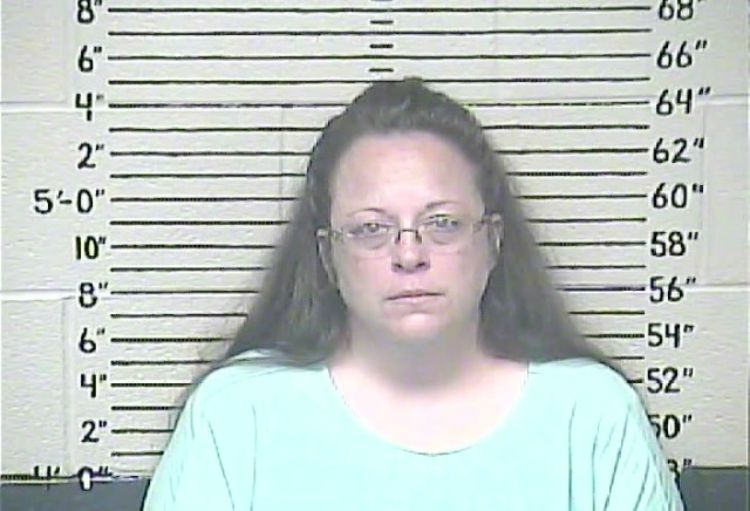 Political prisoner Kim Davis knows all about unjust laws, and the criminalization of Christianity. She is not the first, nor will she be the last to experience this firsthand. The homosexual militants, and the secular extremists and statists in bed with them, are now waging a full-scale war against all dissenters, and what we are now witnessing is just the tip of the iceberg.

The nearly 200 examples of Christians being jailed, fined and fired from their jobs documented in my latest book is only a smattering of the cases of persecution and anti-Christian bigotry. As more and more anti-Christian legislation is passed, and unjust laws become the norm, increasingly believers will need to revive the noble tradition of civil disobedience.

James Price [09/08/2015 2:52 PM]
In our town there are dozens of people who work in stores and restaurants that sell tobacco and beer and it is against their religious beliefs. Yet they sell these products because a certain number of the public buy and use them. Kim Davis could, in my opinion, provide marriage licenses to whomsoever without violating her own conscious. When she issues licenses to a man and a woman she dosen’t know if the women is already pregnant, nor does she know if the women will be abused. In the N T we are told not to judge and Jesus did not say one word about homeosexuality but he did say that we should let the tares and the wheat grow together, otherwise to pull up the tares means that you pull up the wheat as well.

Whoever says, “I know him,” but does not do what…

Whoever says, “I know him,” but does not do what he commands is a liar, and the truth is not in that person. 🕊…