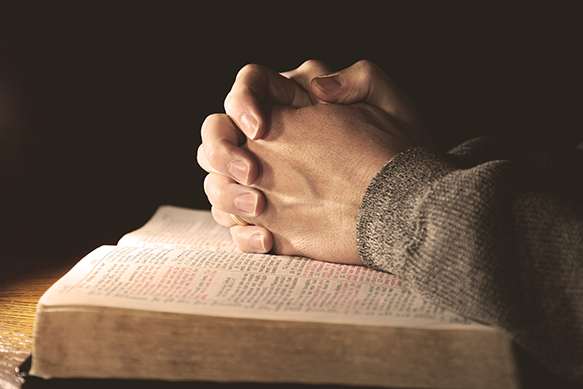 Abandoning your roots VS rethinking your theology

Link does against Speaking in tongues (vs Baptist)

Henry does against Pentecostal theology (vs Reforfmed)

and Charles against Church’s historical merits

or others against the #Trinity…

you best be ready to enter into some heated discussions on the topic of your choice. Especially when you yourself once supported the views you are now denying. Is this simply rethinking your theology or abandoning your roots Christopher? And if so, where do we draw the line to entertain or to ignore such personal quests in this group? Alan John

John Kissinger [10/19/2015 7:02 PM]
Peter A Vandever you supported MANY if not MOST you gave offerings to from Tulsa, the Florida revivals, Kansas City all the way to Toronto Airport church (probably even ol’ Swaggart too 🙂

Charles Page [10/19/2015 7:05 PM]
Aren’t all the Pentecostal denominational divisions emanating from Tellico Plains equally legitimate? as we studied at AmWay University they all represent minority religious views. They are not cults but minority religions.

Link Hudson [10/19/2015 7:10 PM]
I’m very willing to abandon denominational roots in favor of obeying and following the Lord. But my belief that we are supposed to interpret tongues in church is very much a part of my Pentecostal upbringing in the A/G, and also my general Pentecostal church experience. I think the ‘Holiness’ wing of Bible belt Pentecostals tend to be more into speaking in tongues en masse.

My views on church leadership have been ‘rethunk’ and don’t come mostly from Pentecostal tradition. I see plural eldership in the Bible and regular believers using their gifts to edify each other. I don’t see the clergy-centered, sermon centered spectator church tradition as well rooted in scripture. That wasn’t the way it was at Azusa Street, anyway. Azusa Street was a move toward believers operating in their gifts and toward Biblical church meetings, but Pentecostalism quickly hybridized that with Evangelical and Fundamentalist traditions.

John Kissinger [10/19/2015 7:23 PM]
Link, pls dont misunderstand so the discussion stays on track. The question is not denominations (of which your view is obvious) but personal identity roots AND when the quest for such turns to simply abandoning who you are and where you come from…

Charles Page [10/19/2015 7:25 PM]
Pentecostalism quickly hybridized that with Evangelical and Fundamentalist traditions. wooooo!!!  I am ex-CoG, however I am not ex-Pentecostal. Once you are Pentecostal you are always Pentecostal.

Link Hudson [10/19/2015 8:04 PM]
Charles Page, that last statement sounds Baptist to me. Roots wise, I don’t identify with the Baptist denomination. My thinking on a number of church-related issues is more ‘house church’ if you had to label it as something other than Pentecostal.

But these things aren’t important. I am a citizen of a city whose builder and maker is God.

Link Hudson [10/19/2015 8:14 PM]
John Kissinger Sharing in the Holy Spirit and having a heritage in the Pentecostal movement aren’t exactly the same thing.

Link Hudson [10/19/2015 8:22 PM]
John Kissinger I find the tendency of many, many people to stick with their church heritage even when it flatly contradicts the Bible to be rather irritating. It’s hard for me to relate to. I am not just talking about Pentecostals either, of course.

Link Hudson [10/19/2015 8:31 PM]
John Kissinger Who are you talking to? What are you talking about? It is possible to speak in tongues contrary to the way the Bible teaches us to do so. I will assume you are responding to my last comment, though it doesn’t seem to be a question that follows from what I said. If that were not the case, then Paul would not have corrected the way the Corinthians handled speaking in tongues.

My comment was in response to the idea of loosing connection with one’s ‘roots.’ For me, what the Bible teaches is more important than sticking with one’s roots when it comes to issues of doctrine and practice.

John Kissinger [10/19/2015 8:35 PM]
Stay on track Link It’s too early in the discussion for red herrings: Should we ignore personal quests for rethinking theology when they border abandoning your roots and faith ?

John Ruffle [10/20/2015 1:29 AM]
This is a very important question. When I hit 50, I went through a 10-year re-thinking process tgat has led me to where I am today. Yet, not oma single step did I take isolation even though it was an intensely personal inner journey.

It began by questioning what i saw not being questioned because pastors don’t like their control paradigms being challenged. But itvwas also always a dialogue I sought out with other wiser Christians. Then at the same time came struggling, wrestling prayer. It was not easy but it was incredibly rewarding. It has cost me dearly – it has been on the other hand, like a personal revival.

To those who are going through a period of journey of whatever sort, I can only suggest that it is vital to remain open and teachable; humility of heart is EVERYTHING or all our theology becomes NOTHING.

The 2nd thing is, grasp what you are sensing; submit your soul to God daily and DO NOT try to teach what God shows you – yet. Instead, keep a journal. Talk to your journal and God.

Finally, remember that God treats us as individuals. Don’t try to make everyone see it your way. Don’t do anything to make your brother (or sister) stumble. Let love reign in our hearts. Amen. “Abandoning your roots VS rethinking your theology

If you are going to come against one’s ecclesial convictions like you best be ready to enter into some heated discussions on the topic of your choice. Especially when you yourself once supported the views you are now denying. Is this simply rethinking your theology or abandoning your roots Christopher? And if so, where do we draw the line to entertain or to ignore such personal quests in this group? Alan John”

Some of the wisest among us in the wider Body of Christ are those whose personal journey took them beyond their denominational, geographic or cultural walls. Those whose inner journey of fellowship and faith was more important than allegiance to a movement, or public expectations.

Mark Tague [10/20/2015 8:21 AM]
From time to time in our hopefully ever growing, ever maturing walk of faith, we come across scripture that challenge our roots, theology, and doctrine. At these moments we either change our minds a bit or we can twist the scriptures to fit our beloved doctrines. I’ll not force you to grow if you choose to stay there in your misunderstandings, but be careful about attacking people who follow scripture rather than traditions. The religious elite killed Jesus for abandoning roots and rethinking theology. You are in a dangerous place my friend.

John Kissinger [10/20/2015 8:29 AM]
Correction: The religious elite killed Jesus for renewing and reminding them of the roots they have abandoned and for challenging them to rethinking their theology and praxis according to Him (the Word)…

Barth’s dream of a Spirit-centered theology