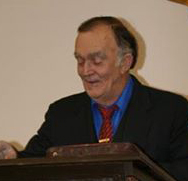 A Warning Against Changing God’s Grace

I found it necessary to write to you exhorting you to contend earnestly for the faith . . . For certain men have crept in unnoticed . . . ungodly men, who turn the grace of our God into licentiousness. (Jud_1:3-4)
From the early days of the Lord’s church, a constant threat has been posed by those who want to change God’s grace into something it is not. The attempted changes always relate to either licentiousness or legalism.
Jude addressed this problem in his powerful letter of warning.

He called all followers of Christ to engage in a zealous battle for the integrity of the word of God. “I found it necessary to write to you exhorting you to contend earnestly for the faith,” Such contending is essential, because carnal religious people desire to alter grace, as they quietly operate within churches. “For certain men have crept in unnoticed . . . ungodly men, who turn the grace of our God into licentiousness.” Their intended modifications involved turning grace into license. Grace is God’s means of forgiving our sins, as well as transforming the sinner that he might sin less and less. Grace is not God’s sanction by which we plan and excuse our personal indulgence.

This issue also appears in Romans, as some took God’s grace in an unwarranted direction. They started with a glorious truth. “Where sin abounded, grace abounded much more” (Rom_5:20). What a grand actuality this is! No matter how atrocious the extent of our sins, the grace of God unto forgiveness and transformation is far greater. Yet, how heinous is the licentious thought that more indulgence in sin would be a good thing, since such would only present another opportunity for more abounding grace. “What shall we say then? Shall we continue in sin that grace may abound?” (Rom_6:1). The answer is a resounding negation. “Certainly not! How shall we who died to sin live any longer in it? ” (Rom_6:2). Anticipated grace is never an excuse for planning to sin.

In Galatians, the converse problem of legalism is confronted. “I marvel that you are turning away so soon from Him who called you in the grace of Christ, to a different gospel, which is not another; but there are some who trouble you and want to pervert the gospel of Christ” (Gal_1:6-7). Here, some were trying to add law requirements to the good news of God’s grace. This attempt to turn grace into a performance standard is described as a perversion, a grievous twisting, of grace. Whether license or legalism, both change and undermine the grace of God.

Evangilist Jimmy Callaway [02/19/2015 11:36 AM]
Dear gracious Master, I repent of those times when I have used grace as an excuse for carnal indulgence or have treated Your grace as a call to religious performance. Thank You for Your forgiving and transforming grace. Grant me discernment and courage to earnestly contend for true grace, through Christ, my Lord, Amen.

(Watch the full interview on our app and on http://bit.ly/NetanyahuOnPraise) Prime Minister Benjamin Netanyahu sits down with Matt Crouch and discusses the latest on…