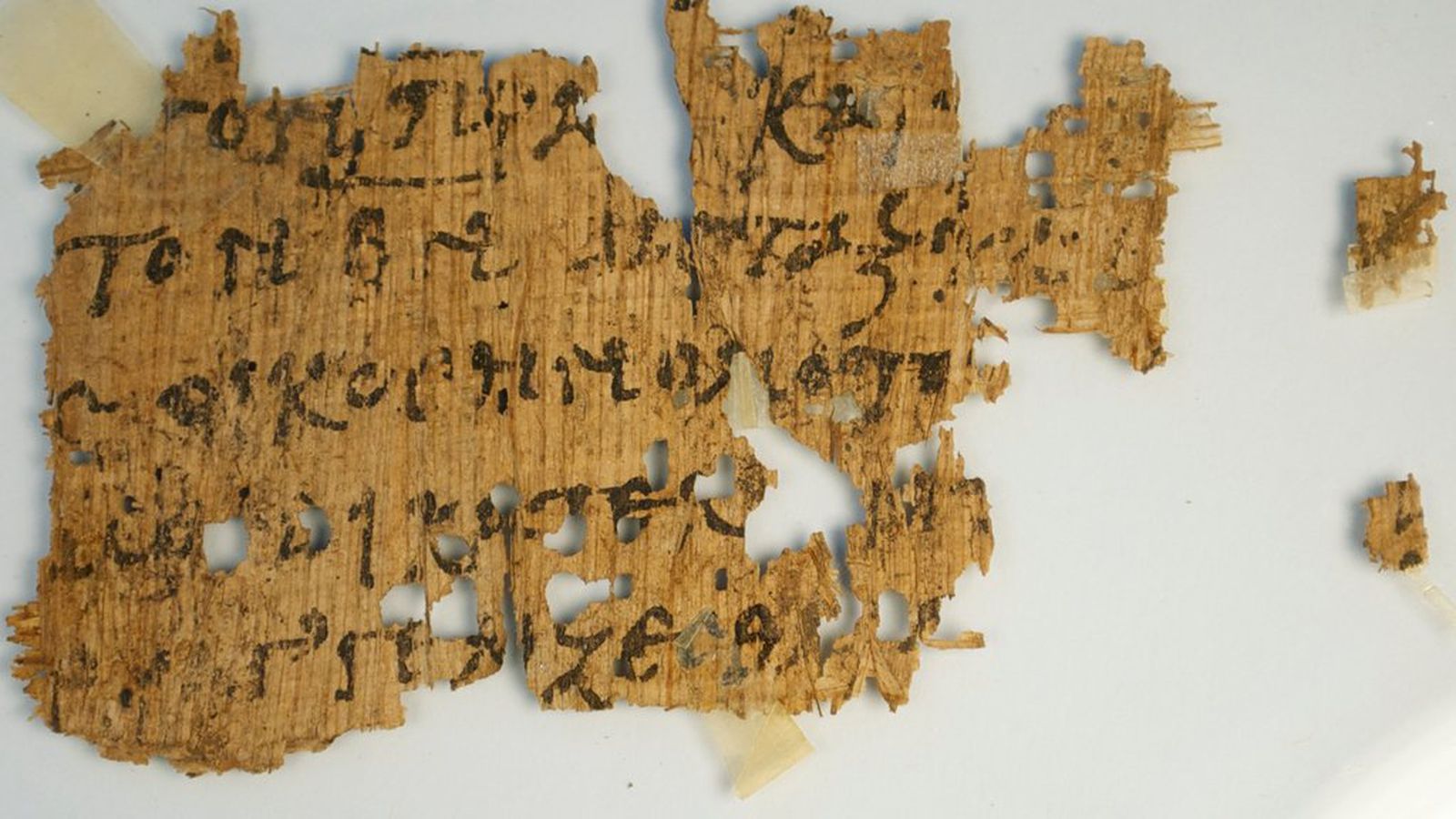 John Kissinger [11/22/2015 9:02 PM]
Mr. Smith will present his research at the annual conference of the Society of Biblical Literature in Atlanta #SBL http://www.nytimes.com/2015/11/21/books/greek-new-testament-papyrus-is-discovered-on-ebay.html?smid=tw-nytimes&smtyp=cur&_r=0

Ok.. knee jerk is over … i wonder how accurate this all is … and if it really was never known abiut if so, then how much other stuff is hidden away with academics who should be showing their hand?

Rick Wadholm Jr [11/22/2015 11:45 PM]
The NY Times piece seems legit. Geoffrey is a Nag Hammadi scholar and is presenting this weekend, but according to my most recent app update it is not about this fragment.

John Kissinger [11/23/2015 8:27 AM]
Rick Wadholm Jr was at SBL – did they present it for real? AnneMarie Luijendijk, a professor of religion at Princeton University who also reviewed Dr. Smith’s paper, said that to her, the most intriguing aspect of the manuscript is that both the John text and the unidentified Christian text appear to be in the same handwriting — a very unusual feature for any of the reused scrolls, Christian or otherwise, that survive from antiquity, she said. “If it was in a personal library, and then the same scribe turned it around to write the other text, what does that mean? It’s really puzzling.” Luijendijk said

John Kissinger [11/23/2015 8:48 AM]
no lough here John Ruffle news was picked up by academia here http://www.bricecjones.com/blog/a-greek-papyrus-of-the-gospel-of-john-for-sale-on-ebay and here http://evangelicaltextualcriticism.blogspot.com/ The text is from John 1:50-51. I have provided a provisional transcript below in both diplomatic and full forms.

John Kissinger [11/23/2015 10:08 AM]
lastly item jumped to $1275 price BUT … Wieland Willker determined it was NOT even John at all “From what I can gather from the verso, it does not seem to be from John. I have a note on it on my blog” [http://textual-criticism.blogspot.de/2015/01/greek-papyrus-on-ebay-gospel-of-john.html] Furthermore, on l. 5, it looks like we have ????????????[, with an apostrophe separating the two gammas. Perhaps the reason why Willoughby who published extensively on Codex 2400 never mentioned this here “1,700 year old” MSS piece

John Kissinger [11/23/2015 3:14 PM]
Been following this MSS with some interest since January when U of Bremen @Wieland Willker first published on it [http://textual-criticism.blogspot.de/2015/01/greek-papyrus-on-ebay-gospel-of-john.html]. Lost interest when we determined it was just an amulet copy (though carrying the handwriting characteristics of 4th century MSS). Furthermore, @Geoff S. Smith [https://www.facebook.com/geoffrey.smith.102] is still speaking about the 2011 amulet copy P.Oxy. 5073. Mark 1:1-2 as related to the current presentation and not a full disappointment. In my recent defense, I did try to ask for life blogging from the SBL presentation, but I guess NT Wright was more interesting than the NT text. ETC’s Tommy Wasserman who was also at the presentation today promised an update. [Full presentation title: “Preliminary Report on the ‘Willoughby Papyrus’ of the Gospel of John and an Unidentified Christian Text.” Society of Biblical Literature Annual Meeting. Papyrology and Early Christian Backgrounds and Christian Apocrypha Joint Session. Atlanta, GA. November 21, 2015.]

A New Papyrus of the Gospel of John: Today I will attend the Papyrology and Early Christian Backgrounds sessio… https://t.co/KZLJHo0oUu

John Kissinger [12/01/2015 8:32 AM]
Welcome to the group Tommy Wasserman We were just reading trough your session notes. What was the final conclusion? Reviewed, examined and reported. Cant say I’m not greatly disappointed by this new “amulette” Rick Wadholm Jr http://www.evangelicaltextualcriticism.blogspot.com/2015/11/new-papyrus-p134-of-john-report-from-sbl.html

John Kissinger [12/03/2015 9:07 AM]
not much on this by Tony Burke [http://www.tonyburke.ca/] either except that ” the first text written on the scroll was John (probably the entire text)” Of course the entire John text being entirely speculative Rick http://www.apocryphicity.ca/2015/11/23/2015-sbl-diary-day-1/ Also I am still to locate the amulet now marked Gregory-Aland Papyrus 134 in any MSS dB but perhaps soon

Tony Burke [12/03/2015 4:29 PM]
A note about Geoff’s presentation: he suggested the MS was the entire Gospel of John because it features two pericopae that follow one another in the complete gospel, rather than one isolated pericope which is common on amulets (very often the Wedding at Cana); also there is no other evidence for the MS being an amulet (chord, etc.).

Tony Burke [12/03/2015 4:57 PM]
The folding, according to Geoff, was secondary–i.e., occurred subsequent to its original use. I think the argument for it being a re-used scroll, which seems compelling due to the reorientation of the MS for the verso text, trumps arguments for amulet use.

John Kissinger [12/03/2015 5:07 PM]
Makes sense as well. How did he explain the same handwriting with later scripting on a palimpsest?

Do you give to Samaritan’s Purse?