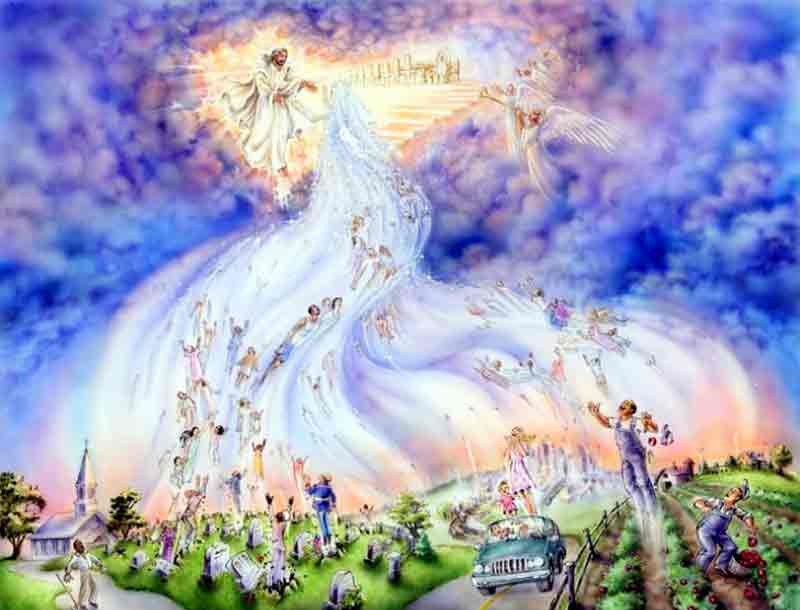 John Conger [11/23/2015 9:56 AM]
Saying they happen at different times, then quoting the scriptures about the trumpets doesn’t show me anything other than the scriptures I already know

Ricky Grimsley [11/23/2015 10:13 AM]
I just would like to point out again that when jesus lists the signs of his coming and the end of the age???? He doesnt start with the rapture. No list of events starts with the rapture.

John Kissinger [11/23/2015 10:14 AM]
Jesus was speaking to Jews from which the New Testament church and its rapture was a hidden mystery of the ages according to Paul

John Conger [11/23/2015 10:27 AM]
Ok. Just saying it happens at the beginning and the other (i.e. #1 ) doesn’t prove they do. Just saying the trump of God and the angels trump are different (i.e. #2) doesn’t mean they are. The “last trump” actually means the THE LAST TRUMPET. You don’t have to twist or contort words or meanings. It means what it says

John Kissinger [11/23/2015 10:50 AM]
John Conger you do have a valid point here. If we have to be honest the Rev. text does allude of a taking at that point, which some have contributed to a taking up from among the Israelites, but who can definitely tell, right? About the pre-trib #CHURCH rapture, however, we do have valid and solid BIblical proof as stated in the 5-point pre-trib church #rapture deference above

Ricky Grimsley [11/23/2015 10:52 AM]
Just like this. 2 Thessalonians 1:6-8 KJVS [6] Seeing it is a righteous thing with God to recompense tribulation to them that trouble you; [7] And to you who are troubled rest with us, when the Lord Jesus shall be revealed from heaven with his mighty angels, [8] In flaming fire taking vengeance on them that know not God, and that obey not the gospel of our Lord Jesus Christ: When do we get rest “when jesus comes with the angels” then gods wrath happens. #boom lol

John B. Gaither [11/23/2015 10:57 AM]
PreTrib also use Rev 4:1 – 4 After these things I looked, and behold, a door standing open in heaven. And the first voice which I heard was like a trumpet speaking with me, saying, “Come up here, and I will show you things which must take place after this.” As this is where the Rapture takes place. We go from the State of the Church before the Rapture, then the Church/Bride are ushered into Heaven.

Ricky Grimsley [11/23/2015 11:11 AM]
Could there not be a bunch of saints already around the throne. lots of people have already went to be with the lord.

John Conger [11/23/2015 12:33 PM]
I’m not sure how old you are but I’ve been reading dakes for more than 20 years. I know his arguments. Under this argument mid would also be in time for the marriage supper.

A spiritual revival continues to blaze in Northeastern Tennessee, entering its 12th week Monday with more than 200 people accepting Jesus Christ as their…