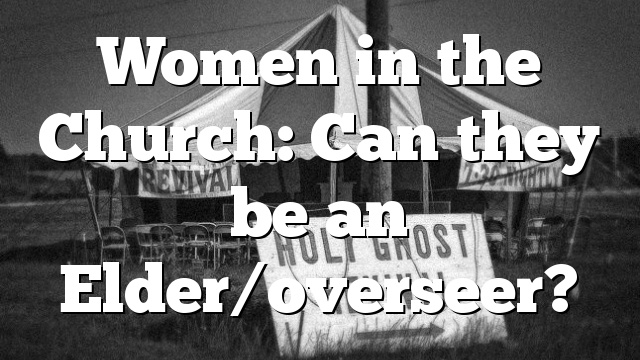 As far as women being in the pulpit, in the Book of Acts, you will find that Philip had three daughters who were preachers. The apostle Paul in the Book of Romans, the last chapter, the seventh verse, alludes to two people, Andronicus and Junia. Junia is a woman.

And then, he refers to them as “fellow apostles,” which in the life of the early church was the highest position attainable in leadership and in preaching.

When the Holy Spirit falls upon the church on the day of Pentecost, Peter says, “This is what was spoken of by the prophet Joel when he said, ‘The day will come when the Holy Spirit comes upon His people, God’s people, and young men”–and then it says–“and young women shall prophesy, (i.e., shall preach).”