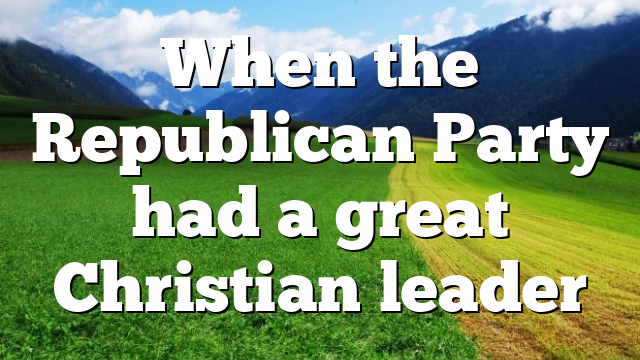 William Buckley was one of the pillars and founders of modern American Conservatism. In 1955 he established the National Review that serves to this day as one of the main voices of American conservatism. He was a devout Christian and strong anti-Communist. Early on in his career as political columnist he quit the conservative political journal American Mercury, because of its increasing anti-Semitism – a root spiritual dysfunction.[1] Significantly, he strongly opposed the influence of Ayn Rand on conservatism, seeing her atheism as destructive to the conservative’s sense of religion and spiritual accountability.[2]

Few people remember that Buckley was the main figure in banishing Robert Welch and his conspiracy theory (CT) laden John Birch Society from the Republican Party. Ironically, this was done by a real conspiracy between him, Russell Kirk, Senator Barry Goldwater and a few others who met secretly in 1961 in Palm Beach, Florida. For those under fifty, Senator Goldwater was the spokesman of the conservative wing of the Republican Party in the Senate. He was the Republican nominee for president in 1964 but was defeated by Lyndon Johnson in that election. The Palm Beach group brainstormed what to do about the John Birch Society’s growing influence on both the conservative movement and the Republican Party.[3]

The John Birch Society was founded just after World War II by Robert Welch, a businessman, to counter the rise of communism. This laudable goal was marred by a cluster of CTs about why communism was advancing, as in for instance, the fall of anti-Communist Nationalist China with the triumph of Mao’s Communist “Peoples’ Republic.” Robert Welch believed it was due to a secret Communist takeover of the American government that allowed the triumph of Mao’s Red Army. That was not true. The Truman administration supported the Chinese Nationalist government with an immense number of arms and ammunition, and even arranged and paid for the airlift of an entire Nationalist Army division from south China to the North where it was needed.

After much discussion with his advisers, Truman decided not to go further and put American ground forces in China. Perhaps that was the best course. We learned decades later in Vietnam that Communist armies are highly motivated by the myths of Marxism and a utopian society once the “reactionaries” are eliminated. Ultimately, Mao’s People’s Liberation Army outfought the Nationalist Army even though the latter were better equipped.

Among other things Welch believed was that President Dwight Eisenhower, like Truman, was a “conscious agent of communism” and American foreign policy was a sly scheme to turn the world over to communism, just as in China. Other conspiracy theories of the Society included the belief that the fluoridation of water was also a communist conspiracy to ruin the health of the American people.[4]

At the Palm Beach meeting Senator Goldwater, who was preparing to run for president, expressed both his admiration and concern for the John Birchers. They were enthusiastic anti-Communists and great donors to the Republican Party. But about these crazy CTs, what was wrong with them? Buckley answered that the fallacy was, “[T]he assumption that you can infer subjective intention from objective consequence: we lost China to the Communists, therefore the President of the United States and the Secretary of State wished China to go to the Communists.”[5] This fallacy is at the heart of many CTs.

Goldwater thanked Buckley for his insight, and those at the meeting agreed on a plan to finesse the Birchers out of the Republican Party. Goldwater proceeded to publicly attack the Birchers’ conspiracy theories, while still lauding its members as patriots. Buckley used the National Review to publish a series of searing articles, by himself and others, on the Society and Robert Welch. In a letter to the National Review, Goldwater publicly affirmed Buckley’s position:

I think you [Buckley] have clearly stated the problem which Mr. Welch’s continued leadership of the John Birch Society poses for sincere conservatives. … Mr. Welch is only one man, and I do not believe his views, far removed from reality and common sense as they are, represent the feelings of most members of the John Birch Society. … Because of this, I believe the best thing Mr. Welch could do to serve the cause of anti-Communism in the United States would be to resign… We cannot allow the emblem of irresponsibility to attach to the conservative banner.[6]

The “Palm Beach Conspiracy” ultimately worked. Although Welch did not resign, and the John Birch Society continued in its CTs, but it was marginalized by the Republican leadership and faded from influence. The Republican Party became rationally conservative (i.e., reasoned argument which avoided CTs) and became the party that ultimately got Ronald Regan elected president.

Unfortunately, in the recent decade some of the John Birch Society’s now gray-haired veterans and their literature have influenced the Tea Party.[7] Several commentators on both the left and Right of American politics have lamented that now there is no one among American conservatives with the prestige, intelligence and authority of Buckley to counter the Tea Party and the “Forever Trump” supporters and their CTs, as in the Jade Helm CT (next).[8]

The Ayn Rand crisis in the Republican Party:

As indicated above (chapter 12) many of the current spiritual problems in the Republican Party are due to its accepting Ayn Rand’s atheistic Objectivism as mainstream and not having statesmen within its leadership to rebuke this ideology. To the contrary, Paul Ryan, speaker of the house till 2019 and vice-presidential candidate in 2012, was an avid Rand enthusiast to the point of giving out free copies of Atlas Shrugged to incoming freshmen congressmen. Thus, the present Republican leadership has been so weakened spiritually by the Ayn Rand infiltration that they have not noticed how dysfunctional and unattractive they have become.

The noted columnist David Brooks, who, inversely, has shown an increased sensitivity to the spiritual and ethical issues of politics, described in a masterful column how Republicans and American conservatives have morally declined. He noted that classical conservatism of the Edmund Burke variety (Reflections on the Revolution in France, 1790) concerned itself with the greater common good, and how to conserve traditions and institutions that encourage the common good. Libertarianism, particularly the Objectivist variety of Ayn Rand has destroyed that strand of conservatism. Libertarian Republicans and the Tea Party’s misguided attacks on the traditional patterns of compromise have created a generation of incompetent politicians and gridlock.[9]

Sadly, this is a situation contrasts with the Republican Party inspired by Buckley. Besides countering the John Birch Society, Buckley gift to the cause of conservatism and the Republican Party was his famous TV program, “Firing Line” (1966-1999). This program featured vigorous, and universally civil, debates between Buckley and liberal politician or academics. The exception was his long-standing feud with George Vidal, which got “testy” but fortunately not physical.

The program was structured like a collegiate debate exercise and had its roots in Medieval Christian tradition (of which Buckley was aware) of debating theological and philosophical issues. In the Christian Medieval University, the two debaters began by summarizing their opponent’s position to the satisfaction of that opponent. Thus, it was clear that each side understood the other’s viewpoint, and not just a caricature of the other’s position. Then the real debate began when each side tried to bring in superior reasoning or new facts to bear with the intention of converting the opposition. Buckley followed this pattern in his programs.

The stars of today’s conservative talk radio are a faint substitute of Buckley’s Firing Line. They rarely give meaningful airtime to the opposition’s best thinkers. Rather, conservative talk radio centers on the opinions of the commentator. For instance, the late Rush Limbaugh, who modeled contemporary conservative talk radio, allowed some opposition speakers in his program, but only for very short segments, and he never invited the liberal opposition to share his microphone for a concentrated debate.  Limbaugh’s programs were well done, very entertaining and his commentary was often insightful, but the Buckley model for rational, fair, sustained debate was forgotten. The result is that the present-day Republican conservative public has no little or no idea of what a good debate is like, or what the real motives and reasoning of the opposition are.

[1] That many Republicans of the 1960s shared a deep suspicion for the Jews in America is partially understandable. Many of the Jewish migrants who came to American in the 20th century were often secularized and alienated from religious Judaism, and placed their trust in radical politics, as in anarchism and Marxism. Buckley spiritually discerned, that despite that historical association, anti-Semitism was evil.

[3] The conspiracy is described by Buckley himself, who calls it the “Palm Beach Conspiracy.” See his article, “Goldwater, the John Birch Society, and Me,” Commentary. Posted March 1, 2008. https://www.commentarymagazine.com/article/goldwater-the-john-birch-society-and-me/

[4] For a book length study of the Society see, D. T. Mulloy, The World of the John Birch Society: Conspiracy, Conservatism, and the Cold War (Nashville: Vanderbilt University Press, 2014).

The Ecumenical And Pentecostal Movements After A Century

Pentecostal Theology, Volume 25, No. 1, Spring 2003 S SP Articles The One Hope of Your Calling? The Ecumenical and Pentecostal Movements after a…