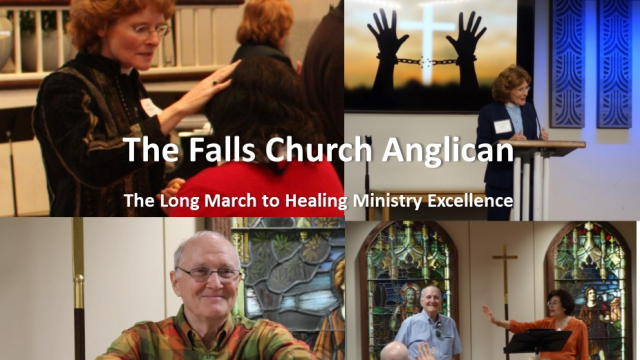 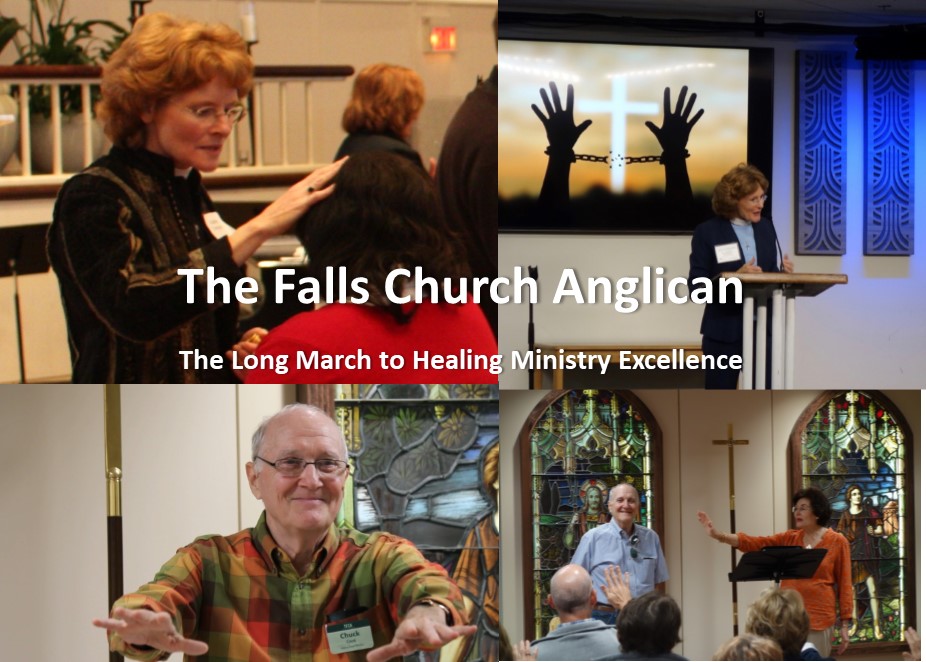 This article is a chapter from the Rev. William De Arteaga’s forthcoming book, Saints, Heroes and Villains of the Anglican Healing Awakening.

Its clergy and members understand their calling as a “three streams” congregation. That is, a church where the different aspects of liturgical and sacramental worship, evangelical preaching and Christian good works, and the gifts of the Spirit operate and interact among various groups and ministries, according to their preferences and needs. To be specific, the gifts of the Spirit operate mostly among the healing and intercessory prayer ministries, and a few home groups, but not in the main liturgical services.

The town of Falls Church, Virginia, is a suburb of Washington DC., and many of the parishioners are executives, government employees, and current or former military personnel. Its parishioners and its excellent staff make it one of the most prominent churches in the greater D.C. area. 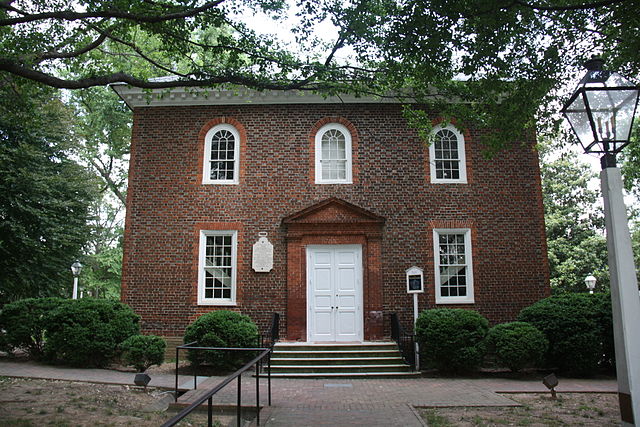 The Falls Church building in 2009. Originally built in 1769, with evidence of repairs to the structure (note the newer brick under the first floor windows) after the American Civil War.
Image: Wikimedia Commons

The historic Falls Church was established during the colonial period. Its first building arose in 1732. Later, George Washington was a warden of the church in the 1760s and oversaw the construction of the brick church building to replace the original wooden structure. The Falls Church served as both a church and recruiting station for the American Army during the War of Independence. Later, the church served as a Union hospital during the Civil War, as Northern forces quickly took over the territory around Washington, D.C.

After that terrible conflict, The Falls Church was restored to its original status, but did not really thrive, and Sunday attendance dropped to less than a hundred. But in 1935 the Rev. Watkins was called as rector, and by the time his tenure ended (1945) church attendance was in the 300s.[2] The Falls Church grew steadily from that time as the population of Washington D.C. continued to grow as World War II morphed into the Cold War with the Soviet Union.

However, The Falls Church did not become the prominent church it is today until the pastorship of the Rev. John Yates, who came in 1979. He and his wife were both from devoted Christian homes.[3] The Rev. Yates’ mother was prominent in CFO circles in the 1950s

North Korea is at it again! They’ve been threatening America…

Frightening!! This is serious problem!! North Korea is at it again! They’ve been threatening America for months, and this weekend they tested a new…