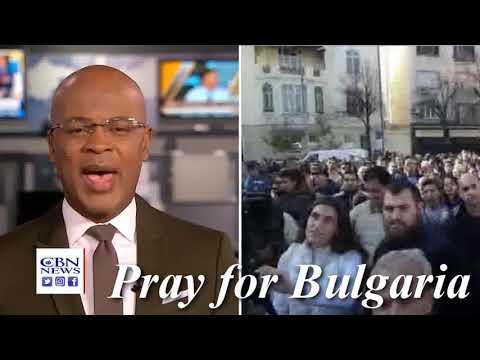 President of the Honorary Committee: H.E. Dr ADAMA DIENG, The Under-Secretary-General, Special Adviser of the Secretary General of the UN on Prevention of Genocide. Secretary General: Dr LIVIU OLTEANU | www.aidlr.org UNITED NATIONS GENEVA – PALAIS DES NATIONS, ROOM XVII, ON 30 OF NOVEMBER 2018 OHCHR – ELEVEN ‘FORUM ON MINORITY ISSUES, ITEM 3 STATEMENT DELIVERED By DR. LIVIU OLTEANU, the Secretary General of the International Association for the Defense of Religious Liberty from Switzerland on ‘RELIGIOUS FREEDOM LAW’ OF BULGARIAN PARLIAMENT Madame Chairperson The UN Special Rapporteur on Minority Issues, Excellencies, Ladies and Gentlemen, At the 70th Anniversary of UDHR, first of all I want to thank to the UN, for what is doing in favor of human rights, peace and minorities. I’m Dr. Liviu Olteanu, the Secretary General of the International Association for the Defense of Religious Liberty (AIDLR) from Switzerland, founded in 1946, organization which received the special support of Eleanor Roosevelt, the first president of our Honorary Committee. Ladies and gentlemen, I want to underline from very beginning that we don’t defend a religion, but we defend the PRINCIPLE of freedom of religion or belief for all people. We live in times with insecurity and crisis. According to Antonio Guterres UN Secretary General “around the world we see how ‘religion’ is being manipulated to justify incitement to violence”. Adama Dieng, Special Adviser of the UN Secretary General on Genocide Prevention, stresses too: “religious minorities, migrants and refugees are often used by parties by fueling divisions”. Recent years, we have witnessed the spread of violent extremism, which misuses religion to justify discrimination against religious minorities, or creating laws based on ‘national security’; sometimes and in some countries, these laws are used as pretext against religious minorities as Muslims, Jews, Christians, not respecting their dignity and rights. In these days, Bulgarian Parliament prepares a law on religious freedom – and if the law will be voted – it can affect the religious minorities as: Evangelicals, Baptists, Seventh-day Adventists, Pentecostals, Catholics, Jews, Muslims and others. I appreciate Bulgaria and Bulgarians – a nice country with wise and wonderful people. I ask the UN Special Rapporteur on Minorities, the European Union, all European countries to use all diplomatic tools asking urgently Bulgaria, to adequate the prepared draft of ‘religious freedom law’ according the UDHR art 18, the ICCPR art 18, and the EU’ Guidelines on religious freedom. I ask Bulgarian Parliament listening the voices of religious minorities, correcting the draft law, and giving up to all proposed restrictions on religious freedom. I thank and I congratulate Bulgaria for the attention can give to the future ‘law of religious freedom’, in the way that future law can be according the international laws. Excellencies, I wish to Member States, to all of you, a blessed 2019 with peace, security, happiness and love for the Other, our neighbor ! Together, let us make the difference! Thank you Madame Chairperson. A Non-Governmental Organization accredited to the United Nations ECOSOC Committee, in Participatory Status with the Council of Europe and the European Parliament Headquarters: Schosshaldenstrasse 17, CH-3006 Berne, Switzerland; Phone +41 (0)76 316 07 29; Fax +41 (0)31 359 15 66 Offices : Rue Belliard 4-6, 8, 1040 Brussels, Belgium; Phone + 32 250 298 42

The Presence of God in You

Jesus said that He would send the Holy Spirit to be with you and in you (John 14:16-17). When you receive Christ as Savior…