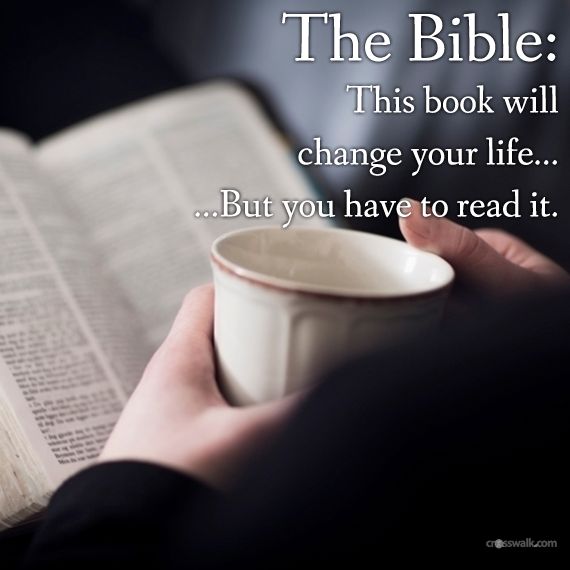 The Word is a man, not a book! Jesus did not die so we can have bible studies…. He died so we can know Him!

Jon Sellers [10/10/2015 4:30 PM]
I think the text says something about knowing God is eternal life. Brothers, we do not have to create dichotomy here. Jesus is the word of God the eternal Son who is our savior, while the Bible is the recorded word of God used for our edification. They are both validly called the word of God according to the true nature of each one.

Our difficulty is letting the Word become flesh in us. May we all pray “Let it be to me according to Your Word.”

James Armstrong [10/10/2015 4:48 PM]
Catholics are coo coo. Jesus prayed for us who believe on the apostles words. So I believe we new to study the word. If any revelation doesn’t line up with it we should discard it. Paul said it’s noble to search to scripture to see if a message is true. Also scripture is good for doctrine and reproof.

Pinsonfork Cog [10/10/2015 7:12 PM]
Not sure how I got included in this group “Penecostal Theology”. I’m closing the door on this one, seriously someone needs to stop drinking the Kool-aid……….

Angelique La Fon-Cox [10/10/2015 8:46 PM]
Are you serious? The Word IS God. “All Scripture is God-breathed and is useful for teaching, rebuking, correcting and training in righteousness.” 2 Timothy 3:16 and then of course there is, “In the beginning was the Word, and the Word was with God, and the Word was God.” John 1:1. I guess you don’t study the Word you wouldn’t know that.

Angelique La Fon-Cox [10/10/2015 8:46 PM]
Are you serious? The Word IS God. “All Scripture is God-breathed and is useful for teaching, rebuking, correcting and training in righteousness.” 2 Timothy 3:16 and then of course there is, “In the beginning was the Word, and the Word was with God, and the Word was God.” John 1:1. I guess you don’t study the Word you wouldn’t know that.

Susan Duckett [10/10/2015 8:58 PM]
God and Jesus and the Holy Spirit are all one person so when the scripture says “In the beginning was the Word, and the Word was with God, and the Word was God.” John 1:1 This covers all three people. Now I have to go do home work so blow up the post about the Trinity but it is absolute truth. Have fun figuring it out. I leave you to your own!!

Kevin Bounds [10/11/2015 8:05 AM]
I understand your premise.But I guess when Jesus, who is the Son of God, repeatedly states “It is written” refering to a scroll/book during His temptation was a overlooked in your assumption.

Kevin Bounds [10/11/2015 8:13 AM]
Also, Peter A Vandever, I am interested in knowing how you came to faith in Christ? But in your explaination please do not make use of those pesky Scriptures verses…lol. By nature a word has two nature, it ca be spoken (aka Jesus ministry) or written (aka the Bible which tells us about Jesus’ spoken words).

Charles Page [10/13/2015 9:49 AM]
The Holy Spirit conceived Jesus in Mary’s womb and the Word became a man all according to the will of the Father. Pull up your chairs and let’s have a Bible study.

Charles Page [10/13/2015 6:18 PM]
The Holy Spirit performed the will of the Father in the conceiving of Jesus in Mary’s womb. No he is not the Father but He is God. He is with the Father and He is God.

Felicia Goddard [10/13/2015 6:35 PM]
The Trinity is three separate persons one God the father the son the Holy Spirit equals one God. This is what we see throughout the entire Bible. We here the Gospel of John chapter 1 proclaiming the Trinity and explaining that Christ is eternal and equal in essence with the Father when he says “In the beginning the Word was with the Father and the father was with the Word.” Then we learn that the spoken Spoken-word of God becomes flesh. This is not the written word as some people are in error to believe. This is not the Bible which the Greek word for Bible or for writing is translated as Scripture. So this is flash which is completely God 100% God and 100% human. This is the Son of God the only begotten Son see John 3:16. The father is still in heaven note the son praise to Him.

James Armstrong [10/13/2015 6:44 PM]
What about the fullness of the Godhead belling bodily in Christ? Where were the son and Holy Spirit when he said he alone was God?

Charles Page [10/13/2015 6:58 PM]
The Bible says Jesus was conceived of the Holy Spirit…
Where in the Bible did Jesus say he “alone” was God? There is no support for saying the Father, Son or Holy Spirit “alone” is God.

Jon Sellers [10/13/2015 8:35 PM]
Holy spirit conceived Jesus in Mary’s womb by the power and the interaction with the created order that is the primary work of the Holy Spirit. But that does not define the relationship of the Holy Spirit to Jesus the Son of God. The Holy spirit has always been called the Spirit of God or the spirit of Christ and so his relationship is as the Spirit to the Father and the Son.

The relationship between Father God and the Son of God has always been that father-son relationship from eternity. It did not begin at the incarnation.

The incarnation is when Jesus the son of God became man and took on human nature but that was not the beginning of his relationship as Son to the Father.

Jon Sellers [10/13/2015 8:57 PM]
Charles could you elaborate please? Was the son of God a distinct second member of the Trinity prior to the incarnation?

Charles Page [10/13/2015 9:05 PM]
The Word is a second member of the trinity (sometimes person is a problem and is limited in expressing the Godhead) There are two views: eternal Sonship and the Son is said to be eternal and the incarnational Sonship in which the Son was begotten (Catholics want to say eternally proceeding as begotten- eternally begotten)

The Word is refereed to as He in creation. All members of the Godhead have the personal pronoun “He” Christ is said to bear this contradiction of sinners, being both God and man, fully.

A Response to Jurgen Moltmann’s The Crucified God

Tad DeLay Ireland, ST501 Critical Response #1 A Response to Jurgen Moltmann’s The Crucified God A theology centered on the cross developed in Jurgen…