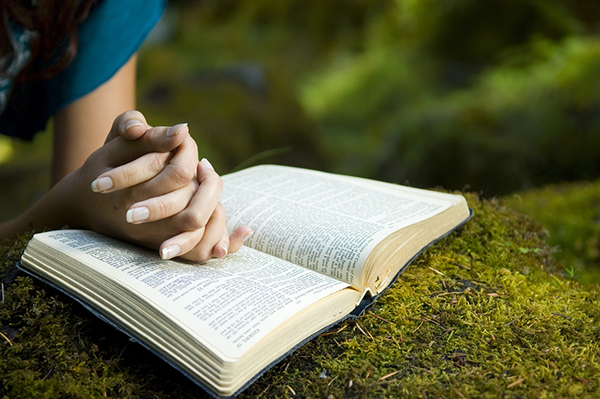 One has an everlasting power that never dies and never turns off, but the other goes flat, people don’t know it’s a bible and can be hidden away as if it’s nothing. Support the use of actual bibles in church and in the world, something amazing happens when you take the real bible off your shelf and open it up! #realbiblebeliever #itsabiblenotacomputer #neverdies

Brian Roden [09/27/2015 6:32 PM]
I always take my bilingual English-Spanish Bible to church with me, but also my tablet where I can access the Greek NT and dozens of English and Spanish translations for comparison (not to mention Logos digital library)

David John Maxfield [09/28/2015 7:41 AM]
Scripture has a problem with your view on this as it says “Jesus opened the ‘book’ to Isaiah and read…..” it was most likely written in scroll form such as the dead sea scrolls, so I’m sorry but what you have said is incorrect, there may have been stone writings but most certainly the majority was on parchment

David John Maxfield [09/28/2015 7:47 AM]
Also the letters of Paul to all the churches and the prophesies of Jeremiah, revelations etc etc the list goes on, they are all written on parchment and by scribes. The temple never had the Torah in stone, it wouldn’t fit in it lol it was on parchment

Brian Roden [09/28/2015 9:46 AM]
What makes the Word of God the Word of God isn’t the medium on which it is presented (parchment scroll, papyrus codex, Gutenberg press-printed bound book, or computer/tablet screen, oral recitation from memory) but the source of the words that were “theopneustos” – God-breathed.

John Kissinger [09/28/2015 9:47 AM]
Moses himself used a tablet which God gave him Himself and wrote on them. Tablets are Biblical Rick Wadholm Jr

Eric Shonebarger [09/28/2015 2:31 PM]
I’m sure someone said the same thing when they stopped copying individual scrolls and packaged them into one bound book.

Rick Wadholm Jr [09/28/2015 2:36 PM]
In fact, the Church fairly early on showed its Gentile influences by turning to the new medium of the codex (book) instead of scrolls being maintained.

Thank you God for calling me!

Thank you God for calling me! When I was dead in sin you called out to me, and you found me. Anybody in this…