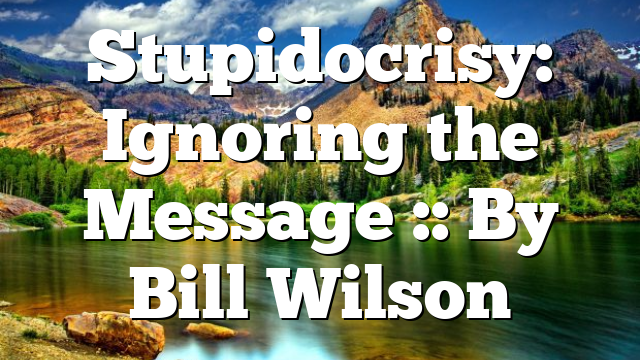 One of the most egregious abuses of government power in American history has occurred, and those in charge claim they knew nothing about it. This doesn’t pass the straight-face test.

If the FBI or IRS or Homeland Security, or any of the other strongarms of the federal government can invade a person’s house, a person who is cooperating with investigations and is not a lethal threat to society, someone like former president Donald Trump, they can do it to you. And to show the complicity of political opponents, all you have to do is listen to their responses—they claim they don’t know anything. When a target like the former president is publicly raided, you can bet your jackboots they all know what’s going on.

Let’s start with the White House. As reported by several media outlets, because the White House Daily Briefing was not posted on whitehouse.gov at the time of this writing, Biden Press Secretary Karine Jean-Pierre said,

When asked if the raid was politically motivated, Jean-Pierre said that she would not “speak to that from here.”

Speaker of the House Nancy Pelosi (D-CA) didn’t know anything either. She told MSNBC’s Morning Joe,

“All I know about that is what is in the public domain. I was surprised that it flashed on my phone last evening, so I don’t really have too much to say except that to have a visit like that, you need a warrant. To have a warrant, you need justification. And that says that no one is above the law, not even a president or a former president of the United States.”

“Well, I know nothing about it other than what I’ve read like everybody else, so I think it’s wise for me to withhold comments until we learn more.”

Can anyone say “Talking Points”?

Attorney General Merrick Garland isn’t saying anything either. Nobody knows anything about no raid.

We do know that the judge who approved the warrant for the raid, Bruce Reinhart, resigned from the South Florida US Attorney’s Office in 2008, then the next day went to work for convicted pedophile Jeffrey Epstein’s employees. He then donated thousands of dollars to former president Obama’s campaign. Later he was appointed judge. There’s always a connection.

Politicians who always know everything and now say they don’t know anything speaks volumes.

“This know also, that in the last days perilous times shall come.”

One thing is for certain; the Democrats are sending a perilous message to those who dare oppose them. Ignoring it would be, say it with me… Stupidocrisy.

The vocation of pastor(s) has been replaced

The vocation of pastor(s) has been replaced by the strategies of religious entrepreneurs with business plans. ~ Eugene Peterson