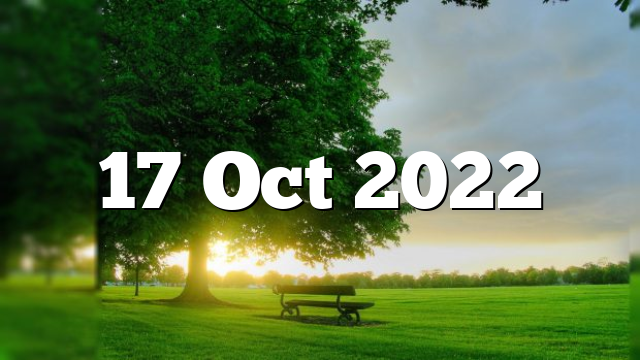 “This know also, that in the last days perilous times shall come” (2 Timothy 3:1).

This sums up the times in which we are living:

Perversion: A practice or act, especially one that is sexual in nature, considered abnormal or deviant.

INIQUITY SHALL ABOUND IN THE LAST DAYS

5 dead, 2 wounded in North Carolina neighborhood shooting spree; shooter is 15 years old; one of the victims was his brother. Those killed: James Thompson, 16 (shooter’s brother); Gabriel Torres, 29 (off-duty police officer); Mary Marshall, 34; Susan Karnatz, 49; Nicole Conners, 53. A neighbor described the shooter, Austin Thompson, as unusual. “I used to see him at 4:30, 5 in the morning with a bookbag on. Buses don’t run till 7 in the morning.”

THE EVILS OF COMMUNISM

China Conducting ‘Race-Baiting’ Social Media Campaigns to Polarize Americans. [And the Marxists/Communists in our own government are doing the same thing.]

Now they want to screen EVERY American child over age of eight for anxiety – even if they have no symptoms. US Preventative Services Task Force (USPSTF), one of the most influential bodies in US health care, issued the new guidelines Tuesday. It also is pushing for doctors to screen all children over the age of 12 for depression no matter their reported symptoms. Experts have expressed concerns, fearing it could lead to an over-medicated population and another opioid-like crisis.

In California: Democrat stronghold of Los Angeles reeling from corruption, scandal, and chaos.

The US has a mentally-disabled president. He’s a puppet, but no doubt, that was the plan. Latest among many gaffes: Biden said his son died fighting in Iraq. Yet, his son died of brain cancer years later.

Biden’s Secret Promise to OPEC Backfires. In 2020, Trump proposed to buy American oil at $24 a barrel. Democrats blocked the proposal; now it’s come back to haunt them. This past week, Biden secretly tried to keep OPEC+ from cutting oil production by offering to buy OPEC+ oil at $80 a barrel. Saudi Arabia refused, and Biden is threatening retaliation. Dems foolishly and/or deviously decreased US domestic oil production. Now look at the mess we’re in! Perception of the US by OPEC has weakened while Putin’s influence has strengthened.

LA Democrat Steps Down as City Council President After Comparing Black Child to Monkey in Leaked Audio. Yet, Nury Martinez still remains on the council.

Cattlemen Pressured to Shut Up with their exposing how the meat industry operates, including shipping meat from foreign countries to the US and putting a US label on the packages.

Soros-backed NGO says it wants to ‘save democracy’ by influencing national elections.

American college students are extremely biased, out of touch. The Communist plan has been working for quite a while. Colleges are churning out more people with no understanding of half the country; a horrifying stain on academia.

…AND THE ABORTION ABOMINATION (WITH FBI TYRANNICAL ARRESTS OF PEACEFUL PROTESTORS)…

FBI Arrests 87-Year-Old for Peacefully Protesting Abortion, Along With 10 Others. Shocking reports of FBI agents with assault rifles (1 ½ years after the peaceful protest occurred) loudly banging on doors before parents get their children off to school, with children cornered by the FBI and questioned as they watch their parent being handcuffed and arrested. Gov’t Claims that these protestors blocked people from entering the abortion clinic, etc., are exaggerated. Besides, local police arrested the group on trespassing charges at the time, which have been resolved. If convicted on the latest charges, they could be imprisoned. Yet, there have been no arrests of abortion supporters who vandalized pregnancy resource centers and churches, including fire bombings.

IN THESE LAST DAYS OF LOT RETURNED…

Virginia Democrat Delegate Elizabeth Guzman announced plans to introduce a bill where parents could face a felony or misdemeanor charge if they do not affirm their child’s sexual orientation and/or gender identity.

Mother shames ‘groomer’ school board with graphic description of drag show. Brittany Mayer is among mothers across the US who’ve confronted school officials for agendas harmful to children. Mayer described exactly what goes on at drag shows where children are present, as documented countless times with videos posted on social media.

Child rapist and murderer praised by leftist media as a ‘transgender woman, feminist, and advocate’ for incarcerated LGBTQ Rights. Yet, this biological male (goes by “Patricia Elaine”) is in prison for raping two 9-year-old girls. He also murdered a developmentally disabled cellmate.

“But whoso shall offend one of these little ones which believe in me, it were better for him that a millstone were hanged about his neck, and that he were drowned in the depth of the sea.”

…AND LAST DAYS APOSTASY AND DOCTRINES OF DEMONS

Methodist Church features drag queen in kids’ sermon. Drag Queen Isaac Simmons (aka “Ms. Penny Cost”) is also in the process of becoming ordained in the United Methodist Church. The so-called church pastor twisted Romans 12:2 by telling the children, “One of the things I think is great about Ms. Penny Cost is she reminds us that we follow a God who calls us not to conform to things of this world, that we’re supposed to be transformed by the renewal of our minds. That means what I think today may have to change tomorrow if I continue to renew my mind.” He continued, “It’s so cool that we serve a God who calls us to continue to grow and continue to change into something new, and to not be bound by the ways that the world confines us sometimes. That we’re supposed live differently.”

One Million Moms Website reports: The satanic animated series “Little Demon” has not been canceled as reported last week. You can sign the petition urging sponsors not to support it.

The list of complications, conditions, and diseases resulting from COVID shots is nearly endless and can affect any organ system in the body. Pfizer knew. Here’s their document. Look at the last 8 pages, which list over 1,100 serious side effects and life-threatening illnesses Pfizer knew would happen.

US: Food prices will continue to rise. The rise in food prices this year helped drive US inflation to its highest levels in 40 years. California’s drought withered summer crops like tomatoes and onions and threatened leafy greens grown in winter. Hurricane Ian ravaged citrus and tomato crops in Florida. This is likely to push food costs even higher. Drought in an area known as the US salad bowl has impacted fresh produce and pantry staples like pasta sauce and premade dinners.

US: California’s Salton Sea Drying Up. As it dries, salt and chemicals in remaining water have increased dramatically, causing mass die-off of fish and birds.

US: Trans-Pacific Shipping Plunges as US Retail Demand Falters. Spiking inflation means paying more for the same amount of goods. And people are cutting their retail budgets. The US is entering a stage of implosion in demand, to be followed inevitably by rising unemployment. Instability is much worse than during the stagflationary event of the 1970s.

US: Even Banksters Now Admit the US Economy Is Really Starting to Come Apart at The Seams.

Europe: Globalist-Driven Manufactured Energy Crisis Has Put Europe on Brink of Freezing, Widespread Food Shortages. Suppression of fossil fuels by “greenists” and “globalists” inevitably drives up costs of food. “We’re actually beyond the precipice at this point…. There’s going to be famine, and the question is, ‘How big and how many people are going to get hit?'”

Europe: A Reeling Europe Lashes Out at The Fed For “Bringing Us to A World Recession.”

The World: The IMF (International Monetary Fund) reports that the world’s biggest economies will continue to stall in 2023, and the worst is yet to come.

Worst floods on record hit Nigeria; over 1.4 million people affected and about 500 dead.

In Southeast Australia: Flooding inundated homes and businesses due to heavy rainfall, and rain is expected to continue for weeks to come. At least one person is dead, and two are missing. About 500 homes are flooded in Victoria, and the numbers are expected to rise. Tasmania is experiencing flooding as well, with north coast residents moving to higher ground as rivers rise.

THE EVILS OF ISLAM

HATRED OF JEWS AND ISRAEL…

Jerusalem: The Heathen Rage as Jews Celebrate Sukkot (Feast of Tabernacles). The violence seen in the city by Muslim mobs is almost unprecedented. Israeli security forces are deployed throughout the country.

…AND THE AGENDA TO DIVIDE GOD’S LAND

US Ambassador to Israel working to “eliminate” growth of Jewish settlements in Judea and Samaria. Thomas Nides said, “We do not support settlement growth. Period.” Nides also strongly advocates for the so-called two-state solution.

MARK OF THE BEAST SYSTEM

Excerpt from Daymond Duck’s latest article: The Canadian government signed a $105.3 million contract with the World Economic Forum to create a digital ID system for travelers. They want every Canadian in a national ID System. And the Gates Foundation has pledged $1.27 billion to the UN 2030 Agenda for Sustainable Development Goals with the understanding that $200 million will be spent on creating a global ID system. The goal is to get everyone on earth into a single global database by 2030 with information on what they do, say, write, buy, sell, etc., that can be used to control them. This sounds like the prophesied Mark of the Beast system that will end freedom on earth (the Rapture will occur a minimum of 3 ½ years before that).

WARS AND RUMORS OF WARS

In Military Drill, US Marines and other countries storm a beach in South China Sea of which China claims ownership. The Philippines participates in this annual drill, but for the first time, it involved South Korea and Japan.

US State Dept spokesman Ned Price said the US is not currently focused on reviving the 2015 nuclear deal with Iran, adding that the Islamic Republic has shown little interest in moving ahead with negotiations. [Editor’s note: It was a worthless deal then, anyway, and would be again.]

Iran To Hold Joint Naval Drill with Russia, China, Others.

Russian Massive Missile Struck Cities Across Ukraine on Monday. Critical civil infrastructure and densely populated cities were targeted. At least 11 killed, scores injured. Ukraine has suspended electricity exports to Europe as it now tries to end blackouts across the country.

Russia issued chilling threat to Western nations engaged in aiding Ukraine, stating that further action by NATO members could lead to a nuclear World War III that “will be catastrophic for all mankind.”

It’s a Time of Desperation; That Means Anything Is Possible. As Russia’s leader is further weakened, he’s more likely to lash out with nukes. The US is even stockpiling antiradiation drugs. Putin, who seems in poor health and showing increased mental instability, controls the world’s largest arsenal of nuclear weapons. Putin said he wasn’t bluffing when he warned he might use nuclear weapons against the West. He said the very existence of Russia is at stake in Ukraine. He’s desperate, and that’s very dangerous.

[Editor’s note: And what with the US military numbers down due to disastrous Dem policies, and the US giving away much of our weapons stockpile, the US is in no position to successfully defend itself. However, massive nuclear war is not prophesied to occur until the Church age ends and the Tribulation begins. We Church-age believers are not destined for the wrath that will soon come upon the unbelieving world.]

“Perilous times” have come, just as the Bible said they would. Stay close to the Lord in prayer and Bible reading. We must not despair but walk in faith — getting the Gospel out in every way we can, for as long as we can.

Lay hands suddenly on none

“Lay hands suddenly on no man, neither be partaker of other men’s sins: keep thyself pure.” 1 Timothy 5:22 (KJV) “Do not lay hands…