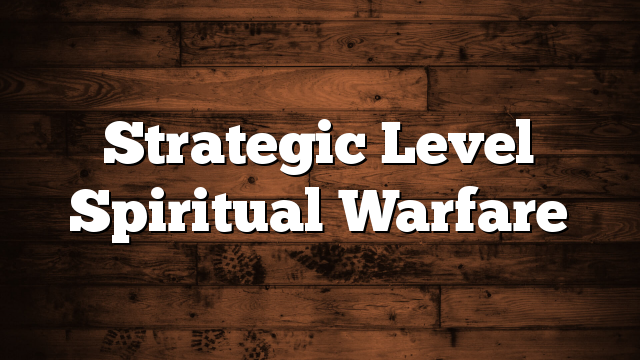 PAGES IN THIS ENTRY:

Some Christians believe they can determine which so-called Territorial Spirits are in charge of certain geographic areas.

This determination is made through an approach called Spiritual Mapping.

Once a map for a given area has been completed, it is used in so-called Strategic Level Spiritual Warfare (SLSW).

While the Bible teaches the reality of spiritual warfare, the teachings and practices of C. Peter Wagner and his supporters range from extra-Biblical to un-Biblical.