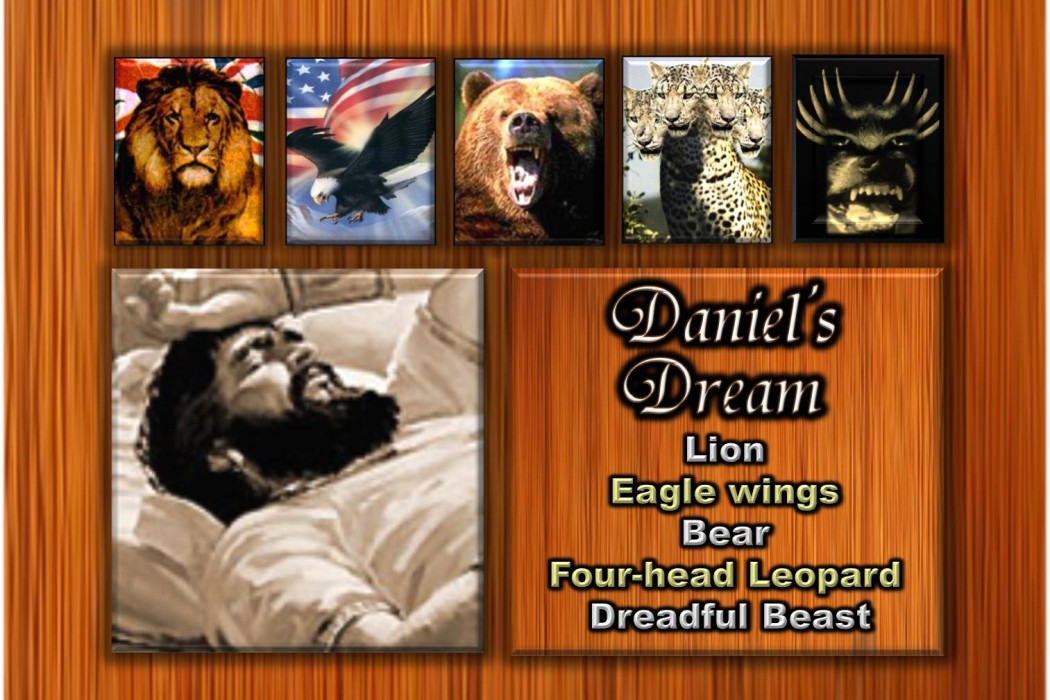 Freemasons & the illuminati – Secrets of the Final Beast Kingdom

Genesis 3:4,5
And the serpent said unto the woman, Ye shall not surely die: For God doth know that in the day ye eat thereof, then your eyes shall be opened, and ye shall be as gods, knowing good and evil.

The illuminati is a secret cult or sect, very similar to Freemasons though even more elitist and secluded. They ultimately worship the same god though, and that is Lucifer. Be careful not to confuse these with Satanists, they are two completely different religions, although both worship the Devil, it is the means of which they go about doing such that differentiates the two. Luciferians believe that this “light giver” is equal to Christ Jesus, and is the distributor of all knowledge, just as he did in the garden of Eden with Eve as the Serpent. Lucifer is considered the “good” god, the one who brought self knowledge and enlightenment to man. Jehovah or Jesus is considered to be the evil or wicked God who wished to keep man in darkness. Both are thought of to be equal in power and authority, sort of a yin and yang, the balance of light and dark forces, though the one to be worshiped is Lucifer.

While the illuminati are an offshoot of Freemasonry, there are differences.  In Freemasonry, any male can join if invited by another Freemason.  The illuminati are much more strict in their membership, dealing almost exclusively with the elite bloodlines of select families across the world.  Some may pretend to be part of the illuminati, and even be servants or guests of such groups, but to be an actual member you have to be part of the direct bloodlines or marry into them.  Here are the 13 Satanic bloodlines of the elite: Astor, Bundy, Collins, DuPont, Freeman, Kennedy, Li, Onassis, Reynolds, Rockefeller, Rothschild, Russell, and the Van Duyn families.  The Rothschild or “Red-Shield” family is particularly influential, even being significantly involved in the creation of the modern nation of Israel back in 1948.  Rothschild Boulevard in Tel Aviv is named after Edmond James de Rothschild because of his immense donations to the Zionist movement during its early years.

It is this massive sway of influence that has made these illuminati families so dangerous.  Never before has so few had so much power over the entire planet, literally building nations or destroying them financially.  They are literally the puppet masters of the world, giving no allegiance to borders or rule of law, they control with the power and influence of limitless amounts of money.

Both cults, Freemasons and the Illuminati, are rooted in the same Babylonian theology of worshiping oneself. They  believe that a person can become ‘enlightened’ enough through rites, rituals, sacrifices and study as to become a living god. It is through these steps, often called ‘degrees’ that one makes the journey towards the light. You will often hear a Freemason speaking of ‘always seeking the light’ or ‘always reaching for the light.’

“Lucifer, the Light-bearer! Strange and mysterious name to give to the Spirit of Darkness! Lucifer, the Son of the Morning! Is it he who bears the Light, and with its splendors intolerable, blinds feeble, sensual, or selfish souls? Doubt it not!” Albert Pike, Morals and Dogma of the Ancient and Accepted Scottish Rite of Freemasonry, p. 321, 19th Degree of Grand Pontiff.

A Freemason or illuminati member is required to believe in one of the major religions, Judaism, Christianity, Muslim or Hindu so that they will be forced to turn against their own god and worship Lucifer. They view Jesus as being no better than Moses, Elijah, Mohammed, or Buddha and profess such teachings openly.  It is a universal religion, accepting saviors from all religions of the world, in stark contrast of the word of God.  Ultimately, this quest for the light is only a road to damnation, leading men towards a false hope and away from the Godhood of Jesus Christ.

2 Corinthians 11: 13,14
For such [are] false apostles, deceitful workers, transforming themselves into apostles of Christ. And no wonder! For Satan himself transforms himself into an angel of light.

The All Seeing Eye

Osiris, the Egyptian God of the Dead, is symbolized by the singular, all-seeing eye. It is this symbol that is used in both writings, carvings, and hand gestures to reflect allegiance to this god. It is another lie the Devil uses to give the illusion of power to those foolish enough to follow such things. The Devil is not omnipresent, meaning he can’t be in two places at once. So he uses this symbol to gain more of a presence in the minds of those that use it, growing his sphere of influence over the world. It is often used in conjunction with a pyramid and usually placed at the top or capstone.

The Secret Name of God (or so they say)

Freemasons as well as the sub-group of the illuminati worship the same god of Lucifer, though he is called many names in order to bring confusion to the initiate. Only those of the higher degrees may know who they truly serve.
Manly P. Hall, Author of ‘Lost Keys of Freemasonry’ is quoted as saying,

“The seething energies of LUCIFER are in his hands and before he may step onward and upward, he must prove his ability to properly apply (this) energy.”
“To you, Sovereign Grand Inspectors General, we say this, that you may repeat it to the Brethren of the 32nd, 31st, and 30tho – The Masonic Religion should be, by all of us initiates of the high degrees, maintained in the purity of the Luciferian Doctrine.”

They also call him by another name, abbreviated with the letters J.B.O. because of the belief of the sanctity of the name. They even forbid a single Mason to speak the name by himself, he must give only a portion of the name along with two other members, and together the name is spoken. That name is Jahbulon, a blasphemous word combining syllables of (Jah)ova God with the demons of (Bul) Baal, and (On) another name for the Egyptian god Osiris. During the ceremonies of the ritual for the Royal Arch degree, the candidate is asked: “Brother Inspector, what are you?” and he replies: “I AM THAT I AM.” In essence, elevating himself to being equal to God the Father.

There is a secret language, spoken with symbols through media as well as even buildings and architecture, that the Freemasons and illuminati use. You probably have one in your wallet right now, a one dollar bill. On the back you will see a pyramid with a capstone and all-seeing eye. It is the eye of Osiris, called the ‘eye of providence’ and they believe that wherever this eye is present, knowledge of what is seen is given back to god. They believe we may fool others, but this eye sees who we really are, through the deception. It is often seen within a capstone of a pyramid, representing the completed journey of obtaining godhood. A hand symbol of hiding one eye is used to represent this by followers of this cult.

Another symbol is what is commonly thought of as the “A-ok” symbol, made by pinching the thumb to the forefinger and spreading the remaining three fingers. This is not a symbol declaring the person’s well-being, however. This is a cryptic sign of rebellion, because the shape the fingers are actually making is 666.

A tumblr slideshow has been created here for examples of these symbols seen in various media.

Freemasons will wear a white apron during service in the lodge to remind them of their purity obtained through their life and conduct that guaruntees their access into heaven.  No mason can be buried or have a masonic memorial service without wearing his white apron, nor can they attend even their own lodge.  Again, this is in stark contrast to what the Bible states in Ephesians 2:8,9

For by grace are ye saved through faith; and that not of yourselves: [it is] the gift of God: Not of works, lest any man should boast.

Baphomet – As above, so below

Baphomet is another name for the devil they serve.  He is depicted as having the head of a male goat, female breasts, wings like an angel, and pointing up and down with either hand with the illuminated flame of knowledge above his head.  This again points to the union between light and darkness that they believe god contains.  He is their version of the Holy Spirit.  The Greek word where Baphomet is derived is “baphe metous” meaning “Baptism of Wisdom.”  Once again you see this counterfeit picture of true saving grace, where believing in this higher level of knowledge and enlightenment brings them immortality. Some of these rites and rituals have even been recorded.  On July 15, 2000, Alex Jones infiltrated Bohemian Grove, an elitist compound in California where every year for the past 120 years they have made a ritual sacrifice to a 40 foot stone owl called the “Cremation of Care Ceremony.”  This can be seen here:

Freemasonry also performs rituals inside every lodge in the country.   They are for initiating the “vulgar” into the “brotherhood” and are sworn to secrecy over these rites.  You’ve often seen the Square and Compass in literature and possibly noticed the eye within the triangle even built in the entrance of the lodge itself.  What goes on inside is secret, though in a documentary entitled “Masonry- Behind Closed Doors,”  you can view some of those rituals here:

So why is knowing about this garbage useful to a Christian?  Well for one, you should know what you are up against in the media.  Through the use of symbolism used by singers, actors, politicians, and other world leaders, you are being indoctrinated into their evil world without even realizing it.  These are people your children idolize, unfortunately, and they are walking right into a door where the Devil himself lives.

Secondly, you may have men in your family or know of men that are in the Freemasons, thinking that it’s just a group of guys getting together to laugh and shoot pool and ride the electric goat every now and then.  That’s how these groups grab people, they are seductive.  It is just fun and games in the lower degrees, but the higher up you go, the deeper you fall into their trap of evil.  People’s very souls are at stake and God doesn’t take it lightly and neither should you.

Lastly, we are told of a final beast kingdom that the Antichrist uses in the tribulation during the last days, an unholy whore kingdom, driven by the spirit of Satan himself.  It is my opinion as well as countless other researchers that this New World Order which the illuminati are in control of is that very kingdom.  They will usher in their “order out of chaos” after they collapse the financial structure of the planet and institute their Mark of the Beast plan of control.

God does give you a way out.  Through his son, the Lord Jesus Christ, he is able to save you from even this.  No sin is too great, the cross was sufficient.

1 Thessalonians 5:21-23
Prove all things; hold fast that which is good. Abstain from all appearance of evil.  And the very God of peace sanctify you wholly; and [I pray God] your whole spirit and soul and body be preserved blameless unto the coming of our Lord Jesus Christ.

FacebookTwitterSubscribe
Subscribe to receive all news to your email or phone: [wysija_form id="1"]
beastfinalkingdomsecrets

John Hagee: WHO is a JEW?