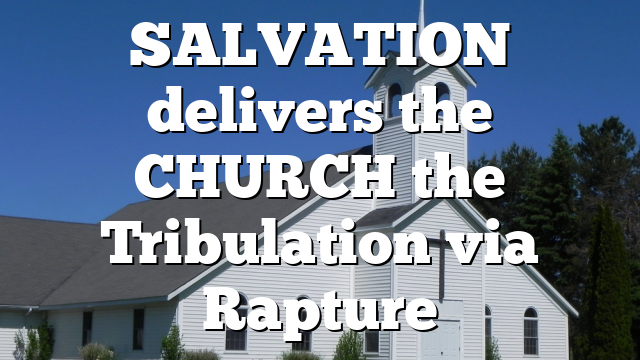 Verse 12 does not mean that everyone alive at the time of the Rapture who are unbelievers will be duped. Evidently when the Rapture occurs the Man of Sin will emerge and will give some explanation for the disappearance of the believers. With this lie will surely come his claim to be God and to offer deliverance for all who follow him. Many will be deluded by his message.

It is not known what the strong delusion will be. But it is known that only unbelievers who did not believe the truth but had pleasure in unrighteousness will be deceived. This does not mean that all of the unsaved when the Rapture occurs will be eternally condemned. Rev 7:4-17 states that there will be 144,000 Jewish evangelists and that they will lead Jews and Gentiles all over the earth to faith in Christ during the Tribulation.

Those who had pleasure in unrighteousness are people who heard and yet rejected the gospel in this age. Those in tribes and people groups who have not heard the gospel will not be subject to this delusion. Likely even some in countries like the United States, where the gospel is accessible to all, will not have heard the clear gospel, or have not heard it enough, and so some of them will come to faith in Christ in the Tribulation.

Surely, however, a large percentage of people in Christian lands will be deluded when the Rapture occurs and will be hardened in unbelief. Most of the converts of the 144,000 will no doubt be in third-world countries and unreached areas of the world (Matt 24:14).

Unbelievers should not be complacent in their unbelief. They should cry out to God to show them the truth. Their fear of the Tribulation should motivate them to ask God to reveal the truth of the gospel to them.

A Fallen Civilization :: By Daymond Duck

The post A Fallen Civilization :: By Daymond Duck appeared first on Rapture Ready.