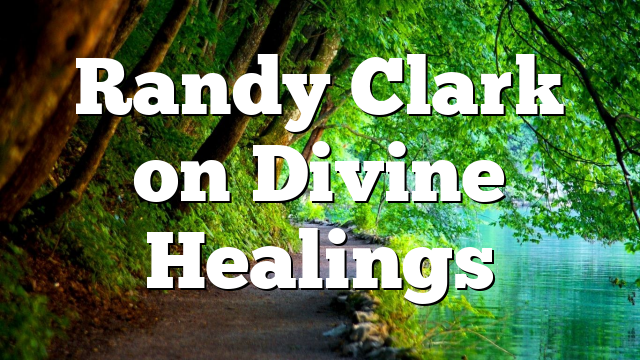 While attending the Society For Pentecostal Studies meeting in Cleveland, Tennessee in early 2018, I had a troubling conversation about the viability of divine healing. A young academic told me he accepted the possibility of marvelous works but insisted that the occurrences were rare. He reiterated, “I have never witnessed a miraculous work nor am I acquainted with anyone who has.” He suggested that recent healing claims were mostly outlandish.

His statements dumbfounded me. This man carried Pentecostal credentials but sounded like a skeptic from a European university. Though rooted in the Spirit-filled tradition, he was suspicious of any display of the supernatural.

As incredulity flowed from his mouth, it reminded me of the assertions of David Hume. Centuries ago, this philosopher argued that miracles are chiefly observed among the pagans. “If a civilized people has ever given admission to any of them that people will be found to have received them from ignorant and barbarous ancestors.”[1]

We are in a crisis when Pentecostals are more like David Hume than William Seymour.

Sadly, Hume’s form of cynicism is growing throughout the ranks of Pentecostalism. Margaret Poloma heard an Assemblies of God graduate student say, “I have never seen one case of such healing in my church. Healing is professed, but I have seen little evidence of its being practiced or experienced.”[2] More disturbingly, Keith Warrington points out a “developing perception within classical Pentecostalism” is “that sickness may be of benefit to the sufferer.”[3]

Many are questioning what used to be widely accepted. Whether Spirit-filled or not,[4] miracles have “aroused unease of intellectual conflict for Christians formed by the enlightenment of the West.”[5]

Healing testimonies spark exploration and discovery. Astounding stories encourage people to press into the mystery and wonder of God.

I wonder if the uneasiness would diminish if credible miracle accounts were widely distributed. If theologians and philosophers had access to reliable testimonies, it would be a catalyst for greater acceptance. If additional works the same caliber as Testing Prayer by Candy Gunther Brown[6] and Miracles by Craig Keener[7] were produced, it could alter public discourse.

Fortunately, publications are being released that document healing and miraculous encounters. Most of these works were not written with the scholarly community in mind, but they offer a credible analysis of the extraordinary works of God.

GOD’S GOAL WILL BE FULFILLED AMONG THE CHURCHES

“Are we as churches so caught up in the process that we are ignoring God’s goal?” This was what I posted last month to…