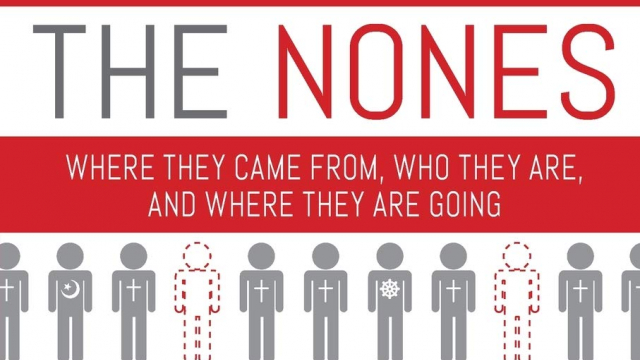 This is an important article for pastors and especially for those involved in evangelization in America. The article is a distillation of Ryan Burge’s just published book, The Nones: Who They Are and Where They Are Going (Minneapolis: Fortress Press, 2021). Both the article and book are the distillation of the Pastor Burge’s research and decades-long experience as a minister. In many ways, it was a disconcerting experience for him. He saw his congregation, as well as other Evangelical congregations, steadily decline in numbers. At the same time, the numbers of American who are religiously unaffiliated steadily increases.

Those who have no religious affiliations are now labeled as “Nones.” That is, when questioned as to which denomination they belong to thy respond by “None.” This category has existed for a long time, called Deists in colonial America. They may have been a majority of the American public in the years after independence and before the Second Great Awakening (1798-1730). I encountered many Nones while doing evangelization in a Hippy/New Age neighborhood of Atlanta 30 years ago, but they were not yet given that nomenclature. 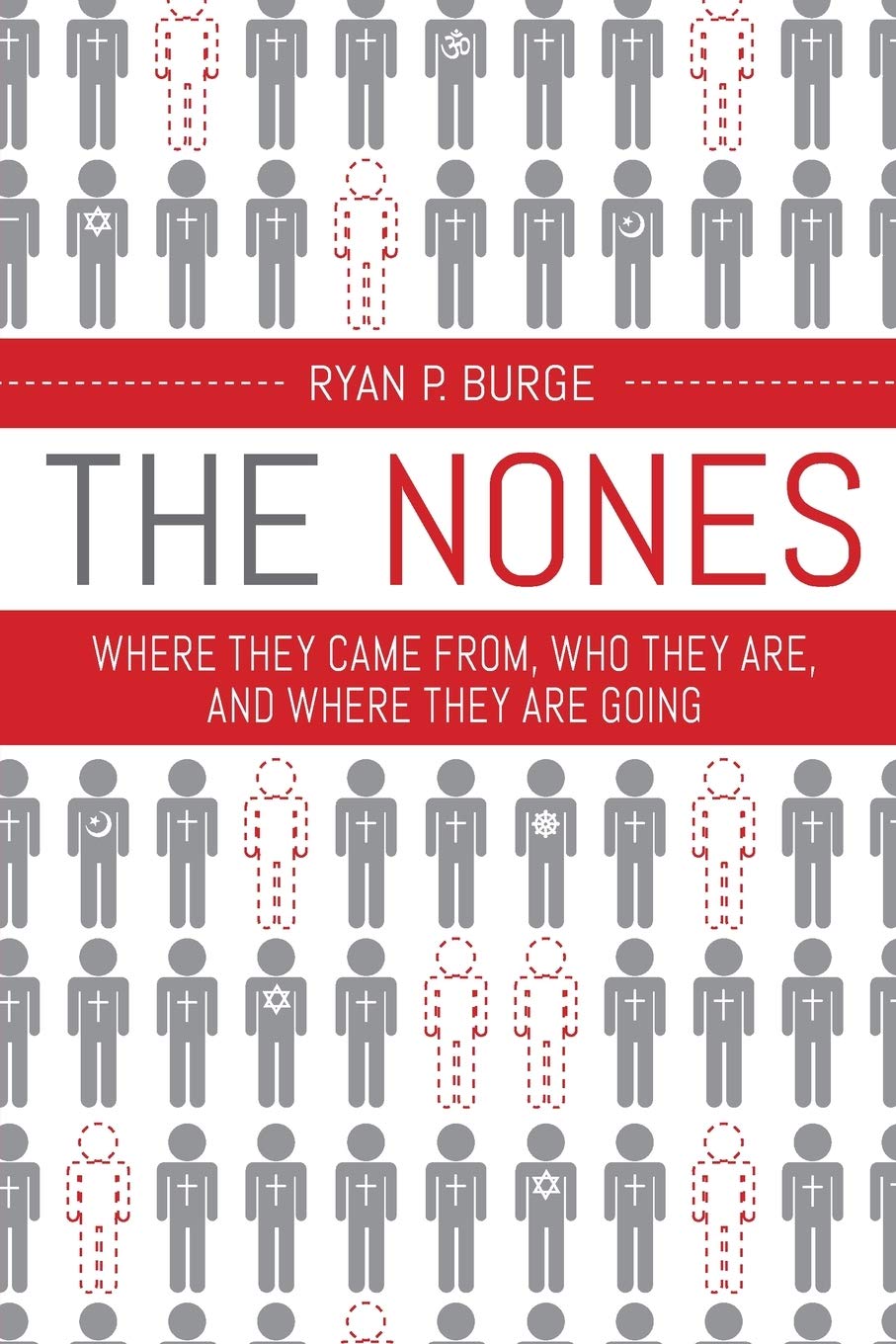 Ryan P. Burge, The Nones: Who They Are and Where They Are Going (Minneapolis: Fortress Press, 2021).

The problem now, as Burge aptly points out, is that the percentage of Nones in the American population had increased dramatically in recent decades. In 1968, 5% of the population were Nones, but now they are over 25% and growing. At the same time, the percentage of Christians who are faithful church attenders is slowly declining. (As I pointed out in an earlier article, this is not as bad as it seems, as those who remain faithful as increasingly devote and more intensely and effectively prayerful.[1]) Burge also shows that the percentage of nominal Christians will practically disappear in coming decades.

Burge has learned the discipline of sociological investigation and with these skills and has identified three varieties of Nones: Those who do not believe in God at all, those who do not participate in any church (but may believe in God), and those who do not behave at all in any Christian manner (but again may believe in God). Interestingly, the hard-core atheists, who are non-attender and non-Christian behavior persons, are only 6% of the population. But as the author points out these are immensely influential in the media and industry and dedicate much of their energies in evangelizing their atheistic persuasion and life-styles. All of this makes for depressing reading. But Burge sees a silver lining in these dreadful statics. About 40% of the Nones still believe in God to some degree, and here is an evangelical opening. To quote him:

Thus, at least some come back. I suspect much of that return is fueled by couples wishing their children to be raised in church and a decent Sunday School after they have tasted the sin-driven agnostic’s lifestyle. Sadly, as a non-Pentecostal/charismatic Christian Burge has only the standard Evangelical solutions to offer in order to bring back to church more of the Nones. These include things like listening to others well, outreach for the poor, etc. The last chapter of his book, The Nones, entitled “What we can change and what we cannot,” expresses his mix of hope and befuddlement at reversing the continues growth of the Nones.

But as Pentecostals and charismatics we can hold to a much greater hope. John Wimber, founder of the Vineyard denomination, showed the way forty years ago with his seminal books, Power Evangelism and Power Healing.[2] Specifically, Wimber encouraged evangelization the New Testament way, by demonstrating the power of God in healing prayer and effective prayer in the marketplace, office, or wherever a suitable situation presents itself.

On a practical level this is especially effective by manning a public prayer station right in the middle of a neighborhood where Nones are numerous, as in the places around a university. The public prayer station can simply be a sidewalk sign saying something like “Prayer Station” or “Free Prayer” and a place staffed by persons who know how to minister healing and deliverance prayer and prayers for other intentions. Many Pentecostal and charismatic churches already have trained prayer intercessors who normally minister in church – they can be put outdoors as “None catchers.” The Nones with health issues or other problems will give prayer a shot, and after, the ministers can invite the person to church, or suggest the person give their lives to Christ. On the details of this ministry see my article and book on this ministry.[3]