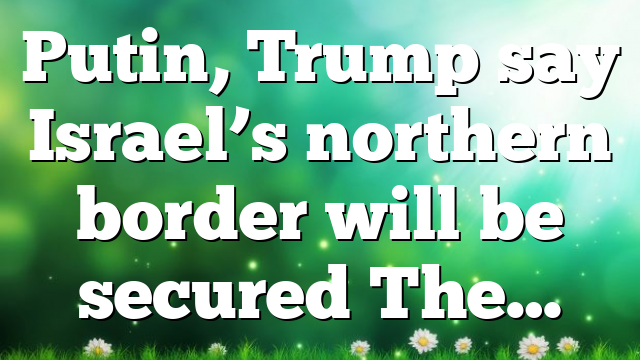 Putin, Trump say Israel’s northern border will be secured
The United States and Russia will work together to ensure Israel’s security, US President Donald Trump said on Monday after his meeting with Russian President Vladimir Putin. Speaking during a joint press conference after a one-on-one meeting with Putin behind closed doors in Helsinki in a long-awaited summit, President Trump said Prime Minister Benjamin Netanyahu had been consulted on the matter.
“RAPTURE READY”