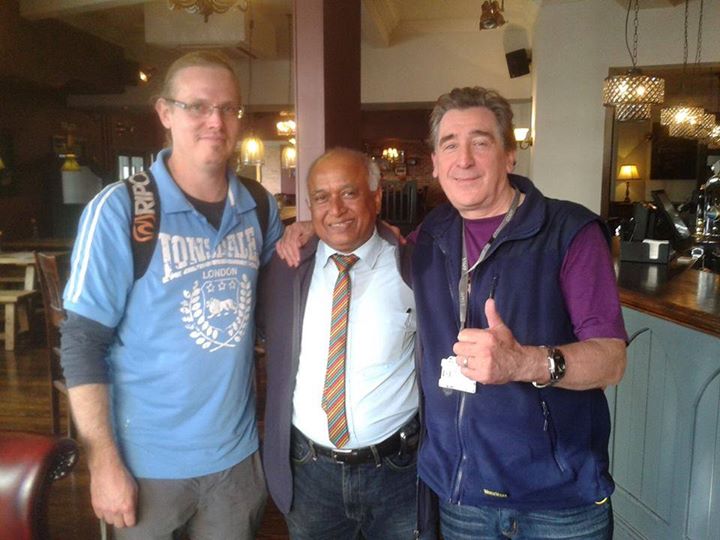 There must be funny water being piped into millions of homes in Britain. Not satisfied with a Referendum win for leaving Europe, we have voters wanting a NEW referendum. Why? Some of those who voted to ‘Leave’ want to change their vote to ‘Remain’. Why? Because they never thought the ‘Leave’ camp would win.

But it gets worse. As of this writing, 2,853,313 people have signed a petition to call for a second referendum. Why? They can’t take the bitter pill of a democratically-determined outcome. Because the petition has garnered over 1 million signatures, the British Government has to at least consider it – and hopefully dismiss it out of court.

But the ‘funny water’ seems to be in high concentration in the City of London and Westminster constituency. Not many people actually live in that area – most commute to work. However, more people have signed this petition in this area than in any other constituency in Britain. 37,249 people, to be exact.

How do I know? Not by reading the press, checking social media or watching TV. I did my own research this morning on the petition websites where you can use tools to crunch the numbers. I also discovered that it is quite possible for people who were NOT eligible to vote in the Referendum at all to lodge their protest on the petition website.

Meanwhile, the Labour leadership is in turmoil. I could knock their heads together. While I do not agree with all of Jeremy Corbyn’s policies, I do respect him as a man of integrity. That’s because he is not a political grease monkey. And that honesty may just have cost him his place as the shadow prime minister. The problem is not Jeremy, it’s the Labour Party. By siding with the Conservatives in backing the ‘Remain’ campaign, they disaffected millions of Labour voters who wanted ‘Out’ of Europe. It should have been a free vote without any recriminations from the party. Jeremy does not do spin. So when, before the Referendum, he was asked how good the European Union is, he replied that he would give it “seven and a half out of ten.” He was supposed to have lied and given a 10/10 score, and a result, his leadership is being called “lukewarm.” No – I call it honest.

As a Christian, I am coming to the realisation that I cannot back any one political party without reservation. That does not mean I won’t continue to engage in the political process. But I have to think and support and vote based on how I (imperfectly) see God’s Kingdom values. That requires filtering everything through both the message of Jesus in the Gospels, AND in the light of the hazy insights we have about eschatology, being of course the Biblical study of the end times.

In my view, one reason why we have such diverse opinions among Christians (did I hear a transatlantic voice calling out Trump versus Clinton?) is that many Christians are so confused by eschatology that they prefer to leave it out of their thinking altogether. Yet the historic creeds, which form the Biblical bedrock for our faith, insist that Jesus “will come again in glory.” We need to be ready and vigilant for the Master’s return.

We need to hold the flag of God’s Kingdom high. It is a flag of mercy, reconciliation, forgiveness, and of the hope of the better world to come. It is, above all, the flag of salvation and hope for every person who will come to Jesus in repentance and faith. No one who comes to Jesus will be turned away, and we can only come as we are. Christianity, then. is not a religion of judgement. It is a faith that at its very root heart means healing.

And healing is exactly what Britain needs today. It’s not the economy, important as it is. It’s not about migration or home ownership or about benefits or workers’ rights or recognition of alternative lifestyles and sexualities. It’s about the inner healing of the heart. It’s about allowing God to change us from the inside out, to be responsiveness to Him. God’s love alone can genuinely draw us out of our toxic, reactive shells that blame everyone and everything – other than ourselves.

I firmly belief that this period of instability and change in the United Kingdom can be a catalyst to see a genuine turning to God. But it is up to the Church to compassionately and thoughtfully and prayerfully rise to the challenge, modeling the love of Jesus to everyone – loving our neighbour as ourselves .. even loving our enemies!

We don’t need a theological degree to do that, we don’t need to be a preacher or pastor or priest to do that. We just need to be real. We need to come out of our Sunday cocoons and breathe and live with the people around us, listening to them, praying for them and with them, while at the same time remaining faithful and resolute in our own Christian commitment as followers – disciples – of Jesus Christ.

It doesn’t take a political movement, and it doesn’t need an on-line petition and it certainly doesn’t need a church synod. It needs a renewal of our hearts to God, inspired by the precious Holy Spirit that Jesus sends in His name.

And it also means we need to steer clear of drinking at the fountain of funny water that seems to have recently permeated our nation.

IF you are PRE-Trib in belief and you are not…