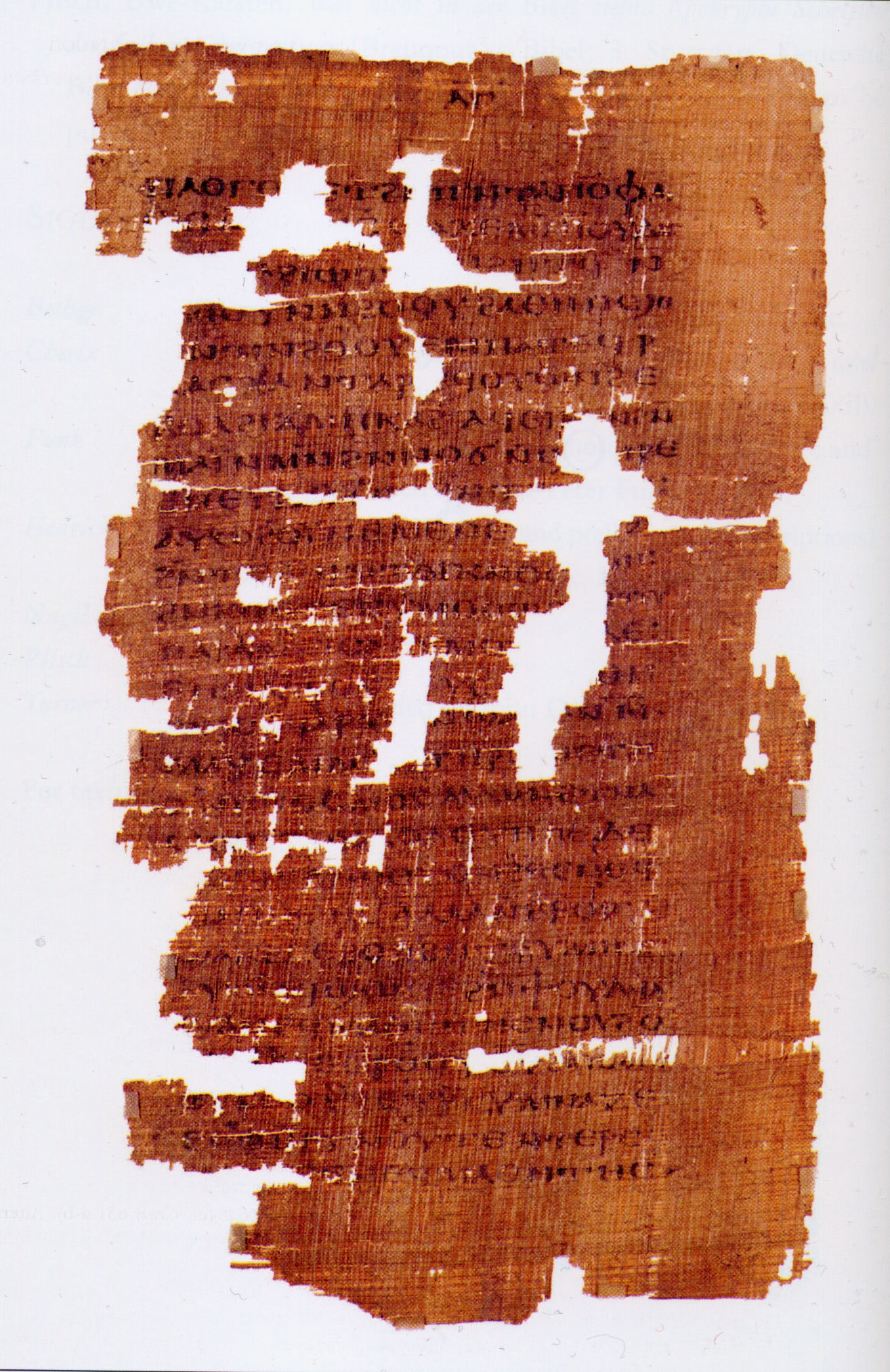 When you read the gospels, do you takes the accounts and make one giant narrative where everything is true or do you assume that different writers saw things from different perspectives or perhaps misremembered events or relied on the accounts of others if they werent there?

Corey Forsyth [01/20/2016 8:10 PM]
I have always read it as different perspectives from different authors. If 4 people view the same events or follow the same story, they would tend to remember or perceive different aspects of those events.
On the other hand, I have been challenged by a friend who has done almost a complete 180 away from Christianity because he claims to have discovered the gospel of Luke was written long after Jesus’ time.
Just for the sake of clarity, I am giving my opinion. I have not researched these timelines so I do not know how factual the claims are.

Steve Webb [01/20/2016 8:25 PM]
I think each was written through a particular lens. Each an ancient biography, but perhaps to/for a particular group. As for truth of each…yes, I believe each is true. But each through its own lens with awareness of other accounts (except possibly Mark, though he was certainly aware of other oral accounts).
Of course this is all personal opinion.

John Kissinger [01/21/2016 6:24 AM]
Corey Forsyth The 4th Gospel naturally tells the story its own way, while the Synoptics try to stay together. Ricky Grimsley for questions of this sort DAKE and others give good explanations. If you dont like you have to accept at least some text criticism like Glynn Brown have pointed out before

Ricky Grimsley [01/21/2016 9:29 AM]
I have answered all my questions personally and i agree with dake. I presented this question because i feel that it makes a difference in eschatology among other places. Take for instance matthew 24, luke 21, and mark 13. Are they the same event and conversation. I say no. Mark and matthew happen outside the temple and luke happens in the temple and notice the difference between
Luke 21:12 KJVS
[12] But BEFORE all these, they shall lay their hands on you, and persecute you , delivering you up to the synagogues, and into prisons, being brought before kings and rulers for my name’s sake.
And
Matthew 24:8 KJVS
[8] All these are the beginning of sorrows.
Personally i feel that luke 21 includes the fall of jerusalem in 70 ad while matthew and mark do not.

Alan N Carla Smith [01/21/2016 9:36 AM]
I assume NOTHING and ask GOD to open give me Godly wisdom, knowledge and understanding that what is written in the Gospels can be displayed in me and through me.

John Kissinger [01/21/2016 9:42 AM]
Yes, we discussed the role of the Holy Spirit in Biblical hermeneutics with David M. Hinsen back in the day http://www.pentecostaltheology.com/the-role-of-the-holy-spirit-in-hermeneutics/

There was also a further discussion on PENTECOSTAL HERMENEUTICS AND PERSONAL EXPERIENCES http://www.pentecostaltheology.com/pentecostal-hermeneutics-and-personal-experiences/

John Kissinger [01/21/2016 9:44 AM]
Additionally we’ve looked at ROGER STRONSTAD’S work on TRENDS IN PENTECOSTAL #HERMENEUTICS
HTTP://WWW.PENTECOSTALTHEOLOGY.COM/ROGER-STRONSTAD-ON-TRENDS-IN-PENTECOSTAL-HERMENEUTICS/
However if you are going to harmonize the Gospel accounts, you cannot ignore textual criticism and Glynn Brown has made a strong case for that

Ricky Grimsley [01/21/2016 10:27 AM]
Compare. Luke 23:39-40 KJVS
[39] And one of the malefactors which were hanged railed on him, saying, If thou be Christ, save thyself and us. [40] But the other answering rebuked him, saying, Dost not thou fear God, seeing thou art in the same condemnation?
Matthew 27:43-44 KJVS
[43] He trusted in God; let him deliver him now, if he will have him: for he said, I am the Son of God. [44] The thieves also, which were crucified with him, cast the same in his teeth.
So was it just two thieves and both railed on him and later ine changes his mind or was it more than two thieves or was it just different accounts with different details that really dont matter as long as we get the basic message?

John Kissinger [01/21/2016 10:29 AM]
Ricky Grimsley if you have a specific passage it will be best to place it another topic like you did with the Lords Day. I have to agree with Stan Wayne that that’s the only way to look at the passage(s) in a complete way in order to do proper #HERMENEUTICS

John Kissinger [01/21/2016 10:53 AM]
Easily resolvable with TextCom. Here’s Metzger: “6.44 [???? ??????] {C} External evidence is evenly divided between the witnesses that include the words ???? ?????? and those that omit them. Moreover, several witnesses (such as D W syr) that frequently have the longer reading, here have the shorter reading. From the point of view of transcriptional probabilities, it is more likely that copyists were tempted to delete than to add ???? ??????, for the presence of these words raises awkward questions why “loaves” should be singled out with no mention of the fish (the Old Latin ms. c reads both). In view of these conflicting considerations the Committee thought it best to retain the words but to enclose them within square brackets.” Again, a separate topic per each passage would help, but oh well…

Stan Wayne [01/21/2016 11:24 AM]
Ricky – I agree they are different – this is discussed in a lot of places – my take on it like all synoptic parallel accounts of that the writer is not writing word for word quotations but is summarizing in two pages here what was one hundred pages of discourse.

After all they had a LOT of time to spend with Jesus.

Jim Price [01/21/2016 12:51 PM]
John 21: 25 comes to mind; “And there are also many other things which Jesus did, and which, if they should be written every one, I suppose that even the world itself could not contain the books that should be written. Amen.” Here we see an important statement ending with hyperbole. Since Jesus had a very short ministry, all his deeds and words could have been contained in the Lee University Library, so here the writer was making an exaggerated statement and never meant to be taken literally. That’s why we need the Holy Spirit to teach us in all things and to give us discernment to rightly divide the word of truth.

John Kissinger [01/21/2016 1:17 PM]
Good point Jim Price That’s why I asked initially if we are talking about the synoptic only or all 4 Gospels. This is indeed John’s purpose. Opposite to what Stan Wayne said, Luke has quite a different approach since he was not among the apostles and had only heard the stories. Therefore, he resources to testimonies and narratives called by the NIV consecutive “(former) book(s)” in Acts 1:1. Per Luke 21:12 as referring to the Jews, Luke is trying to align his Gospel narrative with what he will be telling us in Acts about persecutions in those first days of the Early Church. Gill’s Exposition commentary event points out how the mentioned by Luke prior persecutions refer specifically to Acts 4:1, 8:1, 4:6 and 4:3 http://biblehub.com/luke/21-12.htm A case post-Trib will be difficult if not impossible to argue from Luke 21:12 alone…

Ricky Grimsley [01/21/2016 1:31 PM]
What difference does it make about writing styles or whether eye witnesses or not…..is it inspired and true or is it mostly true? Moses didnt witness Genesis but we take his “word” for it right?

Ricky Grimsley [01/21/2016 3:35 PM]
I have made my peace with what i believe. This conversation was for about insight into how to deal with those who disagree. I feel there are many differences in beliefs that stem from this difference in viewpoint.

John Kissinger [01/21/2016 3:58 PM]
And what about when Mark quotes Jesus naming Abiathar a high priest, when it should have been Ahimelech? Even text criticism cannot help you there 🙂 Did Jesus now know his OT? https://bible.org/article/mark-226-and-problem-abiathar