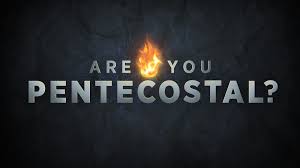 What do Pentecostal Christians believe?

A dove is a symbol of the Holy Spirit in Christianity
As with other followers of the Christian faith, beliefs and theology are important to Pentecostals. hold to the core doctrines of the Trinity, the deity of Jesus Christ, and the belief that the Bible is the Word of God. Also like other Christians, they believe the Holy Spirit is the divine, third person of the Trinity, coequal to the Father and Son, who the ascended Jesus sent on the day of Pentecost as recorded in Acts 2.

But unlike some Christians, Pentecostals are united by the belief that after the Holy Spirit applies Christ’s salvation to the sinner, there is another experience available to the believer where the Holy Spirit fills them, which many believe is evidence by speaking in tongues. Most Pentecostals believe this experience should be the norm for all Christians, whatever their denomination.

“Tongues” in the English translation of the New Testament Greek word “charisma,” which is one of nine gifts of the Spirit described in 1 Corinthians 12:4-11 in the New Testament. Some believe “tongues,” is speaking known languages, but which are unfamiliar to the speaker; others believe “tongues” is speaking in languages unknown to anyone. Still others believe both are possibilities.

In a move heralding the coming oppression to Christians everywhere, a bank in Northern Ireland has closed the account of a Christian ministry for…