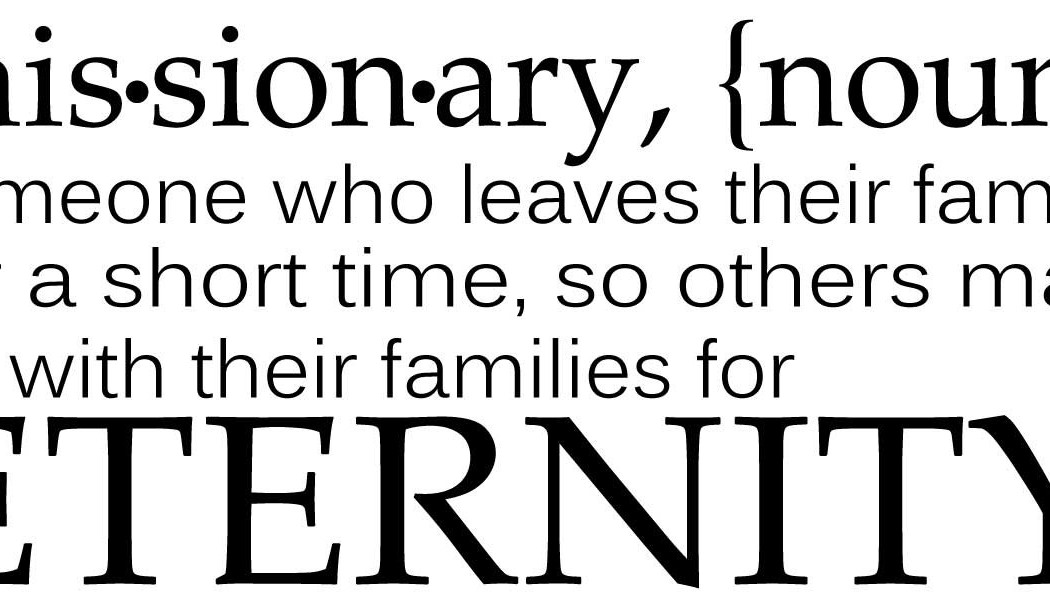 Keith Green, the late prophetic psalmist, had it right when he asked, “The question is not if you are called to go. The question is are you called to stay?” The truth is many have no desire to embrace the gospel in a different cultural context than what they grew up in.

William Lance Huget [01/18/2016 12:32 AM]
Indigenous missions vs colonial are far more effective/cost effective. We can do both, but sending, supporting, etc. is also missions. We all must disciple and evangelize in our own contexts/cultures as well.

William Lance Huget [01/18/2016 12:43 AM]
Indigenous missions are vastly more effective than colonial missions. It costs a fortune to send a North American overseas to be pampered, learn the language, learn the culture, etc. As well, many countries are now closed to foreign missionaries. There are workers already laying down their lives who have started countless growing churches and are helped with our support (vs some North Americans who toil for decades with great expense and little fruit).

GFA has had recent issues after years of solid track record. I am hugely grieved by this and they are now working through accountability and change. As if there have not been corruption and waste in North American missionaries/boards. I mention GFA as a strategy (there are others) that simply are the only way much of the world will be reached.

Peter A Vandever [01/18/2016 12:45 AM]
Completely untrue. Indigenous is marked with heresies and all types of unbiblical messes. I have seen it happen first hand. We have one missionary in Davao claiming to be Elijah now.

Peter A Vandever [01/18/2016 12:46 AM]
Laying down their lives? Funny. They are supported by western money and think they should have air conditioning. It is a joke. I see it daily.

William Lance Huget [01/18/2016 12:48 AM]
Your anecdote does not change facts. This is like saying Jim Jones went rogue so all North American church leaders are corrupt, evil, false, etc. Indigenous missions, like any organization, need credibility, accountability, etc. Your Elijah guy would get the boot if he was part of a credible group. It can also happen in North America. So?

You are making judgments based on your limited experience. North Americans are the ones who want to be in compounds, etc. I am talking about India. For every dependent or corrupt one, there are many more that do not fit your air conditioned dude.

Philippines, Mexico, India, Africa, etc. is known for their corruption (so is North America) from the top down. The church is not immune, even in Paul’s day.

I have followed Bonnke for decades. I did not say cross-cultural missionaries are ineffective always. I said it is both/and vs either/or. You are the one trashing indigenous missions or arrogantly thinking white guys have more integrity or effectiveness.

William Lance Huget [01/18/2016 2:18 AM]
Skim…it is not the Bible, so not infallible. A heart for discipleship, missions, evangelism cannot be faulted.

FacebookTwitterSubscribe
Subscribe to receive all news to your email or phone: [wysija_form id="1"]
greenkeithlatepropheticpsalmist

Prayer warriors please help us pray for the tent revival starting May 4th in Murphy @7 PM. Please pray as the tent is up…