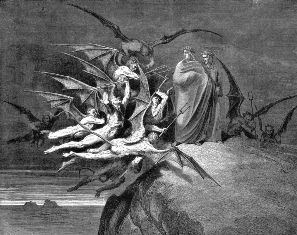 No – this is not called s Strategic Level Spiritual Warfare and NO it was not discovered first by NAR…  it’s been around for a very long time Early church fathers prayed for demons to be removed from their territories of occupation Displacement MUST precede CONTROL..TOTAL CONTROL. AUTHORITY of the BELIEVER much earlier than 1989; at the same time the Welsh revival also asserts certain similar prayer methods Guess the question is do we discard it as unBiblical or do we keep on looking into it more
Demons know human beings, human.beings dont know demons and I just wonder how can an army fight an enemy they have no knowledge of..utterly impossible.

JOHN A. MACMILLAN: THE AUTHORITY OF THE BELIEVER (PDf)
http://www.pentecostaltheology.com/wp-content/uploads/2017/01/The_Authority_of_the_Believer_John_MacMillan.pdf

Nor can any believer escape this conflict, so
long as he resolutely presses forward in the
pursuit of true holiness and effective ministry. It
is part of the training of the Lord’s overcoming
people. In the Kingdom Age, Christ has
planned that they shall reign with Him from the
heavenly places over the earth. It is
consequently not strange that the principalities
and powers, who are to be dispossessed of the
seats of authority now occupied by
themselves, should savagely resist their own
displacement. These spiritual enemies oppose
every forward step of the overcomer; they will
seek to confuse his mind, sometimes drawing
him into error, or into extravagance in doctrine.
They may even attack him in body, or in
circumstances, or through his family or his
friends. This has been their method in every age, as
illustrated in the march of the hosts of Israel
towards the Promised Land. Among the
children of Israel the powers of darkness subtly
introduced “many foolish and hurtful lusts”;
they sought to seduce them by the incoming of
idolatry and fornication from the nations
around; they incited them to murmuring and
distrust of the providence of Jehovah; or they
openly and fiercely attacked them, as through
the Amalekites. In the same manner today, by
both inward and outward means, “the wiles of
the devil” are directed to the rendering fruitless
of the life and service of the individual Christian
and of the aggressive church.
Many an earnest pastor weeps before the Lord
because of coldness or disunion in his
congregation. The successful evangelist is
disturbed by some deadening influence
creeping into the atmosphere of his meetings,
by which his liberty of spirit is hampered, and
by which souls are hindered from coming to
the Savior. In many cases prayer does not
seem to touch the difficulty, even when long
continued. Nay, even prayer itself seems to be
lifeless, and God afar off. At times the enemy
strikes back swiftly when some special effort is
aimed against him. Workers break down,
sickness weakens the frame, spiritual purpose
slackens, and discouragement throws a pall

Do you ever feel as if something is watching you?You are probably right. Each time you make movements in the earth which threatens enemy camps, a demon gate watcher is assigned to you to make sure you do not finish your course. What do you do? Educate yourself about your enemy. Find out which demon gate watcher has been assigned, identify his tactic, expose him, and then displace him. Journey along with me as I show you what Holy Spirit taught me as it pertains to the ‘peeping toms’ in the spirit realm. You are bound to have an ‘eye opening’ experience that will leave you more vigilant and sober than ever before. Get ready to stop the enemy in his tracks and regain control of your life. God is about to show you something through the prophetic revelation of Displacing Demonic Gate Watchers

Seen it first time many times – the opening is there and it is almost like they are their to fill it once the old example has been displaced Never mind some dont believe it – missionaries has seen it FIRST HAND and until the demon is displaced, the house is cleaned and the spot is filled and occupied with sanctified believers they keep on coming – come to think about it what I just described is what Jesus was teaching about 7 more coming back and it turns to be worse I consulted a church on growth one time where the pastor said to me – brother its a jezebel thing – he said we have 6 they sit in a pentagon during service and one in the center directly across from the pulpit

HOW EASY it is for the church to believe and accept jezebels – i feel its important
seems you overlooked the details knowing of the spirits goes with wisdom some call it departure other displacement – As in other deliverances, This display that accompanies
the departure of the demon spirits can vary widely. In
my own experience, as soon as I would address the
demon I would feel a pressure in my throat followed by
coughing and bringing up of phlegm. There would then
be a perceptible release that the thing was out. Some
individuals are able to accomplish this with greater
confidence and aggressiveness than others.This author again supposes the power of demons is fear. It seems to me a very humanist approach. If I may id like to say the power and bondage of the devil is sin and rebellion to God. When a man is made righteous by faith in Jesus Christ the power and curse of sin is broken. And thus the deceiver and foe displaced. The burden of guilt and shame is rolled away he has assurance and liberty, joy and strength by grace through faith that is in Jesus Christ.

I don’t like demons. They smell bad. Unclean, you know. Jesus didn’t like demons either. Jesus never met a demon that He didn’t didn’t like. I like what John Osteen used to say: “If I were God, the first thing I’d do is kill the devil. Then I’d invite all the demons to his funeral, and kill them too.” Well, that’s not exactly God’s plan, but something not too far from it will happen in the end. In the mean time the solution is the forceful advance of the Kingdom of God. Wherever the Kingdom advances it displaces demon power. This happens on both a personal and societal level. Jesus was a master at casting out demons. In the healing ministry of Jesus you really see His compassion, but in His deliverance ministry you really see His authority. Demons are terrified of Jesus — and they are terrified of people full of Jesus. As well they should be.

Nor can any believer escape this conflict, so
long as he resolutely presses forward in the
pursuit of true holiness and effective ministry. It
is part of the training of the Lord’s overcoming
people. In the Kingdom Age, Christ has
planned that they shall reign with Him from the
heavenly places over the earth. It is
consequently not strange that the principalities
and powers, who are to be dispossessed of the
seats of authority now occupied by
themselves, should savagely resist their own
displacement. These spiritual enemies oppose
every forward step of the overcomer; they will
seek to confuse his mind, sometimes drawing
him into error, or into extravagance in doctrine.
They may even attack him in body, or in
circumstances, or through his family or his
friends.

Through Mental Disorders
Again, it is a mistake to say that all mental illness is directly attributable to demons. When I asked a Christian psychiatrist about the relationship between mental illness and demonic activity, she responded with her own question: “If mental disorders are the result of demonic activity, then why do the symptoms almost always disappear when treated with the right drugs?” Good question.
Our thoughts and emotions are directly traceable to a series of electrical and chemical impulses in the brain. When the brain does not function properly, drug therapy can help restore the natural balances that God intended. However, our thoughts and emotions are more than a series of electrical and chemical impulses. There’s an immeasurable, though very real, spiritual component that influences our thoughts and emotions. Positively, this spiritual component can protect us from anxiety and its attendant consequences: “Be anxious for nothing, but in everything by prayer and supplication with thanksgiving let your requests be made known to God. And the peace of God, which surpasses all comprehension, will guard your hearts and your minds in Christ Jesus” (Philippians 4:6-7).

We will discuss how to apply this passage in a later chapter; my point here is that if a positive spiritual exercise like prayer can influence our thought processes by removing anxiety, then it is reasonable to conclude there are also negative spiritual influences that can seize control of our minds and emotions. While not all mental disorders are caused by external spiritual forces such as demons, some of them are.

Consider the man in Luke 8 who was controlled by numerous demons. A refusal to put on clothes, withdrawal from others, strange voices emanating from his mouth, and deep depression were symptoms that today would immediately land him in a mental hospital. Yet as soon as the demons left him, notice the immediate and radical change in his mental state and behavior: “The people went out to see what had happened; and they came to Jesus, and found the man from whom the demons had gone out, sitting down at the feet of Jesus, clothed and in his right mind; and they became frightened. Those who had seen it reported to them how the man who was demon-possessed had been made well” (Luke 8:35-36).

The restoration of this man’s mental health did not require years of psychotherapy or drug treatment, because his root problem was not primarily physical or emotional, but spiritual. Please understand that I’m not condemning psychotherapy or chemical treatment. Strong biblical counsel and appropriate drug therapy are tools God can use to bring emotional healing to people. What I am suggesting is that sometimes there is also a spiritual component to mental disorders we should not ignore.

Prophetess Delisa Lindsey is the Co-Founder of True Love Church of Refuge, Inc. located in Charlotte, NC along with her faithful husband, Apostle John Thomas Lindsey. Hailing from a long line of preachers, even as dated as the mid 1850’s, Prophetess Lindsey, a covenant preacher, was born from both maternal and paternal families of ministers. Prophetess Lindsey has spent twenty years studying the word of God and served eleven consecutive before entering full time ministry. She has traveled extensively imparting the Kingdom mandate of preparation for the Glory of the Manifested Presence of the Lord Jesus Christ. Delisa has a unique gift for imparting prophetic understanding of times and seasons with a keen prophetic eye with powerful signs and wonders following. The Lord called her, The Big Eyed Prophet, indicating her spiritual ability to see into the spiritual realm and discern evil forces at work. Prophetess Lindsey has a strong global ministry where she impacts thousands of lives almost daily as she releases fresh words of wisdom, revelation, warning, and instruction to the Body of Christ at large. Although Prophetess Lindsey was commissioned as an Apostle, her love for the prophetic outweighed a claim for a new title. Prophetess Lindsey is humbly submitted to the apostolic fathering and leadership of ‘The General of Deliverance”, Apostle Ivory L. Hopkins, Pilgrims Ministry of Deliverance, Harbeson, DE. She is the Senior Instructor at True Love Apostolic College, a prolific writer of bible studies, commentaries, prophetic articles, a prophetic song writer and a devoted mother to six children whom she and her husband have raised to be active in ministry.

Sin is not a part of man