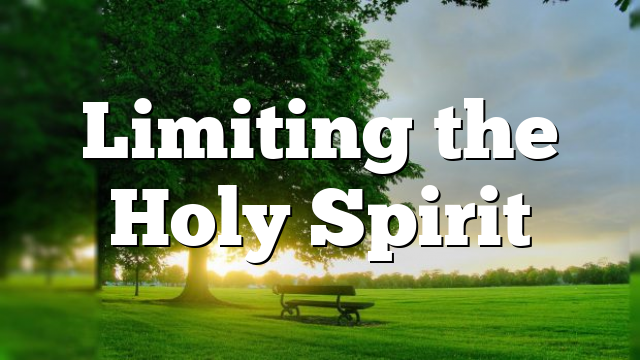 There are things that get “off” in the charismatic movement, just as among the evangelicals and the denominations. But John MacArthur was totally out of line, throwing out the baby with the bathwater, in his attack on the charismatic movement a while back. He is an admitted cessationist, teaching that the spiritual gifts are not for today, thus depriving his followers of the powerful, God-given gifts for encouragement and service to others.

If it doesn’t contradict God’s Word

Manifestations not found in the Word but not contradictory to the Word, the Holy Spirit is fully able and does bring about

Something that contradicts the Word is always wrong. But manifestations not found in the Word but not contradictory to the Word, the Holy Spirit is fully able and does bring about. Often it is these “greater things” that will get people’s attention to then hear the Word and be saved.

For example, so-called holy laughter is in that category. When I first experienced it in the mid 1980s in the ministry of Joe Jordan (many years before the Toronto Outpouring), I told the Lord I would not participate in something not of Him and asked Him to show me. He did, dramatically! Within a minute I was on the floor laughing my head off – very uncharacteristic. God is a gentleman – it was in no way forced on me. I had told Him I only wanted that which was from Him.

By the end of the night, I had so much joy of the Lord and was freed up to share the Gospel, when before, I was quite shy. I saw permanent, ongoing, life-changing fruit in dozens of lives – people delivered from deep depressions, habitual anger, etc., and others who took on powerful ministries for physical healing, small group leadership etc.

God has wonderful ways, which we should not limit and automatically assume they are wrong just because they are new to us. I stand by the uncompromising Word of God but am careful not to quench the Holy Spirit.

The Way the Gospel Message is Intended to be Presented…

The Way the Gospel Message is Intended to be Presented Prelude The churches in America have lost their spiritual mooring, which explains the falling…