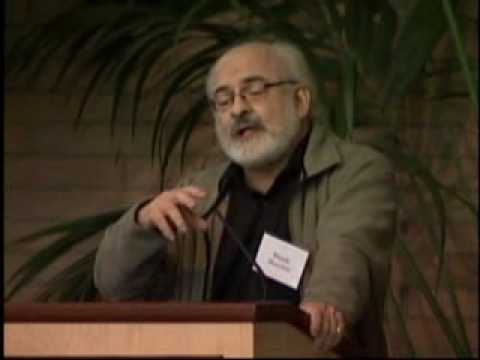 Is there a Pentecostal who can answer this question?

I’m looking for a clear answer from any man of God . I’m not looking to point fingers but this just confuses me. Halloween is it holy or unholy? . A church I use to go to,is against all participation and the pastor there gives a good explanation why… But a couple years later I move to a new church and they have a thing called harvest something were they dress up and Give candy from their trunks at their church lot, brothers dressing up but not going from door to door , they just do it in the church lot. anyone?? is it holy or unholy or in between, Double mind.

Mark Gonzales [12/29/2015 7:46 PM]
can you explain. I just seen this type of participation in many pentecostal churches. It botters me. All I hear is that its fun and that they are just doing it to have a safe place

Ricky Grimsley [12/29/2015 7:53 PM]
Its the same as easter or christmas. It has evil origins. If your ok with those Halloween can be used for good too (if your conscience lets you.

Mark Gonzales [12/29/2015 7:53 PM]
I aint forcing no one to follow laws. If they continued doing what they want, thats them. I just want a peace of mind, what way to follow. Either do it or not. If they are correct, well, ill count myself in to all their celebration . if not , well i wont

Chris Cannon [12/29/2015 7:54 PM]
Halloween is unholy because of what it now stands for. Wiccan religions use it as their holiday to worship their Gods A lot of devil worship goes on during Halloween

Mark Gonzales [12/29/2015 7:59 PM]
Thats what i alway thought Chris, its just going around many pentecostal churches, and I really see truth to these churches but then I stumble across this. I just never get a clear answer from them through scriptures. Scripture is almost all against it. Light and darkness etc

Maybe we should put Halloween as part of our preaching, teaching , Cristmas the birth of Christ is, Praise the Lord for his Son, Thanks Giving, Thank full for all hes done 🙂

Stan Wayne [12/29/2015 8:17 PM]
Laws laws a lot of neighbors smile at each other on All Hallow’s Eve and a lot of legalistic Christians are anti social

Stan Wayne [12/29/2015 8:20 PM]
Why do you ask questions for which you have predetermined answers – better get rid of Christmas trees for you before the atheists do later

Mark Gonzales [12/29/2015 8:21 PM]
its what i think, but i need a clear answer. Since its the body and im part of it
better to be one in the body, But if that part is wrong i rather be not part of it
Its what im going to do with it. Not that Im going to be imposing my ways and rules on them
I aint the head, so I cant tell the body were to go.
I guess no one can really give me a clear answer, Im still against it, as the word says about these types of celebrations. No pentecostal can give me a clear why yes or why not. Its still worldly, no separation, Evil, I see no light to it, theres many other ways to win souls than doing it that way. A little leaven , leavens the whole lump, ways of the world, not holy. Our temple dressed unholy, I think. A lamb dressed as wolfs. Well thats me they say. Worry about my own salvation they say, its true. Thats why Im asking. But i get a legalistic tag.

Stan Wayne [12/29/2015 8:54 PM]
I lost a post a minute ago but we see it as an opportunity to be friendly – we know the crazy kids will always prefer gruesome things but we train our kids to have fun and to dress in an uplifting and clever way – we appreciate what the early missionaries to Europe did in starting All Hallows’ on top of a pagan culture to transform it

Stan Wayne [12/29/2015 8:59 PM]
Of course we avoid gruesomeness which the crazies love but the vast majority of kids out their are just wide eyed and excited about the community celebrating the kids – one house in our village was lit up as Noah’s ark – I don’t even know if they were Christians but it was good

Mark Gonzales [12/29/2015 9:07 PM]
so as long we are being friendly and the kids having fun, it doesnt mater what we celebrate, or is this part of what God says about Love . Sorry I always go scripture. 🙂 thats the reason we have scripture, it gives us light in this falling world. Light to our feet. Give me some good scripture im sure there is,so I can agree with ya

Here is a good read about redemption John Kissinger [07/06/2015 2:49 PM] …if all had remained condemned to the punishment entailed by just condemnation,…