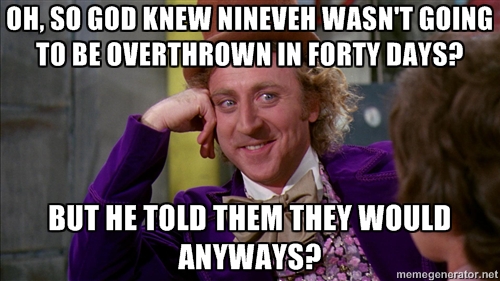 In an effort to make God more appealing to our society men like Greg Boyd, Clark Pinnock, Richard Rice, and John Sanders have promoted a God who “does not know every detail about what will come to pass…[T]he future is, to some degree at least, open ended and God knows it as such.”[1] Is this a biblical view of God? Have these well-intentioned men simply misinterpreted some biblical passages? Or is it much more sinister?

Jon Sellers [11/06/2015 2:32 PM]
A heresy would be something that denies an essential aspect of God and Christ and the plan of salvation such that to believe it is to miss knowing Christ is a salvific way.

Open Theism affirms all the orthodox qualities of God and Christ and the plan of salvation.

As our understanding of reality has changed over the centuries we can better articulate how the God revealed in Christ relates to the world in which we live.

While we now understand the earth is not supported by pillars and does not have a firmament in the heavens holding back the waters, we still understand that the God of Genesis created the world as we know it. We just know the reality of the world better than the ancient writers could have.

Therefore, Open Theism is not heresy, but a way of understanding the attributes of God in relation the His creation.

Brian Roden [11/06/2015 2:34 PM]
God could still foretell something through prophecy because He knows what His plans are, and He has the power and authority to carry them out. From what little I’ve read from open theists, they still believe in God’s omnipotence and ability to carry out His plans without being thwarted. Rather than saying that God knows every minute detail of what will happen (exhaustive foreknowledge), they see a God who is big enough to plan for every contingency and still achieve His ultimate will no matter what fallen angels or mere mortals may choose to do in the meantime.

Jon Sellers [11/06/2015 2:35 PM]
What is the nature of prophecies given by people? Are they not mostly conditional, especially today.

Ricky Grimsley [11/06/2015 2:43 PM]
Well greg boyd is not entirely correct because the future is not entirely open ended. There are prophecies that will be fulfilled. However it will be because sets it up to happen not because he foresaw the future. God told ninevah they would be destroyed but they repented and he changed his mind. Jonah 3:10 KJVS [10] And God saw their works, that they turned from their evil way; and God repented of the evil, that he had said that he would do unto them; and he did it not.

Ricky Grimsley [11/06/2015 2:45 PM]
How many scriptures say this. Why did this happen???? Not because the future was known but so god’s prophecy would be fulfilled. Matthew 26:56 KJVS [56] But all this was done, that the scriptures of the prophets might be fulfilled. Then all the disciples forsook him, and fled.

Jehovah’s Witnesses hold #adoptionism: the view that Jesus became the Son of God at His incarnation. What do you believe? Ricky Grimsley [09/22/2015 11:47…