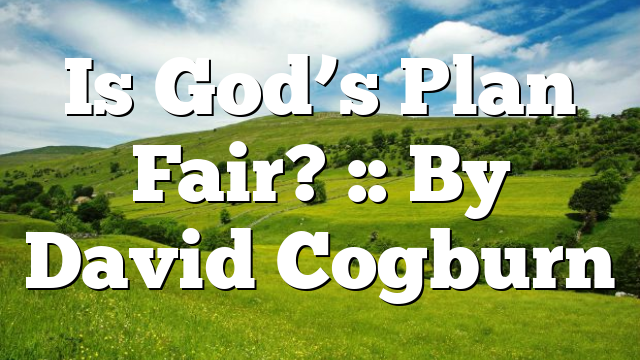 I think it is fair to say that the vast majority of us who follow the Rapture Ready site are born-again Christians who love the Lord big time and eagerly watch and wait for His soon return for His bride, the Church. Most of us love all things concerning God and His plan for the human race and our own individual lives.

Here is what we do know and what we don’t know. We know that if you are truly born again, you are saved, period. God does not make mistakes. He knows the hearts of every person; He knows who is sincere when they say Jesus is their Lord and Savior.

In John 6:39, Jesus says, “This is the will of Him who sent me, that I shall lose none of all those He has given me but shall raise them up at the last day.” This is what we do know.

What we don’t know is this: Of those who are truly born again, why do so many still live a sinful lifestyle, and what impact does that have on their eternal walk with the Lord?

We do not like to think of born-again Christians as living sinful lifestyles. How do we know that many do? God’s word, of course.

In 2 Chron 7:14, God says, “If My people, who are called by My name, will humble themselves and pray and seek My face and turn from their wicked ways, then I will hear from heaven and I will forgive their sin and will heal their land.”

This has got to be one of the saddest verses in the whole Bible. When God says if My people who are called by My name, it is easy to see that He is referring to born-again Christians, as we are the only ones “called” by His name.

WAIT. Born-again children of God are not supposed to be living wicked lifestyles, are they? God says we are at this time.

Then God says IF they will do these things – be humble, pray, seek God’s face, and turn from their wicked ways, THEN He will HEAR from heaven, forgive their sin, and HEAL their land. Aren’t our sins already forgiven? Of course, but this is referring to our daily “walk” with the Lord.

Think of our daily walk with the Lord as one where we have a SIN NET between us. We send Him our prayers, and He sends us His blessings. And our desire is to be faithful in doing that so that the sin net “between” us is always “down,” and there is no hindrance between our prayers and God’s blessings.

But when we sin, the sin net pops up between us and is now a barrier between our prayers and God’s blessings. And when we “repent,” the sin net comes back down, and our walk with the Lord is restored with no current sins between us.

2 Chron 7:14 is implying that too many of God’s born-again children are living a life where the sin net is “staying up” the majority of the time due to more focus on the world than their relationship with God.

Is our land healed by God at this time? Far from it. Why is that? It’s because of all the items God enumerated in 2 Chron 7:14. Is our land in such horrible shape right now due to all the unbelievers in our nation doing “their thing,” which interferes with God’s plan to bless and prosper our nation? Not hardly. It has ZERO to do with them and EVERYTHING to do with us.

From the time God formed our nation until the end of World War II, God was important to the majority of people in some way. Even though most of them were not born again, they still held God in high esteem and made sure our laws centered around things important to God.

That all started changing after WW II when ungodly people started getting into politics, especially our federal judicial system. They started turning our laws based on the masses’ rights superseding the individuals’ rights to where, in the 1960s, our laws flip-flopped to where individual rights superseded the masses’ rights. And it has grown and gotten much worse to lead us to where we are today.

The masses wanted to pray in school, and we had prayer in school. But when individual rights became the law of the land, one person could object to prayer in school and cause prayer to be thrown out — even though, out of 100 people, one person did not want it.

The masses said hard-core pornography was illegal, and it was illegal until individuals said they wanted to see it. And we see how horrific it is today.

2 Chron 7:14 shows us that God’s born-again children are living a more “worldly” lifestyle than a heavenly lifestyle.

The good news is that God is also saying this type of sinful, worldly lifestyle can be turned around and that if enough of God’s born-again children did turn around, then He would heal our land.

The title of this article is “Is God’s Plan Fair“? What plan? Actually, it’s God’s plan for “everything,” especially God’s creation of angels, human beings, and the universe.

I have written it so that it might appeal to all people – from people who don’t know God and have never read one page of the Bible to people who know of God but do not know how to truly have a personal, intimate relationship with Him, to people who love the Lord and are born again. Also, even people with advanced knowledge of the Bible will see things most have not thought about before.

I point out that for people who know very little to nothing about God’s plan, their understanding should be off the charts after reading the book compared to where they were before reading the book.

A book is obviously too long for a Rapture Ready article, so I will post a link for anyone who might like to check out my book. If you like it and think it might be helpful to others you know, please pass it along.

Here is the link:

Many blessings, and Maranatha, Lord Jesus.

A Chronology Of Peace