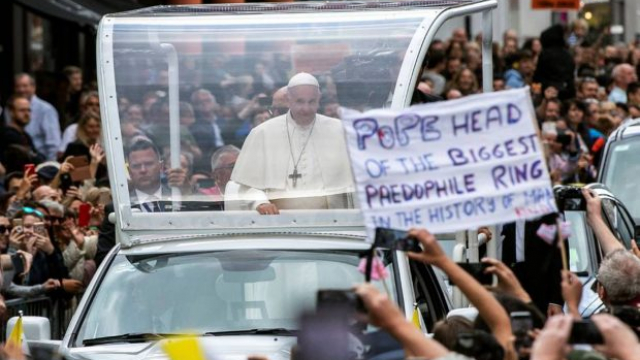 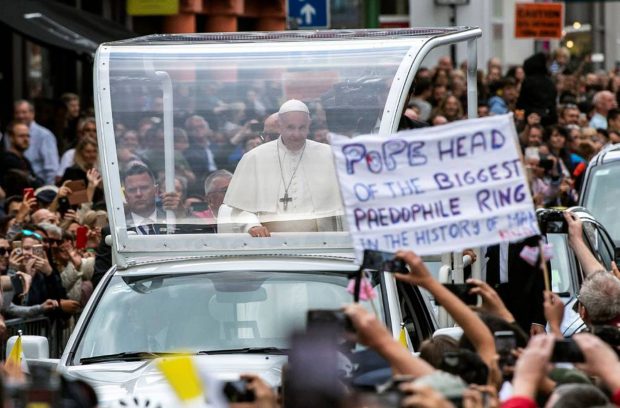 Pedophilia is a medically diagnosable disorder typically “defined as a psychiatric disorder in adults or late adolescents (persons age 16 and older) characterized by a primary or exclusive sexual interest in prepubescent children (generally age 13 years or younger, though onset of puberty may vary)”(Wikipedia). It is a disorder that does not discriminate by race, class or age. The Department of Justice estimates, approximately 400,000 convicted pedophiles currently reside in the United States (Snyder). The following will attempt to present a profile of a pedophile in order to make aware their tactics and typical personality traits used as part of a strategy to take advantage of innocent children.

SOCIALLY CHALLENGED
According to the American Psychiatric Association the overwhelming majority of pedophiles are male. They are typically more religious than not and over the age of 30 (Montaldo, Ruggles). Researcher reports a correlation between pedophilia and certain psychological characteristics, such as poor social skills (Emmers-Sommer). Pedophiles are typically antisocial with few friends and not in a relationship. If in a relationship, they will more likely be in a superficial one with a person whom has a child of their preferred age range whom they can target. If married, the relationship is more “companion” based with no sexual relations and is typically dysfunctional providing only a façade to their real identity (Montaldo).

INTROVERTED CHARACTER
Being an introvert, they will prefer to keep personal information limited. They are often vague about past history. If closed off to real intimate relationships then they do not have to share their real identity from which they are hiding. This achieved goal of avoidance is considered a great personal accomplishment and is one of the ways they compensate for low self-esteem. However, they will present such an overwhelming caring personality that purposes to form “intimate” bonds in which they will invest in listening to the lives of those around them. This bond will appear so real that one overlooks that there is no reciprocity of sharing and in reality you know nothing to very little about the pedophile with whom you feel close.

DEMONSTRATIVE PERSONALITY
Pedophiles may also demonstrate increased personal affection. You may observe that this type of person is “a hugger” or will constantly enter ones personal space and do so at times without invitation. This characteristic is accepted as a personality trait and innocently overlooked and excused. After time, one begins to subconsciously let their guard down as systematically the pedophile becomes closer to you and your loved ones entering an intimate realm. They also may attempt to exaggerate situations to test the limits of an individuals understanding. For example if another protests the initial reaction or exaggeration presented by the pedophile then this information give an insight to ones awareness level and how easily they may be manipulated.

PROFESSIONAL MANIPULATORS
Even though some studies show that a pedophile has lower intellectual abilities and self-esteem (Marshall) they are skillful professional manipulators. They are so successful they are able to present a non-unlikeable persona. Meaning they are overly friendly and engaging to the point where one finds themselves in a relationship without even making a conscious effort. Their personality is so magnetic that it attracts children and adults alike. One allows themselves to continue with such relationship due to the appearances of trustworthiness and respectability presented by the pedophile. They are people who are in good standing in the community and will find themselves in a position of helping such as coaching, ministry leaders, volunteers, and so forth (Ruggles, Wooden).

PROTECTOR ROLE
Child molesters often make efforts to gain access to or authority over children (Wooden). Because the internal desire of a pedophile is for a child to become a possession, a child is the focus of great destructive obsession. A child is the focal point of the world of a pedophile and may often be referenced in terms which are drastically uplifting or angelic such as innocent, heavenly or divine (Montaldo). This strong child advocacy is often viewed as an innocent protective act and is one of the reasons why they are allowed to get close to children. You may also overlook all of the physical affection or photographs taken of a child because this is done in a manner which is portrayed as a service to children across the board. If a pedophile does take pictures in the open, others will be convinced that such are not for personal use but for the greater good perhaps being published in a child advocacy resource or so forth.

CHILDLIKE GESTICULATION
A pedophile, even though they charm their way into the lives of adults by trade, they prefer to be around children more so feeling more comfortable and understood. They surround themselves with items that will make them more appealing to children perhaps even including the way they dress. Some even control the way they talk and prefer to use a soft, slow, gentle, childlike, and more so feminine voice over a strong, threatening, controlling manly voice. They obsessively prefer childlike activities over adult ones. They may test the acceptance level of playing children’s’ games with children by first attempting to see if adults like to play such games as well.

UNDERDOG MENTALITY
It is true that some pedophiles are highly intellectual. Yet they will use any intellectual difficulty or perceived difficulty to their advantage and enjoy being the “underdog”. This allows them to reach out to even the most unaware unknowledgeable person for help with everyday tasks. It is a part of human nature to help those in need and a pedophile will use this to their advantage. This is how they get their foot in the door in order to silently but skillfully creep into your community, social network and ultimately your personal home. You may see this characteristic demonstrated in the constant reminder that they are from a different town and are not familiar with the local culture or area. Or they may obsessively seek your guidance, assistance or approval for even the smallest of tasks. They play off of ones need to be needed.

EPILOGUE
Remember pedophiles are professional manipulators and you will have to make a conscious effort to see through the sophisticated front which they have learned to master. Keep in mind that you should always trust your internal instincts. This is one area in which a pedophile has no advantage over you. Do not attempt to convince yourself that what you are sensing is not real for it is when you fall into this trap that you begin to slowly loose touch with reality and are bewildered and sucked into a lye one which is too dangerous to ignore. Never be afraid by the lies that I will hurt ones feelings if I make aware my observations or I am being too pushy by trying to get more history on a person who is so closed off. When all of the signs are present it is our responsibility as true child advocates to protect our children at any cost.

2011. Copyright. All Rights Reserved by Author and CCMI Consortium. Not to be reproduced in any manner without permission of author or CCMI.

Premillennialism of the Early Christians

Premillennialism was the most widely held view of the earliest centuries of the church. Philip Schaff has said, “The most striking point in the…