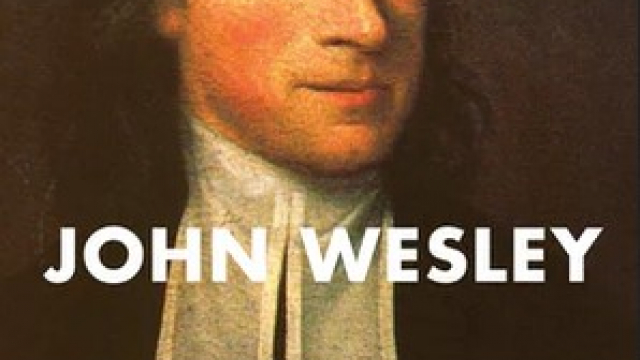 This work offers a window into the shape of the thought of the Anglican priest and eighteenth-century revivalist John Wesley. Knight uncovers the peculiar theology of the Great Awakening pioneer, illuminating his passion for the gospel and vision for church renewal. Knight is an ordained United Methodist Church elder and the Donald and Pearl Wright Professor of Wesleyan Studies and E. Stanley Jones Professor of Evangelism at the Saint Paul School of Theology.

The book journeys through Wesley’s main contribution to Christian thought, his soteriology. Knight considers Wesley’s thought in light of the Moravian and Calvinist controversies, his unique emphasis on the restoration of the imago Dei, theology of grace, practical ethic of love, and later controversies (such as the nature of Christian perfection and view of the church). Concluding chapters explore Wesley’s theology of revival, eschatology, and the heart of his soteriology—the reality of renewing grace through divine love.

Wesley’s legacy endures as an architect of the Great Awakening and one of the foremost theologians of the eighteenth century. He adopted an Arminian soteriology in a revival championed by new light Calvinists like Jonathan Edwards. Wesley conceded the Augustinian principle of original sin and total depravity (or deprivation); however, his concept of prevenient grace underscored the reality of a moral conscience whereby one possessed the ability to cooperate with God’s saving grace. His cooperationist perspective allowed him to circumvent the deterministic implications of predestination. As Knight describes, Wesley’s salient soteriological contribution remains his “optimism of grace,” rooted in the transformative character of the Spirit’s work from conversion through the entire way of salvation. Wesley’s optimism allowed him to move from original sin to the often-controversial concept of “Christian perfection” (or “entire sanctification”). Knight underscores the nuances of Wesley’s view of Christian perfection, consisting in the synthesis of “instantaneous” and “gradual” sanctification. If early on in his career Wesley admitted one could achieve absolute perfection (“as an angel”) and “immunity from both error and temptation” in this life, his thinking subsequently matured, transcending the dualism that pitted direct experience against means of grace (108–9).

The intellectual legacy of Wesley is accented by the way he suspended inherited dichotomies. Alongside his synthesis of instantaneous and gradual sanctification, he reconciled the antinomian opposition between Christ’s imputed righteousness and practical holiness in addition to conflicting theologies of revival. In response to antinomian dualism, Wesley advocated the living out of saving grace; accordingly, one is “justified by faith alone, but genuine faith is given to those who have repentant hearts and lives” (113). While Wesley was concerned with the goal of personal salvation, it was only of initial consequence—he constantly looked beyond individual justification to sanctification and the “spreading of holiness throughout the earth” (127). Similarly, Wesley’s theology of revivalism hinged on a sovereign work of God that is both precipitous (“sudden”) and measured (“gentle”). Quoting from Wesley’s “The General Spread of the Gospel,” a revival might begin as “a shower, a torrent of grace” but more generally will “silently increase wherever it is set up” (in Knight, 128).

Among the principal contributions of the book is Knight’s pneumatological reflection on Wesley’s soteriology. Wesley’s goal of a new creation and restoration of the imago Dei in every believer was achieved by the perfecting (renewing) work of love through the Spirit. As Knight describes:

That our renewal in love is a work of divine power led Wesley to develop a more dynamic theology of the Holy Spirit than his Protestant predecessors. Grace for Wesley was much more than divine favor, which then and now is often construed in such a way as to leave persons fundamentally unchanged rather than as entry into a transformative relationship with God. Grace at its heart is the power of the Holy Spirit; thus, we can approach God with an expectant, although not a presumptive, faith (143).

While Wesley admitted that divine power is expressed in the miraculous, its foremost purpose was renewal—transformation and perfecting, through relationship, into the likeness of God. John Wesley: Optimist of Grace is a first-rate introduction into the theology of the revivalist and founder of Methodism. This work will appeal to scholars and laypersons alike interested in the heart of Wesley’s thought and Wesleyan theology.

U.S. Embassy to move to Jerusalem?

JUST IN: President Donald J. Trump on Wednesday is expected to order the State Department to start the process of moving… Публикувахте от Fox…