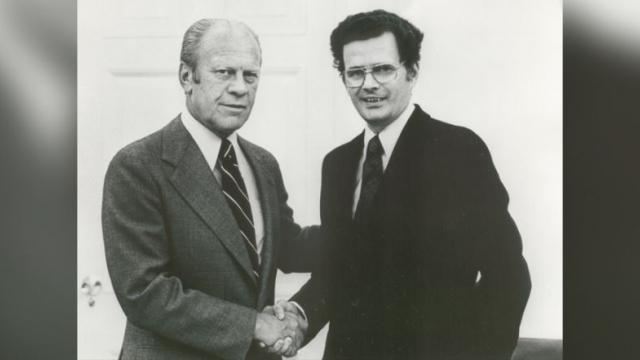 Don Wilkerson, who cofounded Teen Challenge with his brother David, has been actively involved with the ministry for almost 65 years. The well-known addiction recovery ministry was founded in 1958 by the two brothers, just after David Wilkerson began his monumental evangelism of gangs in New York City, which ended with a citywide crusade where several of the gang members were converted.

The Teen Challenge ministry rose to prominence with the publication of David Wilkerson’s book, The Cross and the Switchblade, in 1963. The book was released as a movie in 1970, and played in some 5,000 theaters across the United States.

In 1987 David and Don Wilkerson founded Times Square Church in Manhattan, New York City. After meeting in temporary quarters, the church leased the Mark Hellinger Theatre building on West 51st Street in 1989 and purchased that building two years later. In its new location the church has grown to a weekly attendance of 5,000.

Don Wilkerson has authored and coauthored a number of books, including Bring Your Loved Ones to Christ, Called to the Other Side, A Coffee House Manual, Counseling by the Scriptures, The Cross is Still Mightier Than the Switchblade, Dear Graduate: Letters of Practical Advice from Don Wilkerson, Fast Track to Nowhere, The Gutter and the Ghetto, My Story: Confessions of a Hope Pusher, and Within a Yard of Hell.

Fifty years ago Don Wilkerson shared a testimony of a Teen Challenge resident named Joe who went to a scheduled court hearing and was sentenced to prison because of a previous crime he had committed. Joe had been in the Teen Challenge program in Brooklyn for two months, and it was assumed that the judge would allow him to stay in the program. Once the news reached them, all the staff and the young men in the program began to pray for Joe’s release. The court-assigned lawyer was Jewish, but he knew that Joe had accepted Jesus Christ and that it had made a difference in his life. He did not need to go to prison. The judge was unwilling to change his mind, so the lawyer took the case to a higher court. Everyone at the Teen Challenge Center continued to pray.

Four weeks after his sentencing, the state Supreme Court agreed to hear Joe’s case (and in the meantime he had won four cellmates to Christ). At the hearing, one of the Brooklyn staff members was allowed to approach the bench to explain the Teen Challenge program and what had happened to Joe. The judge listened carefully and decided to overrule the decision of the lower court. Joe was released to go back to Teen Challenge. Joe and everyone at the Teen Challenge Center believed God had answered their prayers.

Also featured in this issue:

• “The Faith That Brings Healing,” by Harvey McAlister

Do you have Pentecostal historical materials that should be preserved? Please consider depositing these materials at the Flower Pentecostal Heritage Center (FPHC). The FPHC, located in the Assemblies of God national offices, is the largest Pentecostal archive in the world. We would like to preserve and make your treasures accessible to those who write the history books.

TRUE or FALSE: All Pentecostal trace roots to Azusa? by Dr. Vinson Synan

Pentecostalism: William Seymour What scoffers viewed as a weird babble of tongues became a world phenomenon after his Los Angeles revival. Vinson Synan Of…