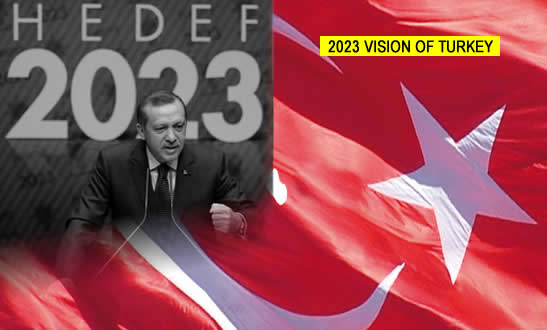 Erdogan’s Message after the failed attempted coup was kind of simple: “Who is like the Beast. Who can make ‘a coup’ against him?”

Just as the world was bamboozled to think that Erdogan of Turkey was out, even sending me messages that ‘your Antichrist theory is now debunked’, hours later, a surprise reveals the total opposite, Erdogan is a cat of ‘ten’ and not just ‘nine lives’. He could very likely also be the man who leads the beastly kingdom with ten horns.

What we see in Turkey is a point of no return.

Whether one believes this coup is another Balyoz (Sledgehammer), a planned coup published in Taraf in 2010 to overthrow the Justice and Development Party (AK Party) government, or if this was a genuine coup that went bust, Erdogan succeeded in gearing Turkey to the point of no return.

This Is It. Saints, Listen, Ponder, Contemplate, Heed Instruction. It Is Time To Be Wise: Embrace Yourselves Keeping Vigilant With Oil In Your Lamps. We Have Just Entered An Era Of Darkness Where Only The Woman Who Stomps This Crescent Moon Will Stop The Red-Dragon Devil (Revelation 12).

This is just in from Reuters. The overhauling of everything in Turkey has just begun:

And with the re-organization of the military … its all over.

It was rather an attempt to mimmic Muhammad, the prophet of Islam returning triumphant to Mecca with the crowds singing “Tala’a Al-Badr A’layna” (here arises the moon).

And while western prophecy analysts busy themselves about these unfulfilled ‘blood moons’ here comes this other ‘moon’ to fulfill the very prophecies they so much are awaiting. Here we will walk you through a story unfolding before your very eyes O sleepy westerner.

So you know nothing about this red blood-moon rising?

Here let me help all who slumber. The “moon” of Islam will soon “turn into blood” and this is the “red-dragon” rising from Turkey.

Erdogan recently prepared for making himself “the moon” (Badr) of Islam.

Tala’l Badr (here arises the moon) is the most significant chant in Islam. Watch Erdogan sucking in the rays of being moon-Mahdi while looking like the ancient Sultans of the Ottomans:

The white moon rose over us

From the valley of Wada

It has become obligatory upon us to be grateful

Whenever an invoker invokes Allah

You are the full moon

You are light upon light

You are the light of the sky

With the failed coup, Erdogan mimics Muhammad with this very similar story of Muhammad.

You still do not understand? Let me explain it simply.

This moon, before he is stomped by the Woman of Revelation 12 must arise. The traditional Islamic chant where the Ansar (residents of Madinah) sang to the Islamic prophet Muhammad upon his arrival to welcome him after he sought refuge there after being forced to leave his hometown of Mecca. It is the story from the Quran it mimics Erdogan’s plight yesterday:

“Bismillah (In the Name of Allah), the Beneficent, the Merciful And when theunbelievers were devising against thee [Muhammad], to confine thee, or slay thee, or to expel thee, and were devising, and Allah was devising; and Allah is the greatest of all deceivers” (Qur’an 8:30)

Erdogan was about to be slain or expelled just like Muhammad the prophet of Islam. Yet he came back triumphant instead.

And after this was all over, as it was for Muhammad, there is always a scapegoat, Muhammad’s was his uncle Abu Jahl, for Erdogan it was his x-close ally, Fethullah Gulen whom he blamed during his speeches yesterday.

Gulen became Erdogan’s Abu Jahl. During Erdogan’s speech to the crowds waving hisRabi’a hand, the symbol of the Muslim Brotherhood, he vowed revenge from the man in Pennsylvania Fethullah Gulen.

It was rather a parallel of Muhammad’s story when an attempted coup was devised against him by Quraysh when the Makkans plot to kill the Prophet, imprison Him or expel Him from Makkah. Yesterday’s story goes that there was an attempt to expel Erdogan, even claiming that helicopters bombed Erdogan’s hotel in Marmaris where he was staying as the coup started, but miraculously, like Muhammad, in Jabal Thawr and Laylat al-Mabit where Muhammad was already gone and like Ali who risked his life so Muhammad can escape death, here comes the Turkish people risking their lives for Erdogan chanting the very “Bismillah” we told you of decades ago:

It seems rather orchestrated to make the miracle from Allah that is needed to catapult Erdogan as another Sultan Fatih, Second Muhammad and Mahdi.

The story mimics prophet Muhammad’s struggle. Here we have President Recep Tayyip Erdogan, who was on vacation holidaying on the coast when the coup was launched, flew into Istanbul before dawn on Saturday exactly at a time for his victory speech on TV appearing among a crowd of supporters outside the airport chanting “Allahu Akbar” and “Bismillah”.