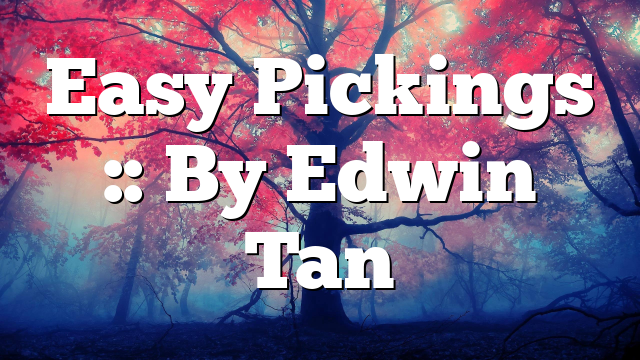 The Word of God advises us to “Be sober, be vigilant; because your adversary the devil walks about like a roaring lion, seeking whom he may devour” (1 Peter 5:8).

Interestingly enough, there are multitudes of people who profess to be Christians but pay little or no regard to the above-said piece of timely advice. It is as good as no question about the adversary going on a rampage in the countdown to the Tribulation. Yet there is untold and excessive downplay on the part of these individuals; they fail to figure out the makings of a genuine existential threat which is in real-time motion.

Unbeknownst to them, the enemy is closing in on his prey. They are his prey, and they don’t know it. It all boils down to their simplistic view of what they are up against: so long as there is church attendance, prayer meetings of questionable spiritual value, and philanthropy – there is sufficient cover.

So these folks get on with their worldly life while pushing God into the closet.

When the evil one sees this, he simply breaks into laughter. Easy meat! They truly have no idea that this is beyond playing with fire. The problem here is, if you care less about how the enemy works, he has a definite advantage over you. There are a good number of people who say that they do not wish to be too ‘spiritual’ – the bare minimum is more than sufficient. Sounds like this: they are pushing Christ to one corner and placing their energies on the things of the world. When this happens, they are truly defanged – when the snare falls on them, it is game over!

Downplay and underestimation are indeed the soft spots the devil preys on. Small wonder why he can literally devour someone beset with these frailties. We are talking about a very intelligent opponent who knows where and when to make a move. Every weakness is fully and mercilessly exploited; worst of all, it hits when least expected! The fallen nature of mankind is the evil one’s best ally; it is through this inherent frailty that deception works effectively. A deceived person is laden with confusion, unable to see the forest from the trees. This individual could be swimming in needless circles, not capable of differentiating the truth versus a lie!

The devil uses a myriad of flaming darts to stalk his victims. These can be deemed as awesome and close to unbeatable. Indeed, this is very true when you face up to the enemy with your human faculties while leaving God out of the equation. In such a state, you are as soft as silken tofu, dead easy for the adversary’s digestion! “For we do not wrestle against flesh and blood, but against principalities, against powers, against the rulers of the darkness of this age, against spiritual hosts of wickedness in the heavenly places” (Ephesians 6:12).

This is no laughing matter; if an individual stood against the dark forces by going solo, there is only one conclusion. A gone case! The evil one heads a hierarchy of heinous hands, ready to wreak the greatest havoc on any unsuspecting human being. The snare could come immediately, or it could be deferred, but it will eventually come! There is always that sanguine aspect in humanity – all about invincibility amidst cleverness. It can be a treacherous pitfall that ultimately leads to the gates of hell!

Seduction is the other sugar-coated poison pill that the evil one enjoys toying with. A worldly psyche would not evade his attention; a variety of deceptive lures only serve to draw the unthinking into deep distress. That seductive force is potent and as good as impossible to suppress. It is very much like a loose woman hell-bent on snaring a man for her own personal gain. Escape seems out of the question unless you walk the talk where the Living Word is concerned. “And I find more bitter than death The woman whose heart is snares and nets, Whose hands are fetters. He who pleases God shall escape from her, But the sinner shall be trapped by her” (Ecclesiastes 7:26).

Ever wondered why it is an arduous task getting the Gospel to certain people? The dark forces sure did quite a makeover which has hardened hearts. These folks would argue tenaciously and refute the truth with all demonic ferocity. They are prone to stubbornly defending false doctrines while running down the way, the truth, and the life! About all their postulations are based on earthly cornerstones, which they hold on to like a mule! It can be quite frustrating trying to enlighten these folks, but take heart; “Because the foolishness of God is wiser than men, and the weakness of God is stronger than men” (1 Corinthians 1:25).

We might get put off by their recalcitrant leanings, but they are heading in the wrong direction. Sadly speaking, these people are earmarked for the delusion that will engulf the planet once the Bride of Christ is taken out. “And for this reason God will send them strong delusion, that they should believe the lie, that they all may be condemned who did not believe the truth but had pleasure in unrighteousness” (2 Thess 2:11-12).

We can stand up against anything the adversary hurls at us because we immerse our very lives with the truth in the Counsel of God. We were once like them, but never again will it be so. “And you He made alive, who were dead in trespasses and sins, in which you once walked according to the course of this world, according to the prince of the power of the air, the spirit who now works in the sons of disobedience” ( Ephesians 2:1-2).

Lovers of Darkness and Haters of Light

A STUDY IN THE SCRIPTURES “Lovers of Darkness and Haters of Light!” “And this is the condemnation, that light is come into the world,…