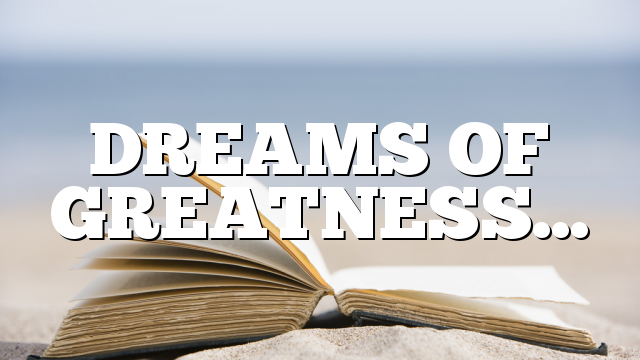 In Genesis 37:5 (NKJV) it says “Now Joseph had a dream, and he told it to his brothers; and they hated him even more”

In this series I will attempt to teach by precept and example. Most of what I will share about joy and peace, will be in the form of principles and precepts. When we look at the life of Abraham and Caleb. We see Abraham waited 25 years for his promise and Caleb waited 45 years for his. We will now look at the life of Joseph who received a promise from God and waited for it to come to pass in his life. He waited for the promise at the tender age of 17 when he was just a teenager.

Reading from the scriptures, I am pretty sure that he did not know the full extent of the promise, and all that he was going to endure in the space between the promise and the performance. It took 13 years, but the promise finally came to pass. We will look at some of the things he did in those 13 years. He went on a journey that took him from a pit, to the house of a man named Potiphar, to prison, before he finally landed in the palace that was destined for him. I pray that we all learn from his examples.

We start our journey by looking at Joseph’s journey in Genesis chapter 37. In this chapter we learn that Joseph was the 11th of Jacob’s 12 children and he was his. He was his favorite because he was born in Jacob’s old age and he was also the firstborn son of Jacob’s first love (Rachel). Jacob made it known that Joseph was his favorite and that caused strife and jealousy between Joseph and his older brothers. To make matters worse, Jacob gave Joseph a coat of many colors; to signify his position as the favorite child of the father.

Oh, the brothers hated him even more when they saw him wear that coat. To add insult to injury, in the midst of all of this, God gave Joseph a dream. He showed him in the dream how he was going to be above his brothers and how his brothers would bow to him some day. The young teenager made the critical mistake of telling his brothers the dream.

This caused his brothers to hate him. Our text goes on to says that they hated the dream even more than they hated Joseph. They could not stomach the fact that their little brother, the one they considered a spoil brat, would someday rule over them. They wanted to kill Joseph, thereby killing the dream.

The Lord gave Joseph a second dream. This time it was clear that even Joseph’s father would be under him some day. So guess what Joseph did? He obviously had not learnt from the hatred brewing in his brother’s hearts, so Joseph told his father about the dream. His father was upset and rebuked him for it. The dreams that had been given to him, from God, were now alienating him within his own family. His brothers began to call him “The dreamer,” and they wanted more than anything else to kill the dream.

So here are my thoughts on this subject:

1. God does not speak to where we are, He speaks to where He desires for us to be.

2. God will show you your destination, but you must be prepared for all that you will have to endure in the space between the promise and the performance.

My closing comment is to be careful who you share your dreams with. There will always be people in your midst who will attempt to become dream-killers in your life; but their purpose cannot stop God’s purpose in your life.

WE MUST REMEMBER ONE THING THAT WE HAVE A GOD WHO KEEPS HIS PROMISES.

[Yesterday we looked at the Spiritual Disciplines of PRAYING, FASTING and GIVING. Today we’ll look at Reading the Word of God, Meditating on or…