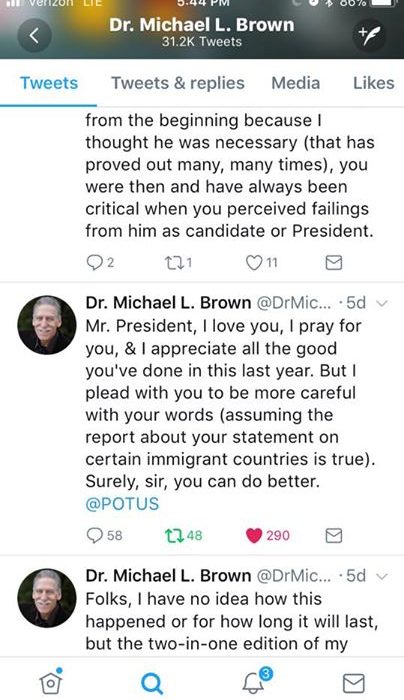 Mr. President, I love you, I pray for you, & I appreciate all the good you've done in this last year. But I plead with you to be more careful with your words (assuming the report about your statement on certain immigrant countries is true). Surely, sir, you can do better. @POTUS

FacebookTwitterSubscribe
Subscribe to receive all news to your email or phone: [wysija_form id="1"]
brownsdrmichaelpresidentstatementtrump

Seeing Past Your Past

Watch “Made for More: Seeing Past Your Past” Jentezen Franklin, host of Kingdom Connection & Pastor of Free Chapel. www.jentezenfranklin.org