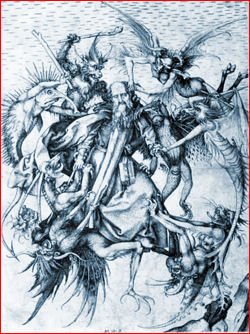 Do PENTECOSTALS still believe that one can be demon possessed?

1. When was the last time you cast out a demon?

2. When was the last time you witness a demon being cast out?

Matthew 10:5-8 These twelve Jesus sent forth, and commanded them, saying, Go not into the way of the Gentiles, and into any city of the Samaritans enter ye not: But go rather to the lost sheep of the house of Israel. And as ye go, preach, saying, The kingdom of heaven is at hand. Heal the sick, cleanse the lepers, raise the dead, cast out devils: freely ye have received, freely give.

Luke 4:33-37 And in the synagogue there was a man, which had a spirit of an unclean devil, and cried out with a loud voice, Saying, Let us alone; what have we to do with thee, thou Jesus of Nazareth? art thou come to destroy us? I know thee who thou art; the Holy One of God. And Jesus rebuked him, saying, Hold thy peace, and come out of him. And when the devil had thrown him in the midst, he came out of him, and hurt him not. And they were all amazed, and spake among themselves, saying, What a word is this! for with authority and power he commandeth the unclean spirits, and they come out. And the fame of him went out into every place of the country round about.

We won a man to our church who brought a whole bunch of people to our church. The mother of one of the families was a very interesting person.
She came to a dinner we had and somehow she found out I was the Pastor and wanted to chat with me. So, I sat at her table to talk and oh my goodness!!! The stuff that came out of her mouth was beyond triple X rated.

This woman had knowledge of many different religions and had melded them together to come up with this weird belief system. She was extremely jealous of her husband, she was seriously addicted to marijuana, she was extremely angry, extremely bitter, vicious when she would attack people, I believe she was schizophrenic, her children tried to avoid her, her siblings stayed away from her and she could come up with a lie on someone so fast your head would spin. I had never dealt with someone like this before.

One night, I was called to her daughter and son-in-laws house to help them deal with this woman. We sat down and tried to talk through some of the problems they were having. All of a sudden this woman went into a rage (demonic rage) and started accusing her daughter and son-in-law of all kinds of horrible things. We tried to get her to stop but she wouldn’t she continued on for quite a long time.

I told my wife and the couple to not say anything, not to listen to the lies and not to react to her just to pray. At some point, she must have realized what she was saying was not working and then she turned on me. She came up with some stuff that made my hair stand on end. As soon as she started in on me, my wife and I began to immediately rebuke this woman/spirit with everything we had in us. After about 10-15 minutes of serious rebuking, praying and quoting of scripture she finally stopped.

Since this incident, I had to ask her not to come back to the church for a while and after that period of time she came back, we began working with her and the change in this woman is amazing. She is not perfect but she is nothing like what we first saw. God is so good!

FacebookTwitterSubscribe
Subscribe to receive all news to your email or phone: [wysija_form id="1"]
demonpentecostalspossessed