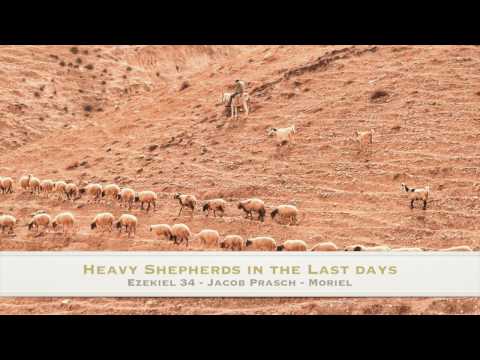 The Shepherding Movement (sometimes called the “Discipleship Movement”) was an influential and controversial movement within some British, Australian and American charismatic churches. It emerged in the 1970s and early 1980s. The doctrine of the movement emphasized the “one another” passages of the New Testament, and the mentoring relationship described in the Second Epistle to Timothy.

It began when four well-known Charismatic teachers, Bob Mumford, Derek Prince, Charles Simpson, and Don Basham, along with Ern Baxter and John Poole, “formed the organization that would be ‘the center of one of the most violent controversies (i.e., the Discipleship/Shepherding controversy) in Protestant charismatic history,’ Christian Growth Ministries (CGM), headquartered in Ft. Lauderdale, Florida.”[1][2]

In 1970, Basham, Prince, Mumford, Baxter and Simpson began teaching a doctrine of ‘spiritual covering’ that required individual Christians to be submitted and accountable to a leader.[3] Their doctrine of a vertical, descending, chain of command established:

“a pyramid-shaped, multi-tiered organizational structure, which had at the top echelon of the pyramid (it just so happened) none other than the Fab Five themselves, who claimed (conveniently) to be in “submission” to each other, which arrangement, they purported, acted as a fail-safe “checks and balance” system to totally preclude them from falling prey to the corruptive properties of absolute power to which, historically, so many others (albeit, less spiritual than they, of course) succumbed.”[4]

The Shepherding Movement is a controversial method of church leadership that grew out of theCharismatic movement in the 1970s. It is also called the “Discipleship Movement” and is related to heavy shepherding. The Shepherding Movement, which began as “Christian Growth Ministries” in Ft. Lauderdale, Florida, reached its peak in the 1980s, but its impact has since lessened. The Shepherding Movement has received well-deserved criticism for its cult-like manipulation and intimidation tactics and its emphasis on the non-biblical idea of a “spiritual covering.”

The basic idea of the Shepherding Movement is one of submission to authority. The Shepherding Movement called for five leaders at the top of a global leadership pyramid. These men were responsible for one another’s spiritual health and keeping each other on track by “covenant relationships” and mutual accountability. Beneath each of those five “shepherds” were five other people, responsible for one another but submitted to the authority of their shepherd. And so on, down the line. Each of these groups of five was called a “submission,” and their devotion to their shepherds was absolute. No major decisions were made without first consulting with one’s shepherd—marriage and career choices included.

The catalyst that started the Shepherding Movement was a moral failure in a charismatic ministry in South Florida.  In response to this failure, four well-known Charismatic leaders – Bob Mumford, Derek Prince, Charles Simpson, and Don Basham – came together as the crisis response team.  These men, realizing they were equally vulnerable to moral failure apart from accountability, agreed to submit themselves to each another.  This mutual submission became a supernatural experience for them, and they bound their ministries together.  Eventually, Ern Baxter joined the core group, and “The Fort Lauderdale Five”, as they became known, was established.

Many of the original leaders of the Shepherding Movement or Discipleship Movement have admitted that the movement was a mistake and have disassociated themselves with it. But how much damage was done? The church must be wary of those who would take advantage of them. As Paul warned the Ephesians, “Savage wolves will come in among you and will not spare the flock. Even from your own number men will arise and distort the truth in order to draw away disciples after them. So be on your guard!” (Acts 20:29–31).

Being slain in the Spirit