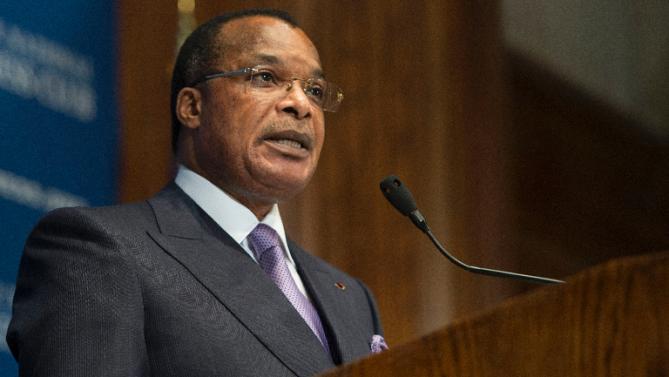 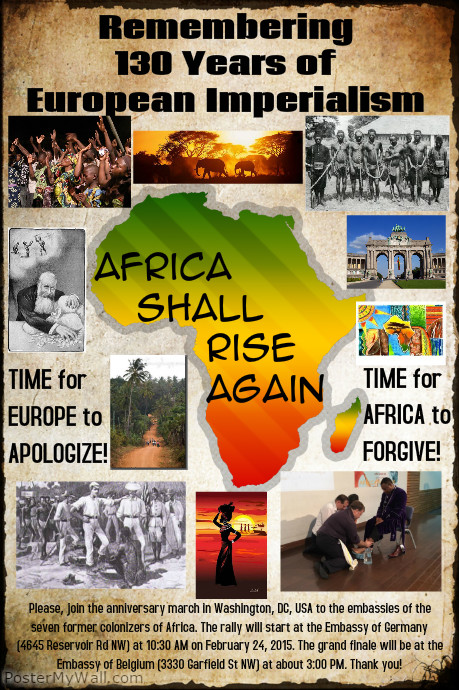 Global Reconciliation 130
Remembering 130 Years of European Imperialism in Africa
A Time for Europe to apologize! A Time for Africa to Forgive!

WASHINGTON DC, USA, 20- 26 FEBRUARY 2015 –The Global Reconciliation 130 Project (GR 130) with the support of civilians from all around the world are conducting a campaign in Washington, DC, USA, under the title: Africa Shall Rise Again: Remembering 130 years of European Imperialism. The campaign will consist of the following three civic space events;

1. A Christian Conference in Silver Springs, Maryland, USA titled “Gospel Celebration” with the African Community headed by Bishop Elise Mulumba will take place on February 20-22, 2015. A public lecture on the Congo Free State regime and appeal for reconciliation will be given there by Dr Miroslav Atanasov.

3. The flagship event will be a rally-march to the seven embassies of the European countries, which colonized Africa, on February 24 2015. The march will begin at the Embassy of Germany (4645 Reservoir Road Northwest) at 10:30 AM. The grand finale of the march will be at the Embassy of the Kingdom of Belgium (3330 Garfield Street Northwest) around 3:00 PM; besides bearing the burden of the colonial crimes committed in the Belgian Congo (1908-1960) Belgium is also responsible for currently denying the African Holocaust that her second monarch Leopold II perpetrated in the Congo Free State (1885-1908).

FORGOTTEN ROOTS OF THE AZUSA STREET REVIVAL Stanley H. Frodsham quotes Pastor Swan’s claim to having spoken in tongues in 1875. Swan speaks of…