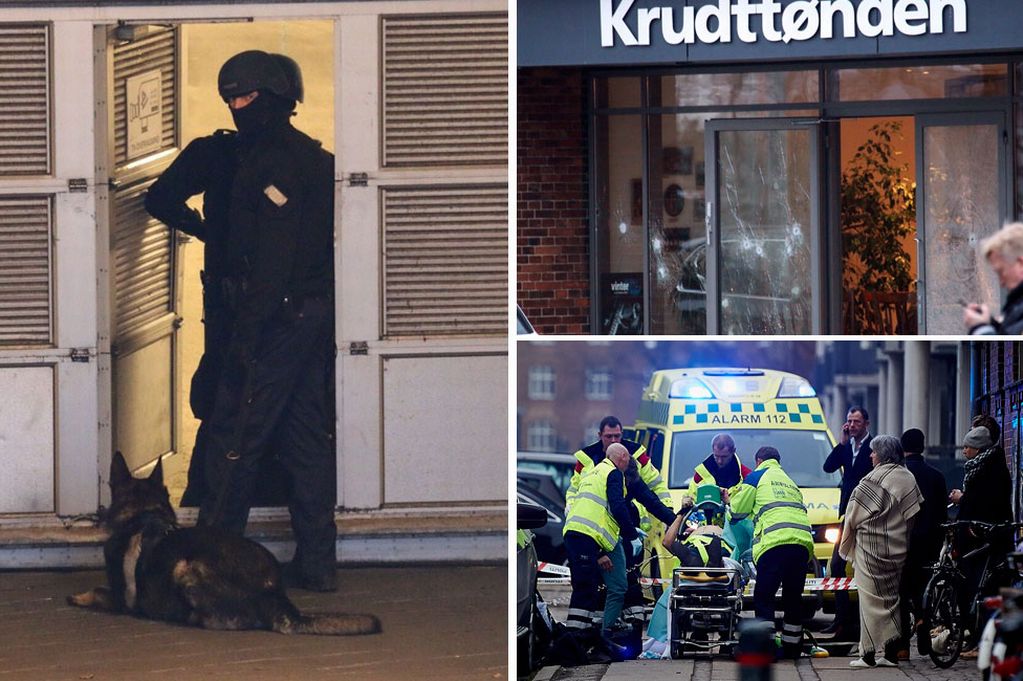 Police in Copenhagen say they have shot dead a man they believe was behind two deadly attacks in the Danish capital hours earlier. Police say they killed the man in the Norrebro district after he opened fire on them. It came after one person was killed and three police officers injured at a free speech debate in a cafe on Saturday.

In the second attack, a Jewish man was killed and two police officers wounded near the city’s main synagogue. Police say video surveillance suggested the same man carried out both attacks. They do not believe any other people were involved.

“We assume that it’s the same culprit behind both incidents, and we also assume that the culprit that was shot by the police task force… is the person behind both of these assassinations,” Chief Police Inspector Torben Molgaard Jensen told a news conference. He said police would maintain a high presence in the city